11 Incredible Running Records That Will Knock Your Socks Off 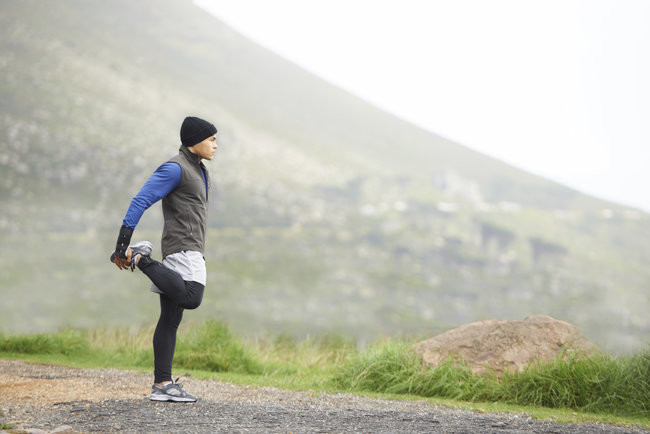 People are capable of doing incredible things. The following records really knocked our socks off – and show that running is anything but boring. You can make a real challenge out of it! 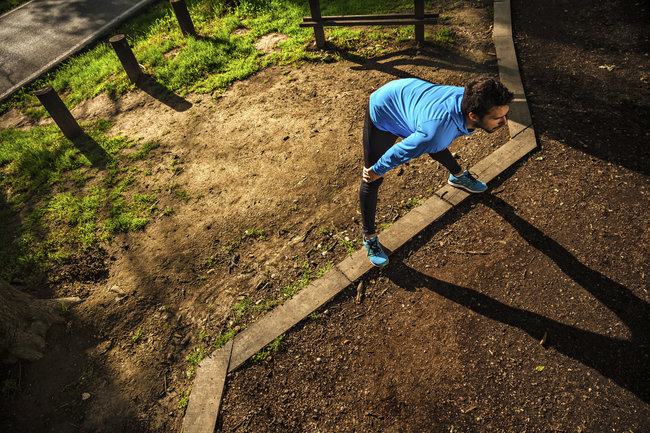 Xu Zhenjun from China is the record holder in backwards running. He ran the entire Beijing International Marathon backwards. While many (forward) runners are happy when finishing in under 4 hours, Zhenjun crossed the finish line after 3:43 hours.

7 days on the treadmill

Rainer Predl came up with an incredibly special challenge. The ultra runner from Austria resolved to break the record of the highest mileage on a treadmill within 7 days. With 853.46 km, he managed to set a new world record. There’s more: the extreme athlete holds the world record for 100 km on a treadmill. In case you’re wondering, Predl ran 168 hours during that week while making do with just 15 hours of sleep in total.

A special form of ultra marathon is a 24-hour run. Here, the participants have to run as far as possible within 24 hours. The male world record is 303.506 km and was set by Yiannis Kouros and Mami Kudo holds the female record of 252.205 km. Want to give it a try? Sign up for the charity run in Irdning, Austria on July 3rd and find out how many times you can run the flat 1.2 km route.

This record was not set on a treadmill, but in a real competition. Dennis Kimetto (Kenya) was the first to beat the 2:03 hours and finished the 42.195 km at the Berlin Marathon in 2:02:57 hours.

Unbelievable, right? But we found some even more incredible records for you…

Fauja Singh (India) is the world’s oldest long-distance runner and the first one to finish a marathon at an age of 100 years. They call him Turban Tornado. His career as a marathon runner took off pretty late – at 89 years old. Back then, he finished in 6:54 hours. Singh set his personal record of 5:40 at age 92. At the age of 101, he ran his last race in Hongkong. All in all, he has reached the finish line a total of 9 times in cities such as New York, Toronto and London.

The Self-Transcendence 3100 Mile Race is one of the most extraordinary running events ever. With its 4,989 km it’s the world’s longest running route – and it leads around just one block in New York. Runners can circle the block from 6 a.m. to midnight. German extreme athlete Madhupran Wolfgang Schwerk covered the route in 41 days, 8 hours, 16 minutes and 29 seconds. During this time, he set a total of 74 new world records between 1,400 miles and 5,000 kilometers. On average, Schrenk ran 120 km per day. Plus, he even added a few more rounds after finishing the race to reach the 5,000 km mark. 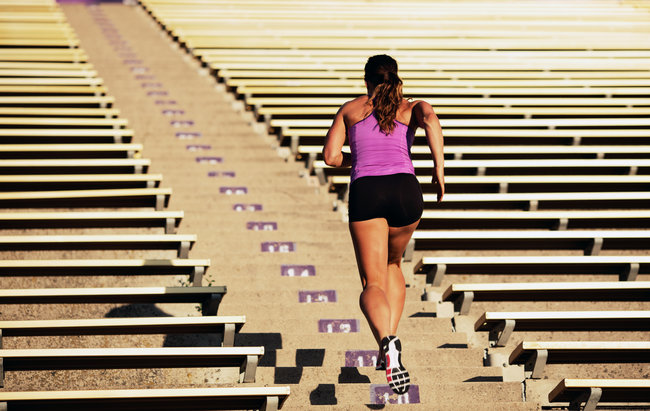 Christian Riedl (Germany) is one of the world’s best stair runners – and current holder of the world record in 12-hour stair runs. Within a 12-hour time frame, he covered 13.145 meters of elevation gain at Frankfurt’s Tower 185. Therefore, he had to run up 71 times and take the elevator back down time and again. Besides the CN Tower Climb and the Empire State Building Run Up, there are some great tower running events in Chicago, but also European cities like Vienna, Frankfurt, Berlin, Basel, Warsaw and London host international stair running events. Plus, some Eastern European locations have started appearing on the stair running map. If you want to work on your endurance, try it out – stair running is a great workout!

There’s just one person that has mastered this challenge: Taking the cable car to visit Germany’s highest mountain, Zugspitze, is too boring for Freddy Nock (Switzerland). He decided to walk up – on the cable of said cable car! With this crazy idea, he set the world record for the highest and longest high rope run without balancing pole. We can’t even watch this…! 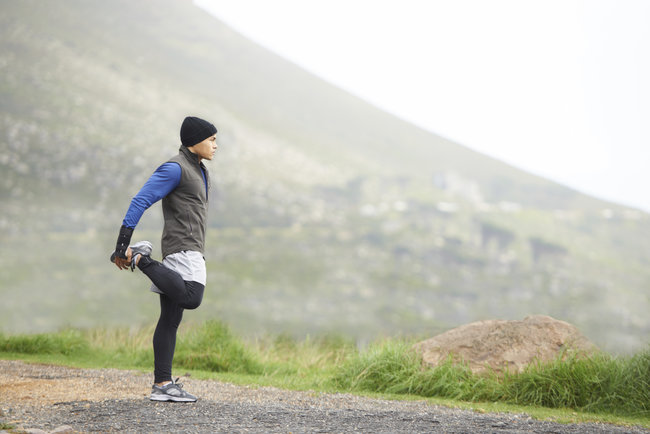 Distance: 512 km (320 miles); elevation: 36 km (118,000 ft); number of summits: 214. Are you ready to go and run this? Steve Birkinshaw mastered this incredible challenge in the English Lake District in six days and 13 hours. With this performance, he broke the old record of seven days, one hour and 25 minutes from 1987. While covering the distance of approximately two marathons each day, Birkinshaw tracked the entire route via GPS.

The 4 Deserts Race covers a total of 1,000 kilometers and leads across four deserts: Atacama, Gobi, Sahara and the icy wastes of Antarctica. Ultra marathon runner Ryan Sandes from South Africa was the first one to win all four, 250-km extreme races. So far, only two people were able to follow suit: Anne-Marie Flammersfeld from Germany and Vicente Garcia Beneito from Spain, who also holds the record for the fastest run across one of the four deserts. He crossed the Chinese Gobi desert in 23:12 hours.

Wayne Botha is the world record holder in barefoot running. He covered approximately 211 km within 24 hours without shoes in Auckland, New Zealand. That’s the farthest distance someone has run barefoot. He also set another record for the fastest 100 kilometers ran with bare feet with a time of 8:49 hours.

Have you ever heard about or set an extraordinary running record? We’re always looking for great success stories – and yours might be the next one! Share your experiences with us in the comments!

What to do the Week Before a Half Marathon

Running Off-Road: These 5 Trail Running Tips Will Get You Started