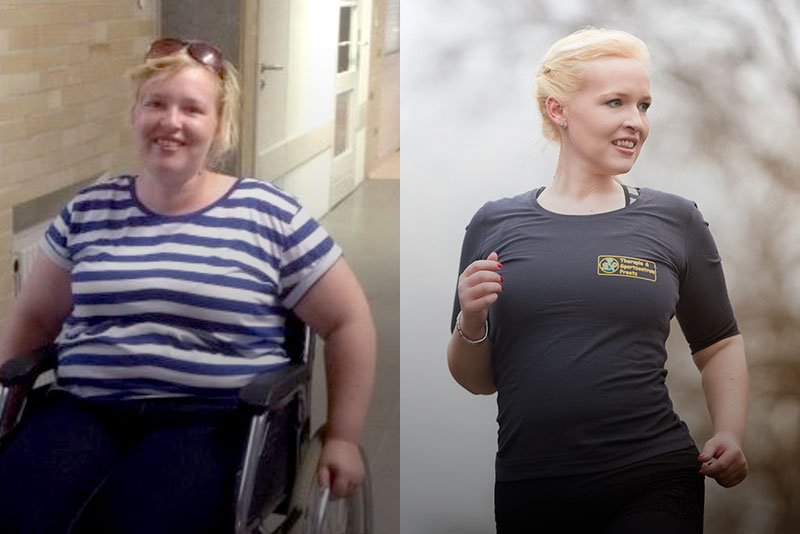 At the beginning of 2015, Janin hit rock bottom: “I was overweight, depressed and unhappy with my job. But, I knew I was too young to keep living this way,” said the 29-year-old. So Janin from Schleswig-Holstein started looking for a new job. The new task got the 29-year-old motivated – and Janin used this momentum to start feeling comfortable in her own skin again. “I signed up for a gym. When I stepped on the scale there for the first time in years, I thought I was going to have a heart attack. 110 kg (242 lb) was staring back at me.”

So Janin began to exercise four to five times a week. Swimming and workouts on the elliptical and the bike helped her lose the first kilos. “Other activities like running would have been too hard on my body and my bones at the time. My weight was also causing me problems with my ankles. I am sitting in a wheelchair in the before photo because I had just torn my ligaments again and broken my foot.”

Janin changed her diet and after the first six weeks started to slowly do strength training, which really got the kilos melting. However, the 29-year-old has to admit that there were setbacks. “But I hung tight and never thought once about quitting. Soon, exercise became a big part of my life.” By the end of 2016, Janin could finally start running. She wanted to monitor her progress and keep an eye on her goals, so Janin started using the Runtastic app to track her runs. 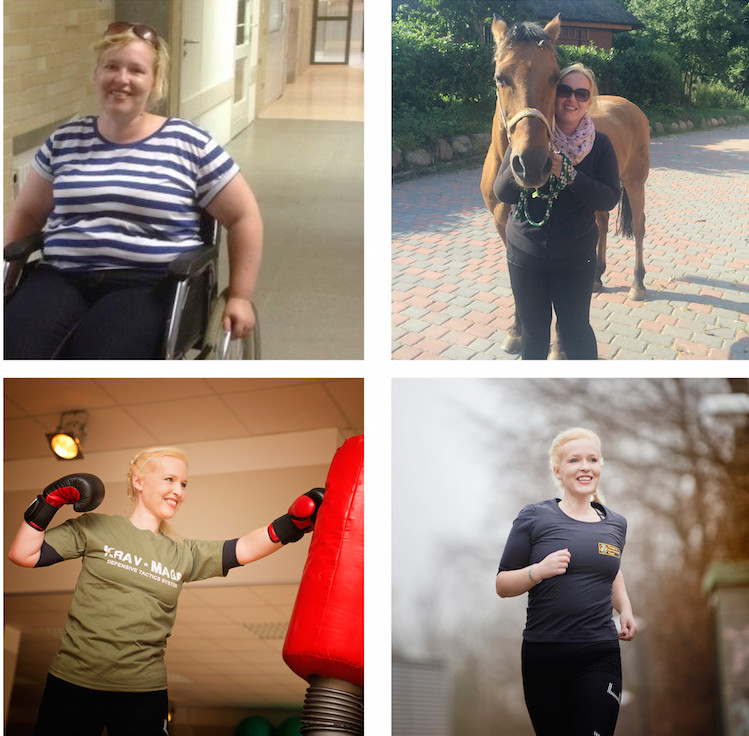 “Of course, I started out small: at first, I ran 2 km in 17 minutes.” But her discipline and joy of running were soon rewarded: Janin took part in the Kiel.Lauf Race in September 2016. “I ran the 6 km in 24 minutes,” she said with pride. “But the biggest victory for me was that just one short year ago, I could have never imagined running even 200 meters.” A year in which a lot changed: Janin dropped a whopping 50 kg (110 lb). 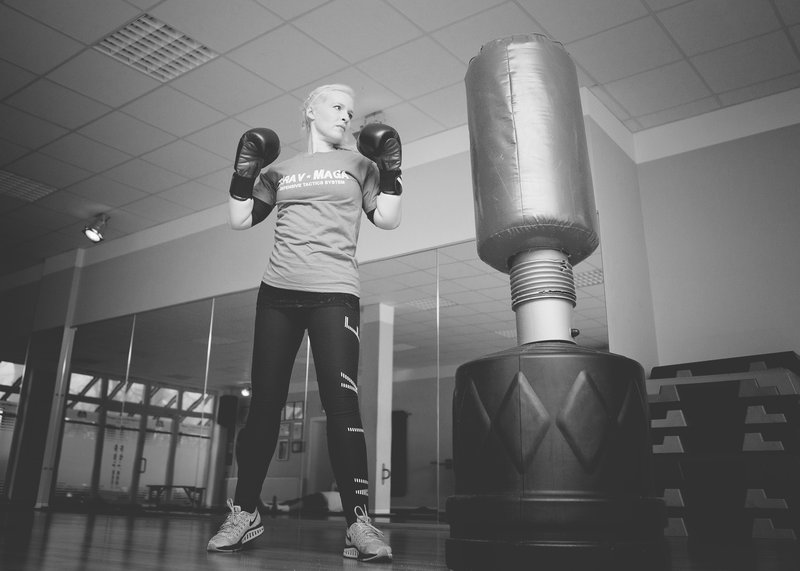 “Now, I run 20 km in 2 hours and 20 minutes. This year I also plan to take part in my first half-marathon. My weight loss has also led to many other positive changes – and I’m not just talking about appearance. I feel a lot more self-confident and have a new attitude on life. It’s important for me to share my weight-loss success story with others. Because everyone can do it!”

Have you also lost weight? We’d love to hear about it! Send your story and some before & after photos to mysuccess@runtastic.com.