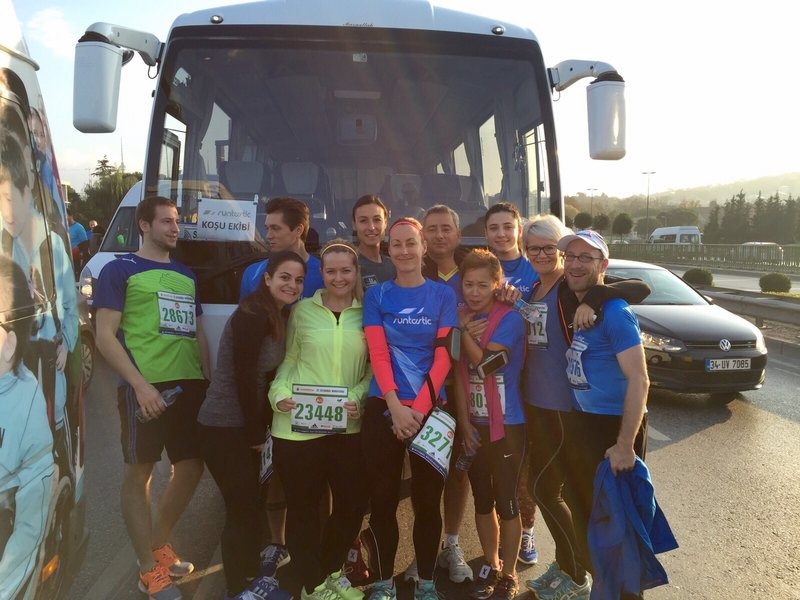 Merve Önoglu is our Marketing Manager for Turkey. She comes from Ankara, loves indulging in wonderful food and knows how to organize one heck of a trip. With a bunch of Runtastics and their significant others (in most cases) on board, she arranged a culinary, cultural and – certainly – active expedition to one of the most exciting places (in Turkey, Europe, the world): Istanbul. 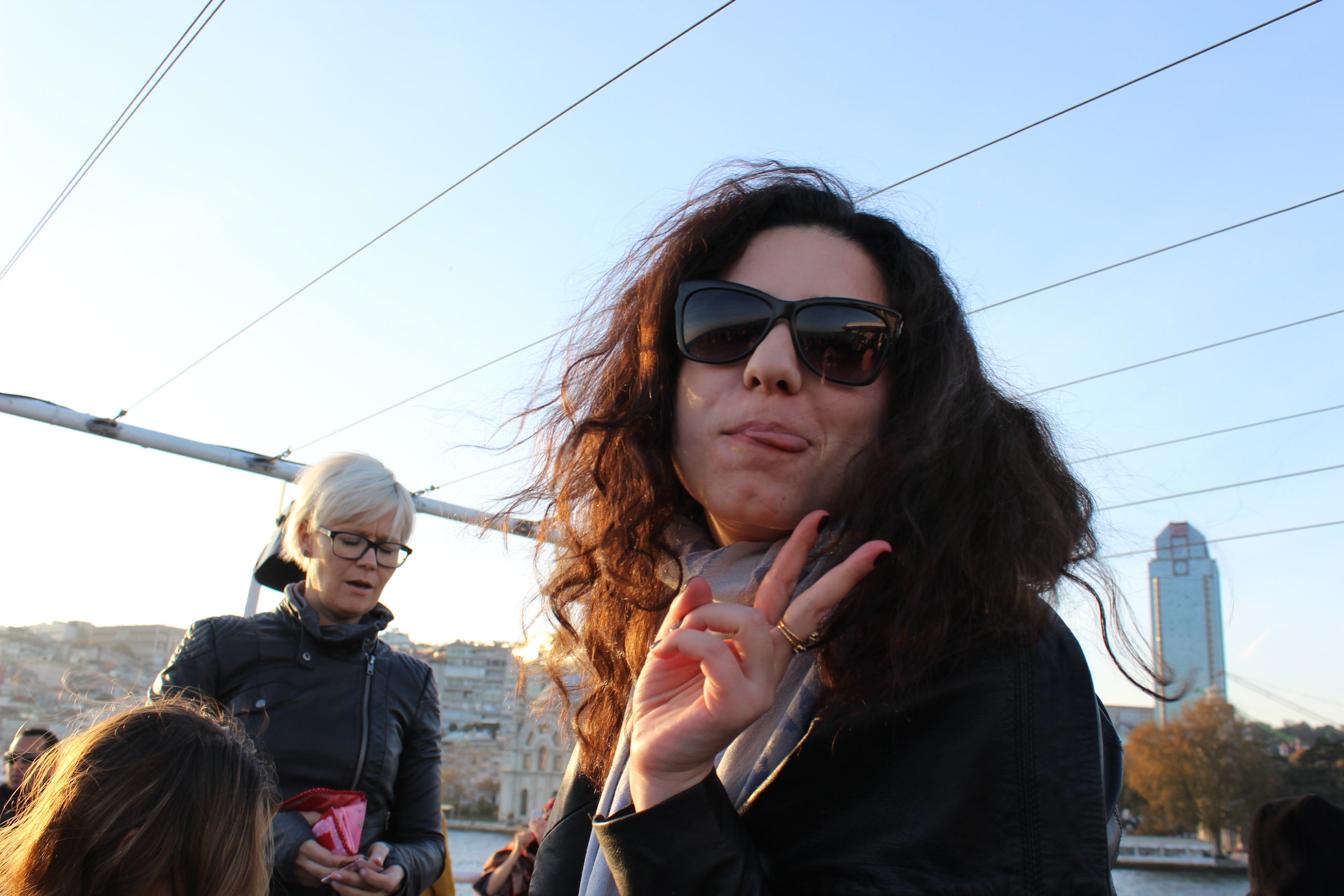 Working in an international environment not only means feeling like you are travelling all the time, but actually going somewhere every once in a while. And would there be a better opportunity than having a local on your team to show you exciting spots and introduce you to insider restaurants, bars and clubs? No, there’s not. And here’s why.

The vacation package
Even though travelling with a local made us feel a little less touristy, we certainly wanted to learn about the most important spots in Istanbul. Our hotel was centrally located (as regards excitement), since we were in walking distance of Taksim Square. The vibe we got from there was accordingly young, colorful and thrilling.

Merve had also arranged a bus to safely and efficiently bring us from A to B. This sounds like less of a challenge than it actually is since traffic is crazy and apparently no rules such as speed limits or red lights apply. They dropped us off and picked us up at the most famous locations (such as the Spice Bazar, the Blue Mosque or Hagia Sophia). It is always amazing to learn about the history and the current way of life of different cities.

The boat tour stunned us as well: both sides of the city show a great variety in architecture and lifestyle. In addition, the city’s size left us completely speechless… it took us more than forty minutes to ride from one point to the other, and we probably did not get to see the outskirts of either side. About 14.5 million people live in Istanbul (almost twice as many as in Austria), and therefore Linz and Vienna seem like small towns in comparison. 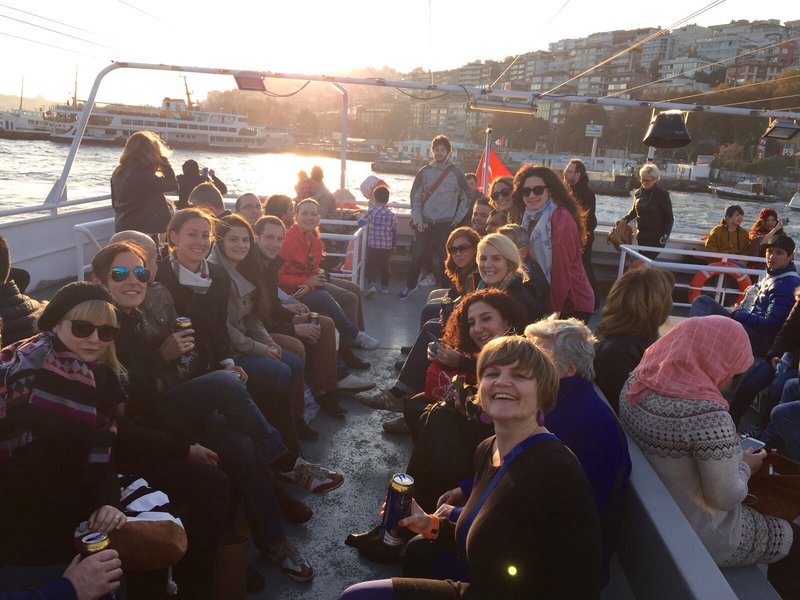 The way to our heart is through our stomach.
We all know dürum or kebap (by the way, we will eventually introduce you to Runtastic’s  Kebap Friday, when basically the whole company meets at the local stand here in the mall) from one or the other stand in the area. However, most of us have never had lamb intestines, rice stuffed mussels or Çoban salatası (Türkish salad) before. And apparently eating out is not only about eating. It is a happening, a social event, for which you’d better take your time. We started our first dinner at 8:00 pm with a variety of dips and salads. At ten, the main course was served and by midnight we were ready for clubbing. 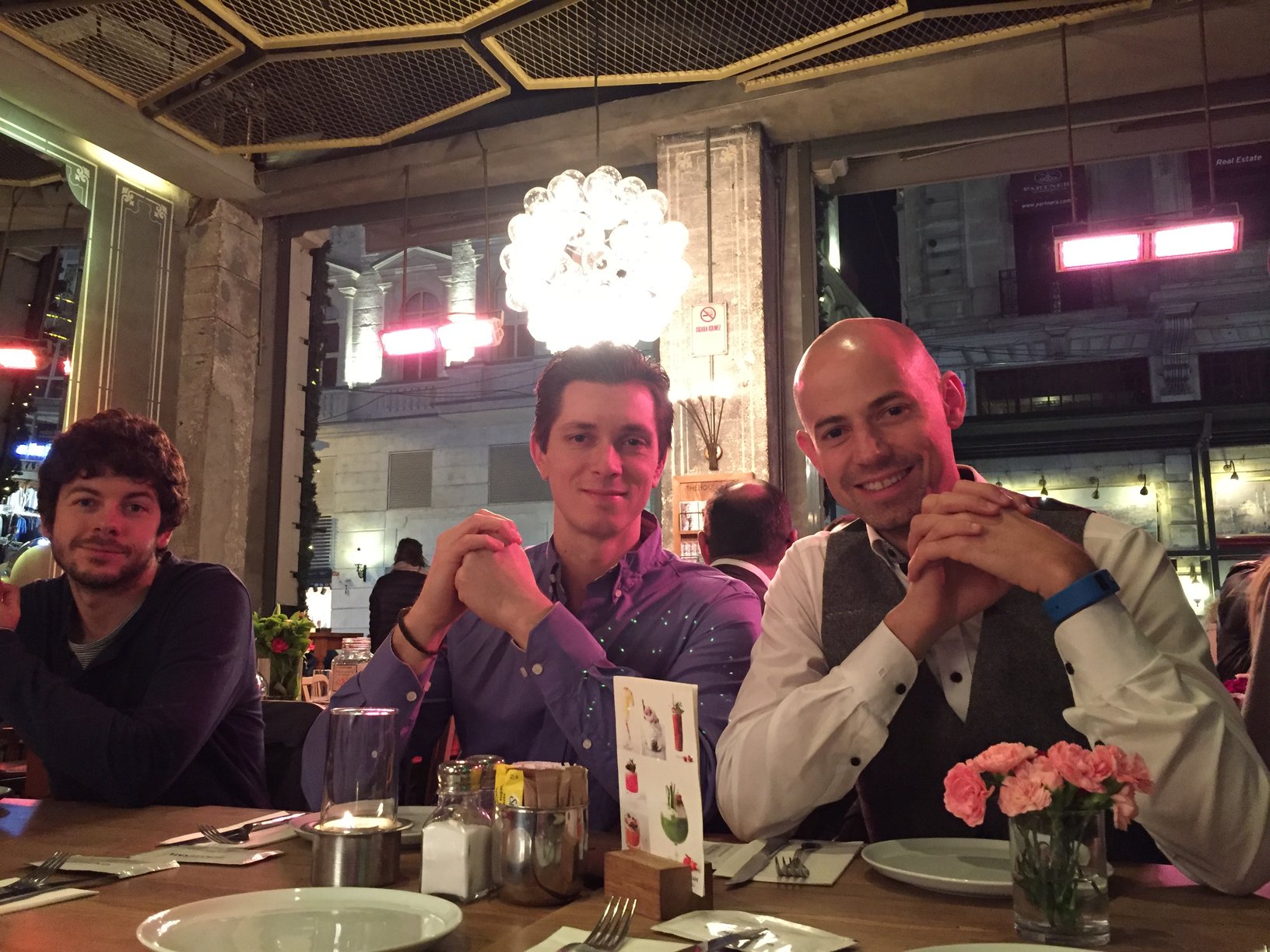 If you are too impatient, try street food. Naturally, you will be able to find things you already know by name (such as the abovementioned dürüm), but of course you will taste the difference when taking a bite of the original. Friends of culinary experiments will love fried mussels or spicy lamb intestines wrapped in bread. How cool is that?

Vegetarians and vegans are better served with hummus, salad (our recommendation: add walnuts and dill to arugula or dandelion) or spicy tomato paste. Just as tasty, just as recommendable.

However, since rambling on about the delicious variety might fill an entire blog post, let’s move on to a more serious topic: clubbing.

Let’s dance!
Of course, Merve introduced us to Istanbul’s nightlife. The taxi ride was an event in itself, as we went racing through the city, passing narrow streets, up and down steep hills. We got to see quite a few exciting corners. Dressed up all nice and fancy we entered an extremely posh club with a fantastic view of Istanbul. Runtastic certainly took good care of us by sponsoring a few drinks; the entertainment we handled ourselves by shaking our booties and dancing all night long. 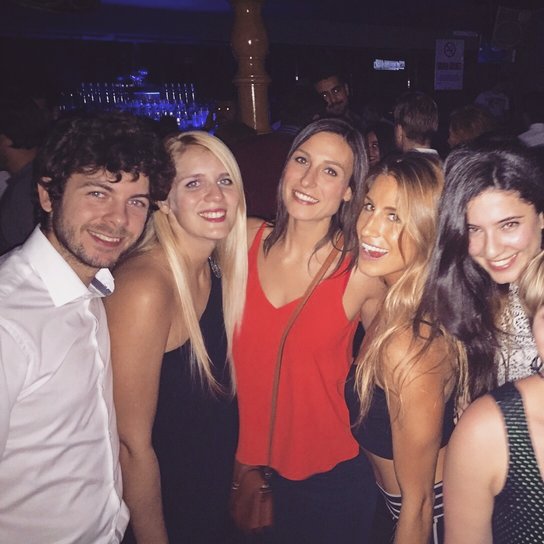 The posh location was amazing, yet it was not the only fun place we discovered. Among the million possible options, we found a rooftop bar with a huge dancefloor, which not only played our favorite songs, but also opened the roof after a short while. Hence, we were literally dancing under the stars!

True Runtastics
What’s missing so far? Exactly: sports. It would not have been a true Runtastic event if we had not participated in a sporty challenge. Merve had scheduled the trip for the Istanbul Marathon, and certainly most of us decided to run 10km or even 15km. Even though the organization was slightly chaotic, we all were truly proud of our success and stunned by the view of the Bosporus. Great job, everybody!

To cut a long story short, we were amazed by Istanbul’s sights, we loved the new tastes we discovered, and we still take great pride in our Marathon triumph! And apparently not that many people noticed that we are still slightly sleep deprived.