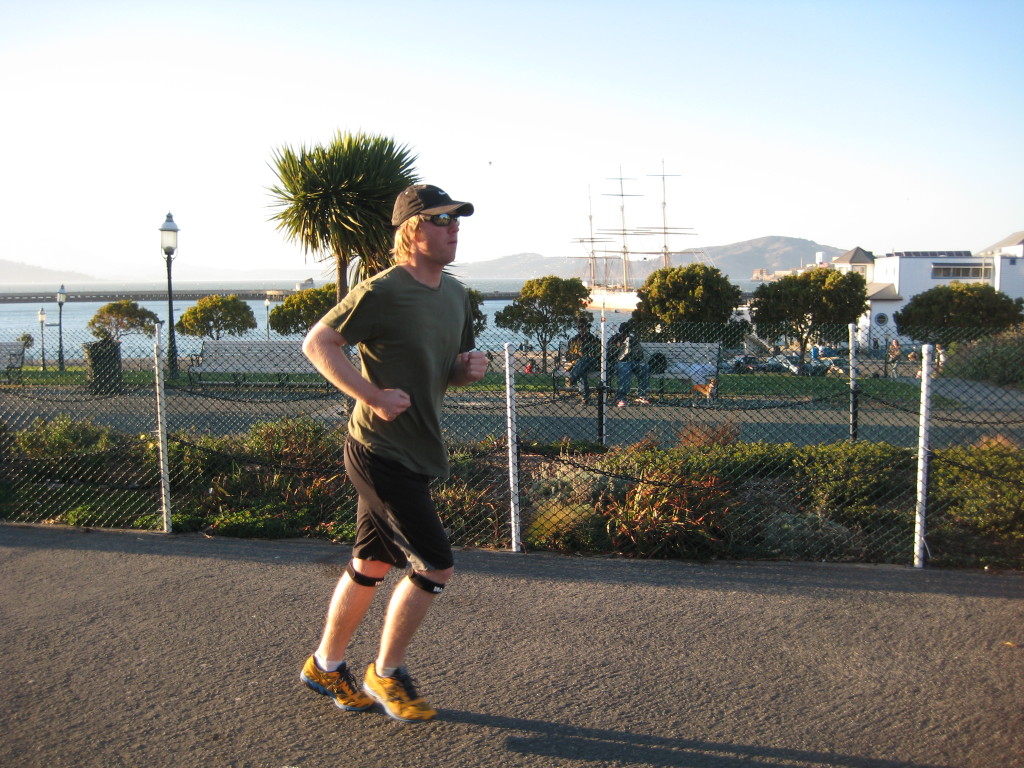 About six months ago, I wanted to get in better shape to improve my golf game. Running seemed like the easiest workout option, since I could run outside, on my own schedule. I had run on and off since middle school, but I had never gone more than a few miles at a time. When I started running again, it was as hard as ever, and I knew I needed some extra motivation. A friend of mine had been trying to convince me to run a race with him, so we signed up for The Giant Race, a half marathon just over four months away.

As soon as I was registered for the race, I created a training schedule and started running five times per week. There were days when I would have rather skipped runs, but knowing that the race was coming up soon got me to stick with it and push myself.

I’ve always liked tracking my runs, even before GPS. When I was in middle school, I would run around the neighborhood, and then have my mom drive the same route to see how far I had gone. For a while I used a Nike + sensor, but now that I have an Android phone, I decided to track my runs with runtastic. Being able to track my time, distance, and calories made it easy to follow my training, and I could make each run a competition to beat my previous time or distance.

At some point during my training, I started to enjoy running. Instead of seeing it as something I “should do” or “had to do,” I started thinking of running as something I wanted to do. If I was stressed about work, I would look forward to going running that night to relax. I was also lucky that I could run along the water on a great path with views of theGolden GateBridge. There was always something interesting to see on my runs, including a woman who fed pigeons and would usually have six or seven of them perched on her arms and shoulders.

Last weekend I ran my first half marathon in two hours flat. Using runtastic made it easy to maintain my goal pace, and all of my training had paid off: I finished the last six miles at a much faster pace than I had hoped. The race started and finished atAT&TPark, home of the San Francisco Giants, and it felt great to cross my first finish line inside the baseball stadium.

Even though the race is over, my training isn’t going to stop. I’m still just as motivated to go out and run. I’ve found a challenging, rewarding sport that I can do anywhere, for the rest of my life. For now I’m going to focus on intervals and getting faster, but soon enough I’ll be ready to try another half marathon and improve my time.

Author Greg Lynch was born and raised in California’s Bay Area and now lives in San Francisco. He works in advertising and is passionate about golf and beer.