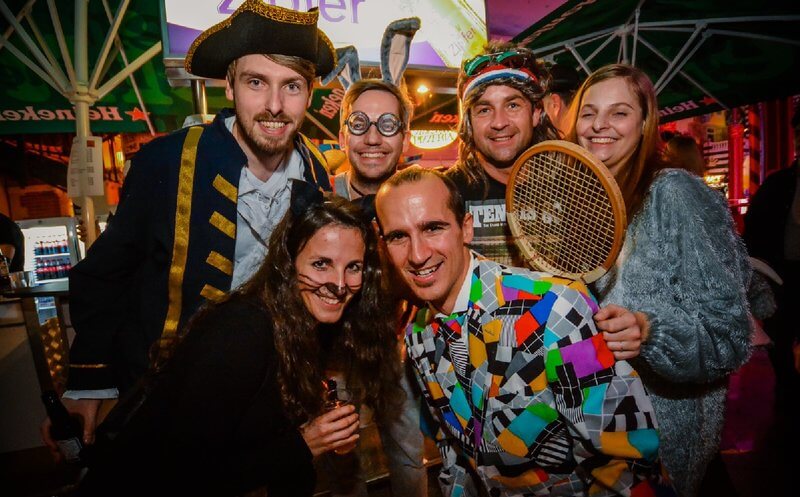 Whether Carnival, Mardi Gras or Fasching (however you want to refer to the big costume festival before the six weeks of Lent) – this day is celebrated in many parts of the world. In Austria, Fasching, the Austrian word for Carnival, is an amazing time full of parades, masks, music, costumes and Krapfen (a kind of jelly doughnut).

At Runtastic, Fasching is serious business. Especially because many Runtastics have given up little “sins” like coffee or chocolate and want to party hearty one more time before the fasting period begins. Why is the Fasching Party always a highlight of the yearly calendar of events? We’re going to show you below. 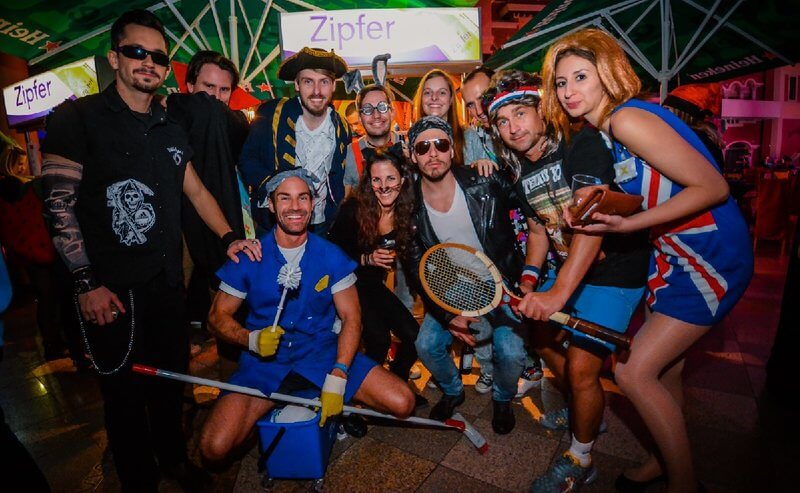 The anticipation builds
The announcement of a Carnival Party one week before the actual event not only served to increase the anticipation of many Runtastics, but also sparked their curiosity about their fellow co-workers’ costumes. From this day on, talk of costume ideas became an integral part of nearly everyone’s daily routine. There was no shortage of ideas to get their colleagues chuckling on Fasching Tuesday. Elaborate team costumes were particularly popular. 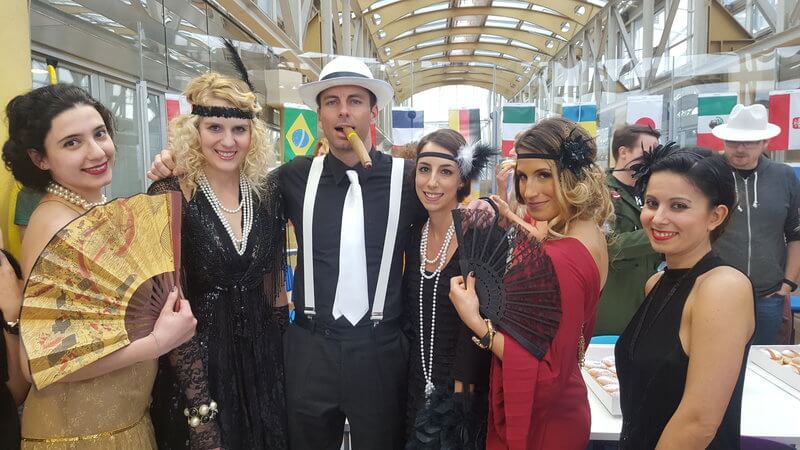 Prep time
And then the big day arrived…. And, of course, there were a few things to organize to ensure an unforgettable party. A special word of thanks goes to our “fairy godmother” Ursula, who set out the Krapfen and other treats. The laughing already began early in the morning as some colleagues came into work in daring, funny or ingenious costumes. For all those who didn’t show up to work in costume, it was time for the big transformation. A lot of care and attention went into coordinating group costumes, putting on wigs and exchanging last minute make-up tips. 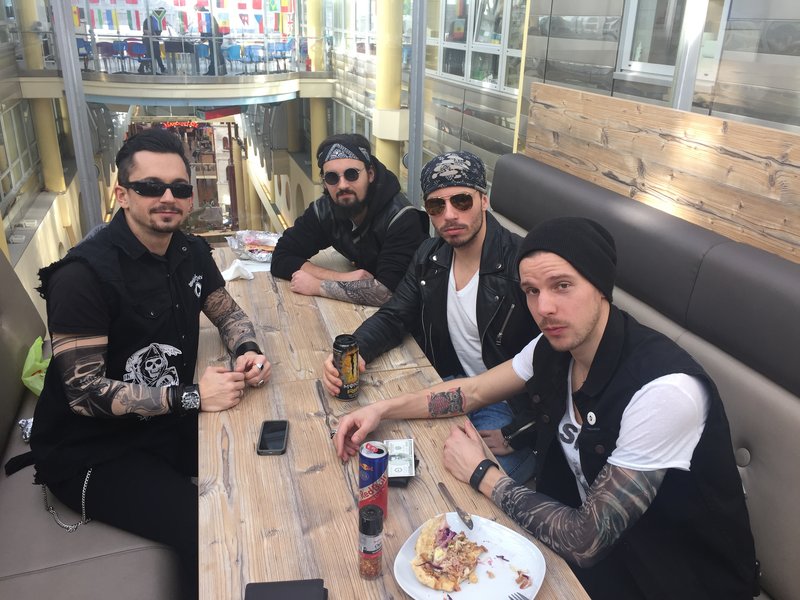 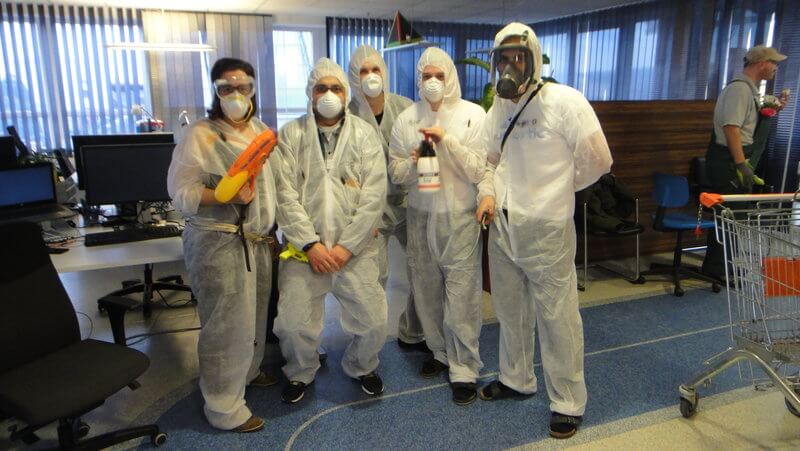 Igniting the team’s competitive spirit
All the creative costumes could finally be admired at the get-together in the Runtastic lunch area. There was a little of everything from a Serengeti tiger to the rebellious “Sons of Plus City.” A costume contest was held to keep the motivation high. After a short presentation round, an anonymous vote was taken, which ended in a tie for first place. On the one hand, there was the “Spice Girls” team, which won largely due to its gripping performance of “Wannabe,” and on the other hand, a man dressed up as Runtastic Fitness Coach Lunden. The prize – in keeping with Runtastic’s conscious lifestyle – a muesli bowl and muesli was awarded to the winners in a short ceremony, which also served as the end of the official part of the event. 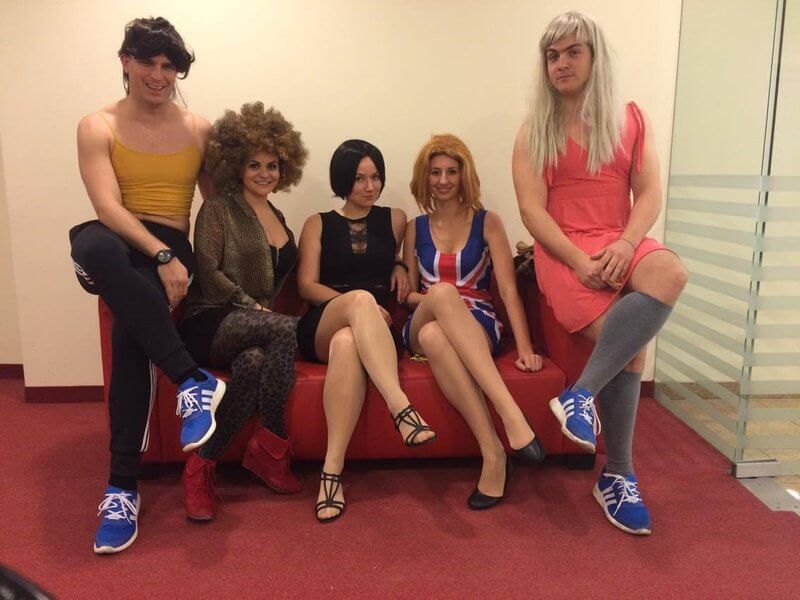 Partying in a relaxed atmosphere
After the winners had been chosen, there was nothing left to do but to celebrate Fasching Tuesday to the fullest. Of course, no Fasching party would be complete without delicious Krapfen and a drink or two. The elaborate costumes ensured that there was plenty to talk about. Some of the props turned out to be interesting, too. For instance, a lightsaber was the cause of much discussion. Very few people were able to turn on this children’s toy in less than two minutes, which, of course, was good for a few laughs. After criticizing the usability of the lightsaber, everyone turned their attention back to the party. 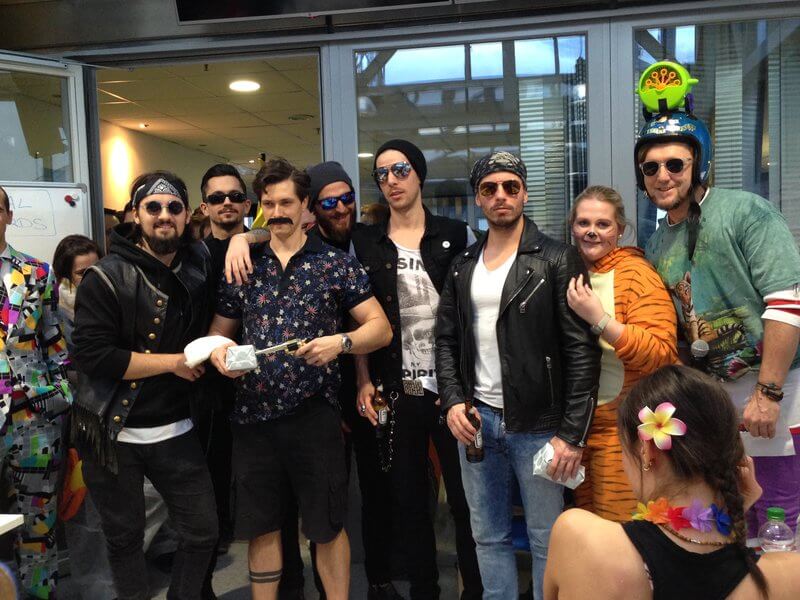 Change of venue
After a few hours at Runtastic headquarters, the group decided to join the colorful goings-on down in Plus City. That way they could enjoy the Fasching party and musical acts with family and friends. We danced and laughed together until even the last Runtastic headed for home. 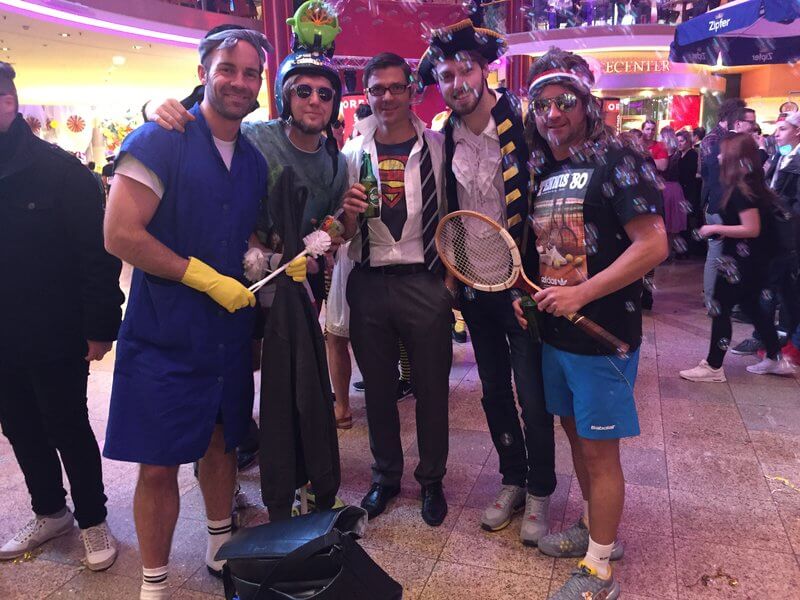 How did you celebrate Fasching? Tell us in the comments section below. We’d love to hear your story!