-22% Body Fat: How Ilona Lost Her Pregnancy Weight with Diet and Exercise 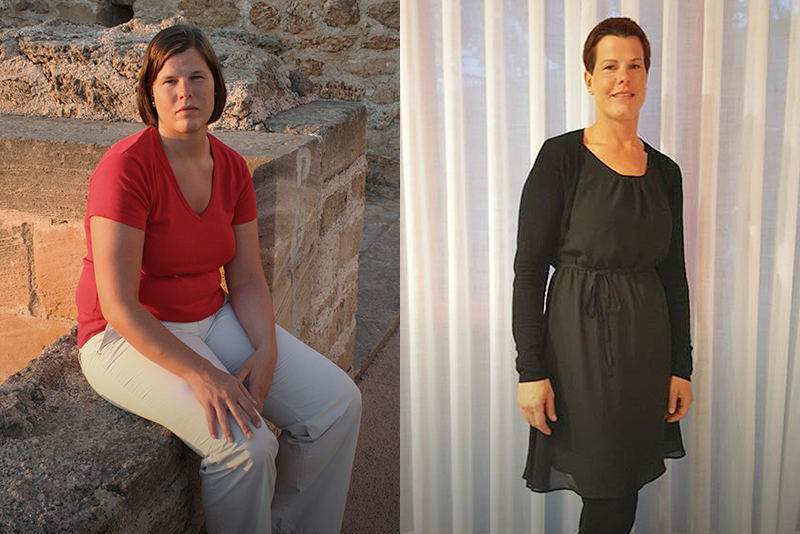 Today, Ilona is the proud mother of twins. But back in 2009, her pregnancy took its toll on her body: sleep deprivation and her sweet tooth led Ilona to put on weight quickly. “I really started to feel bad when I tipped the scale at 97 kg (213 lb),” said the 35-year-old. “I saw a photo of myself and knew that it couldn’t go on like this.” 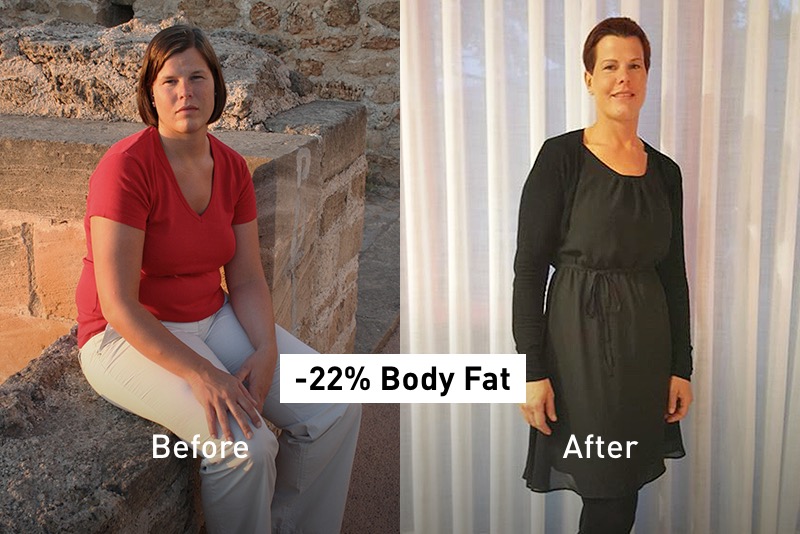 When Ilona changed jobs, she decided to join a gym. During her first fitness check, she was forced to take a cold, hard look at reality. “I was horrified! My body fat was 44.1%.” That was the deciding factor for the mother of two to start working out on a regular basis. “I didn’t want to be a couch potato, but a good role model for my children,” said Ilona, looking back on the past.

Step by step: From walking to jogging to running

Ilona began with spinning and strength training and achieved her first results. This inspired her to try out different sports, and in spring 2015, she discovered inline skating. “In fall, however, the roads got too slippery to skate on, so I began going for long walks.” Then she progressed from walking to jogging. This really got the kilos melting!

Ilona started tracking her routes and runs with the Runtastic app. “The app helped me to analyze my results and to see my progress. This gave me a tremendous motivation boost.” Running also helped Ilona to find a balance between work and family life.

Exercise is important — but it’s not everything

“I quit eating fast food and started eating fruits and veggies instead of chips,” said the young mother. From now on, Ilona started paying attention to eating a healthy and varied diet. But she doesn’t really believe in cutting out foods. “Everything in moderation. People who exercise a lot are allowed to treat themselves once in a while.”

Today, Ilona is 25 kg (55 lb) lighter and has 22% less body fat. But she’s achieved even more than that: Ilona has already competed in several 10K races and four half marathons. “I want to live a healthy and active lifestyle and continue to exercise — running, swimming, cycling, it doesn’t matter. My next big goal is to compete in my first marathon in Frankfurt am Main.”

Would you like to share your success with others? Then send us your success story and some before & after photos to mysuccess@runtastic.com. We are looking forward to hearing your story!