How A Marathon Runner Ended Up Doing A 24 Hour Race 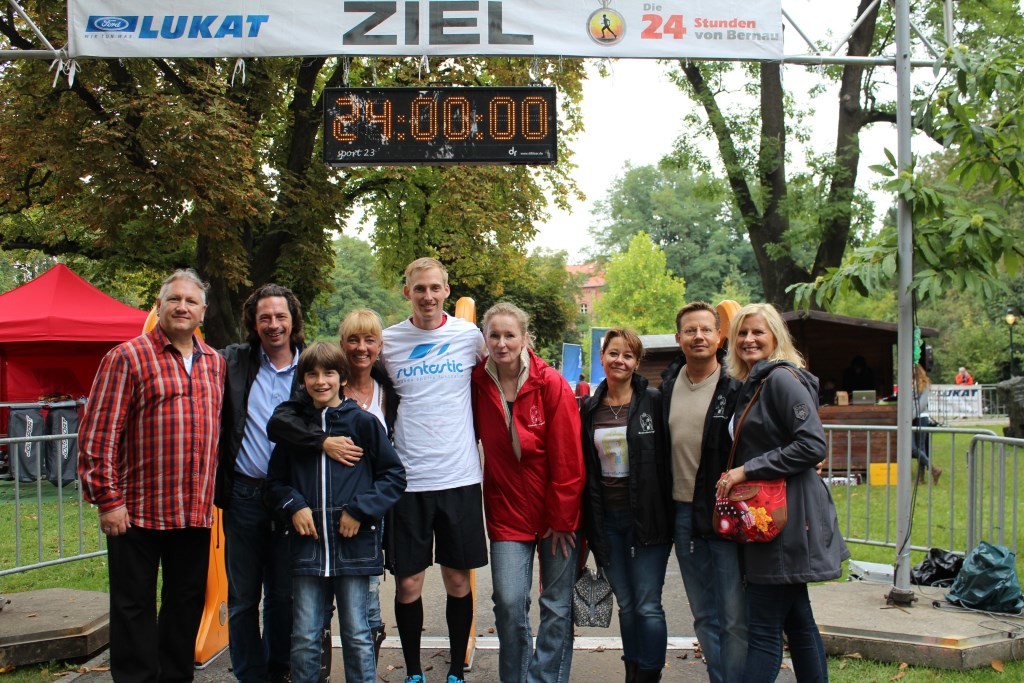 After having finished my second Berlin Marathon in 3:06:35 in 2013, I was determined to crack the 3-hour benchmark in 2014.  Unfortunately, the organizers changed the rules for the 2014 Berlin Marathon and, for the first time, starting numbers were raffled.  I was bitterly disappointed when my name wasn’t drawn this year. 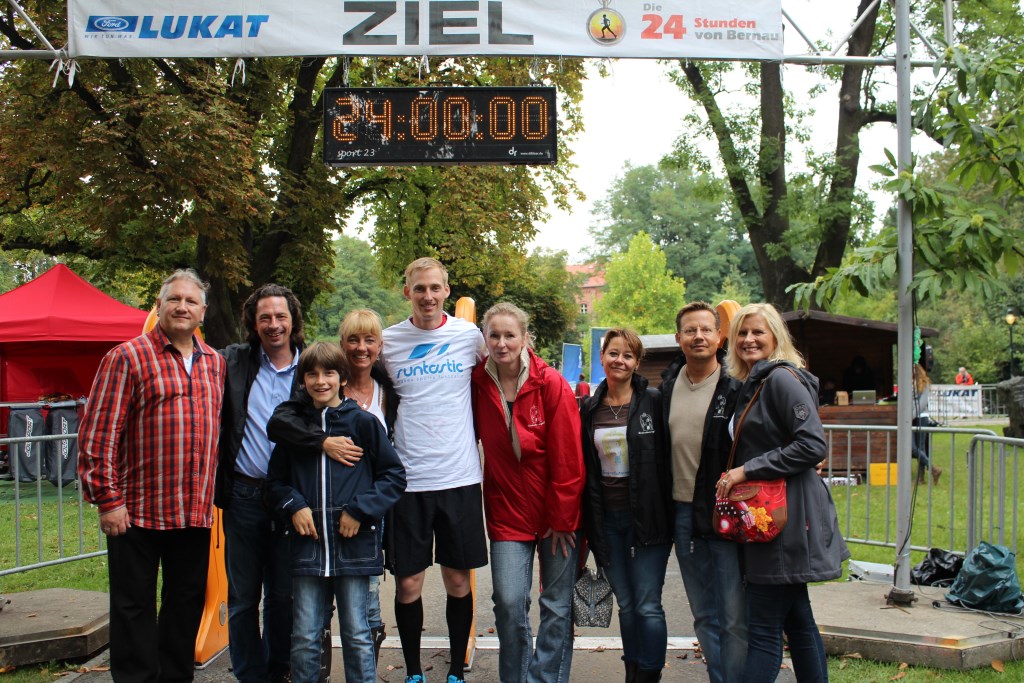 New goal: 24 hours
I had participated in a 24 hour race with a 10-person relay team before and was highly impressed with the ultra runners who ran that race.  There were runners of all ages and I even spotted a man with a prosthesis finish the race.  Ever since I started running, I have been searching for new challenges – always trying to push my limits.  As I couldn’t run the Berlin Marathon, I needed another challenge.  In March 2014, I signed up for a 24 hour race in Bernau, Germany.

For a good cause – and for me
However, I didn’t just want to run those 24 hours for myself – I wanted to do something “bigger,” like collecting money for a good cause.  During the Men’s Health Camp, I happened to meet part of the Runtastic team and told them about my project.  With their help, I found a charity partner that I was excited and motivated to collect money for: Kinderschutzengel e.V., an organization that supports children with severe or chronic illnesses.

Getting ready
As I never run without proper preparation, I provided myself with several books about ultra marathons and put together a training plan.  I was kind of surprised that one doesn’t have to run more than 50 km in one session – ever.  During the prep period, I ran about 110 to 130 km per week.  The most challenging part was actually going out for a run 5 or 6 times per week, work out at a CrossFit Box 2 to 3 times a week and still go to work every day!  But… Where there’s a will, there’s a way!

Race day
The route in Bernau is quite demanding.  Runners are sent over rather narrow paths in a park in Bernau and you have the feeling that you’re running slightly uphill all the time.  At the beginning, I tried not to get carried away with the crowd and tried to find my own pace instead.  Of course, I started too fast but after about an hour I finally found my own pace and was running according to my plan: 30 minutes of running followed by a short walking break to drink or have a small snack.  After 13 hours, I started struggling with my first problems: I was extremely tired, stumbled along the route, my stomach feeling really full.  As the feeling persisted over several laps, I took a 1.5 hour break to relax.  I wasn’t able to actually sleep, but the break was what I needed to regain my motivation to continue.  Many friends came to cheer me on and motivate me, and my music also helped me push through a couple motivational lows.  Then, the last three rounds: With the finish line within reach and surrounded by applauding spectators, the last few rounds turned into the highlight of the race and I suddenly felt so free while running.  The finish signal made me infinitely happy:  I had mastered the challenge and completed a total of 153.54 km within 24 hours. Awesome!

And the winner is…
There were so many people to congratulate me and take pictures, it was overwhelming.  I had to sit down, take a deep breath and get a few minutes of rest.  When I heard my name among the winners – I came in third in my age group – I couldn’t believe it.  My first time on the winner’s podium!  Also Kinderschutzengel e.V. was happy and thanks to everyone for their contributions, totaling over €1,535!

After the race is before the next challenge
My knee pain faded that same evening and the next morning, my muscles were just slightly sore.  Just my feet were swollen and hurt, but by now I feel great again and will resume my training within the next days.  I think I’ll enjoy some time without working towards a concrete goal, but will start planning my next major challenge for 2015 soon.  Because now I know: if you have a goal and work hard towards it, you will reach it! 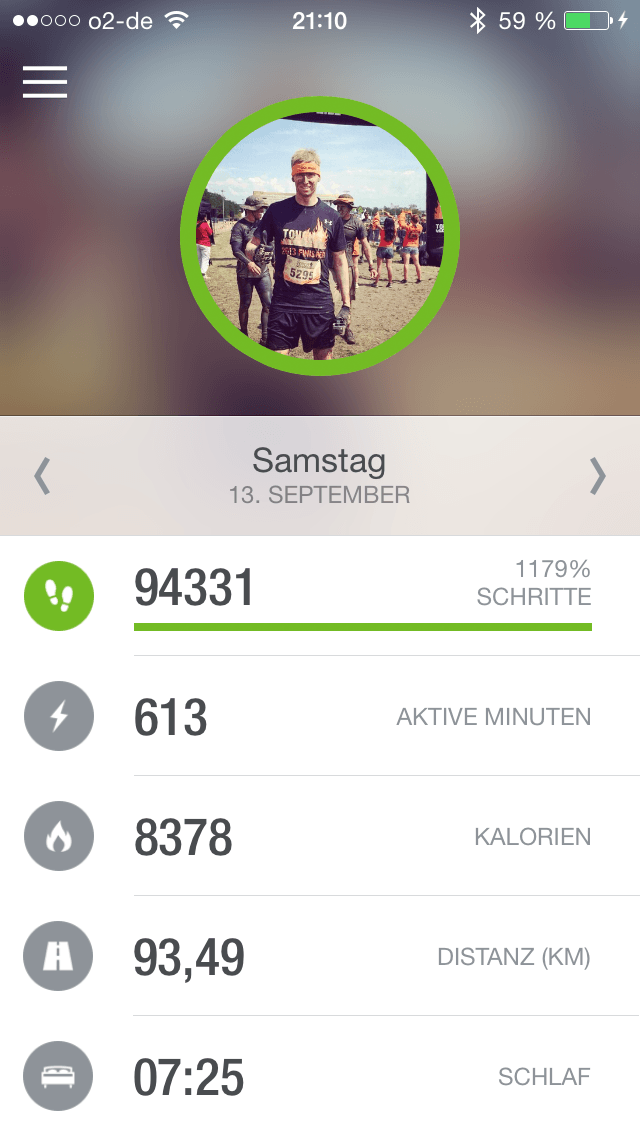 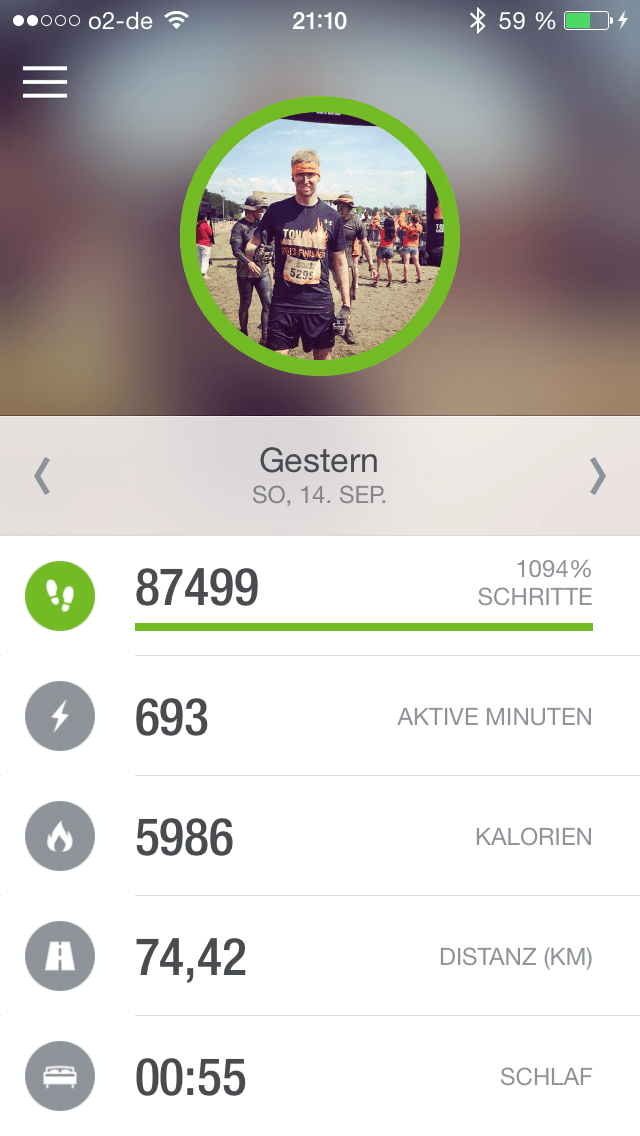 In case you wondered:  Philipp tracked his incredible 24 hour race with Runtastic Orbit.  He took a total of 181,830 steps and burned 14,364 calories for a good cause.  Bravo!

About Philipp:
Philipp Müller is an investment adviser and freelance running coach.  He discovered his passion for running only four years ago.  When he’s not working, you will find him running across Berlin or working out at CrossFitWerk Box.

Fitness Quiz: Which Running Plan is Best for You?