3 Reasons Why Being a Female Engineer Is Awesome 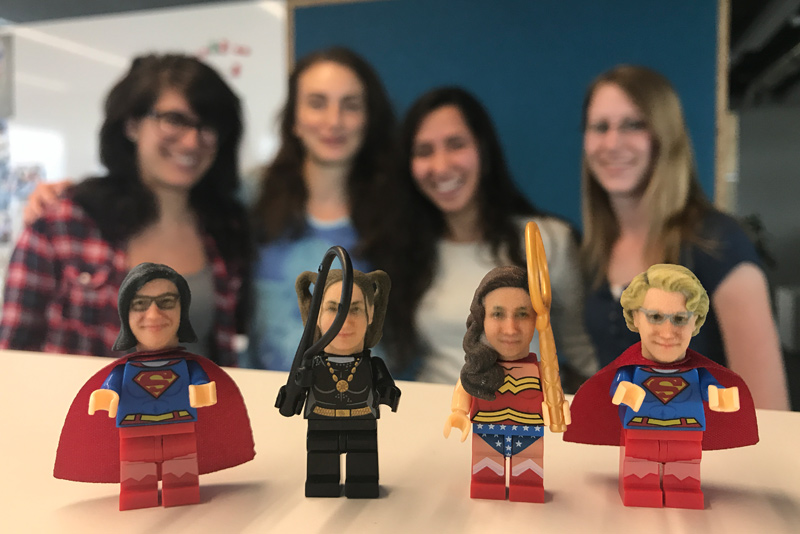 To be honest, when I decided to become an engineer, I had no clue what I was doing. I had never written a line of code before, nor did I have a technical background. I attended a secondary school specializing in languages (and I don’t mean programming languages). The career aspirations of my friends weren’t very diverse as most of them started to study law, became teachers or went to work in a nursery school. So when I told them that I was going to study a technical field, it made many of them laugh.

Looking back now, some of them told me that they regret the decision they made years ago. They said they didn’t think it through and they wished they had looked at more options. Me, on the other hand, I couldn’t be happier with my decision, as I can say data engineering is the job I love. Here are just three reasons why:

Thinking back to my childhood, I always loved puzzles and solving riddles. Later in school, I liked mathematics a lot because it was logical and somehow made sense. Engineering makes me feel the same way. In the beginning, you are often frustrated because you have no idea how to solve the problem or even where to start. But starting small and putting those little pieces together to form an entire picture gives you an enormous boost.

2) Your friends think you are a genius

As mentioned, most of my friends do not have a technical background and they don’t understand what it is I do. Believe me, I tried to explain it to them multiple times, but they always ended up drifting away and still think I can basically do anything when it comes to computers. I’m sure every engineer is familiar with this situation, but people tend to come to you with ALL their computer problems. If you solve their issues, you simply reinforce their opinion that you are a computer genius. The truth is: I’m just better at using Google than they are.

Although genders are distributed equally in my team, women are still a minority in software engineering. This is why I love working in an engineering team and showing people that women can also be successful in a male-dominated field.

Unlike myself, some women might be scared to work in this field. Although traditional gender roles are becoming more and more blurred, there are still jobs that are seen as typical for women and men.
We somehow grow up with this image in our head that when we go to the hairdresser, a woman will style our hair and if we have to fix our car, a man will help us out. The same goes for engineers. I’m sure if you imagine a typical engineer, I would not be the kind of person that pops in your mind. But I can assure you that there are also very good female engineers and we would really love to see more of them.

You shouldn’t be scared to try something because it is new or you’ve never done anything in that field before. As mentioned, I went to a secondary school that specialized in languages. So the first line of code I ever wrote was in my first semester of university. Nevertheless, I could follow the professors easily.
All you need is an analytical mind and the willingness to learn and build cool stuff. I would like to encourage women, in particular, to try out new stuff and maybe they will figure out that programming is what they love, just like I did.

Let us know why you love being an engineer. How is it in your company? Do you have a lot of female engineers?