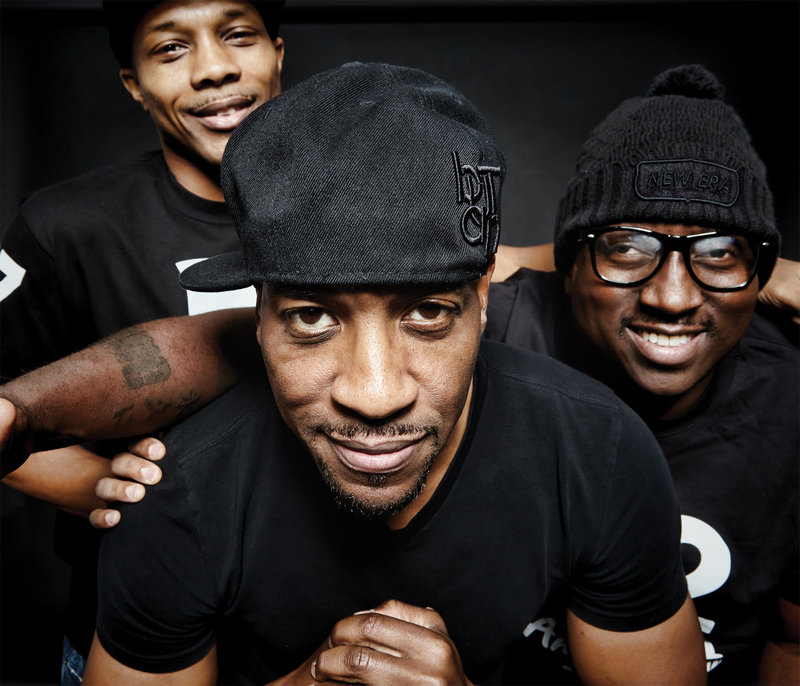 It was called “Hell Week” and me and all my teammates dreaded it. That one week in August when our high school football coach would push us to the limits of our physical capacity, through grueling practices behind our school in hot, humid weather. That school was Sheepshead Bay High School. Back then it was a melting pot of sorts in a mostly Italian and Jewish community in the southern end of Brooklyn, New York.

Our practice field, if you wanna call it a “field,” was commonly called “The Dust Bowl” or “Pebble Beach” by us players, due to its horrible condition. The surface was mostly brown dying grass around the perimeter and a long stretch of dirt, rocks and sometimes broken glass that went right down the middle, reaching to each goal line. When it was a dry, windy day that patch of dirt would stir up into blinding mini dust storms.

Our nose hairs would turn light brown from breathing in that dust powder for an entire practice. This pathetic field was bordered by handball courts on one end and concrete bleachers at the other. Besides having the old H-shaped goal posts from the 60s, it was discovered that the field wasn’t even regulation length, so varsity home games couldn’t be played there. 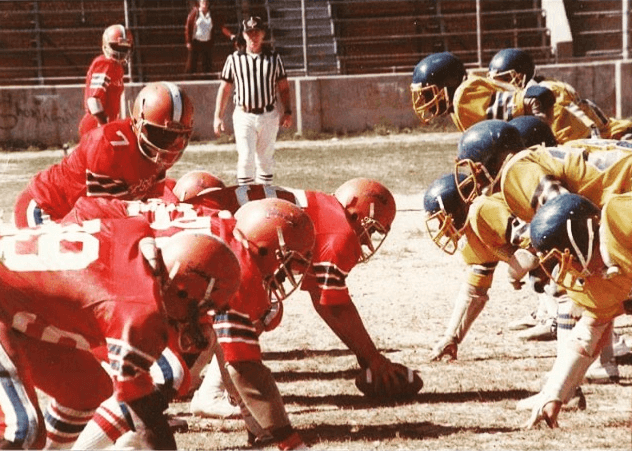 But it was on that field, The Dust Bowl, where I first discovered RUNNING.

Our coach, like football coaches all over the country, treated running as something unpleasant that simply had to be done if success were to be achieved. During “HELL WEEK,” when the temperatures usually soared well into the 90s, the team was mandated to run 16 laps every day before practice. I would spend my entire summer vacation stressing in anticipation of those terrible runs. Coach wanted to be sure we were properly conditioned for the long season approaching.

Running was also used as a punishment for minor player infractions, such as being late for or missing practice. If coach was explaining some important detail to the team or discussing a particular strategy for an upcoming game, you had better NOT be in the back talking or fooling around.

If he got annoyed with us, it was common to hear him shout the phrase “TO THE FENCE AND BACK,” which meant the entire team or an unlucky few were ordered to run to the farthest end of the field and back to him. If he didn’t feel you were running there and back urgently enough, he would send you again…and again if you didn’t quite get the message.

It was also common to see teammates running laps the whole time while the rest of the team was practicing. They looked so sad and depressed trotting around the dust bowl, occasionally leaping to avoid a pile of dog shit. In fall, when the weather was still pretty mild, the cross-country team would run the sidewalks outside the fence, jogging around the school for what seemed like HOURS. I couldn’t understand the concept of running “just to run.” That made no sense to me. Those football experiences really shaped my thoughts and feelings about running. It was something that, as soon as I didn’t HAVE to do it, I vowed I would never do again….and I didn’t until recently.

After being diagnosed with multiple sclerosis in 2000, I embarked on a journey to become a more healthy and active person.

I had been the heaviest I had ever been and I was wearing 2XL shirts to camouflage my growing belly. I knew I had to make some drastic changes in my diet and lifestyle if I wanted my long-term quality of life to be good. In making those changes little by little, I’ve seen a noticeable difference in my appearance, strength and physical stamina. These improvements have paid dividends on the stage when I perform around the world. I am able to give longer, stronger performances. I have been using the stage as a late night, one-hour cardio class. As my stamina improved, I wanted to keep challenging myself to reach new heights.

Late last year, I was asked to do some voiceover work for a company called Runtastic. I learned that it was a company that served the RUNNING community across the globe.

After lending my voice to the Runtastic Story Running feature, where I played the role of a prison escapee trying to avoid apprehension while trying to find out who framed me, I was given the app on my phone to check out. 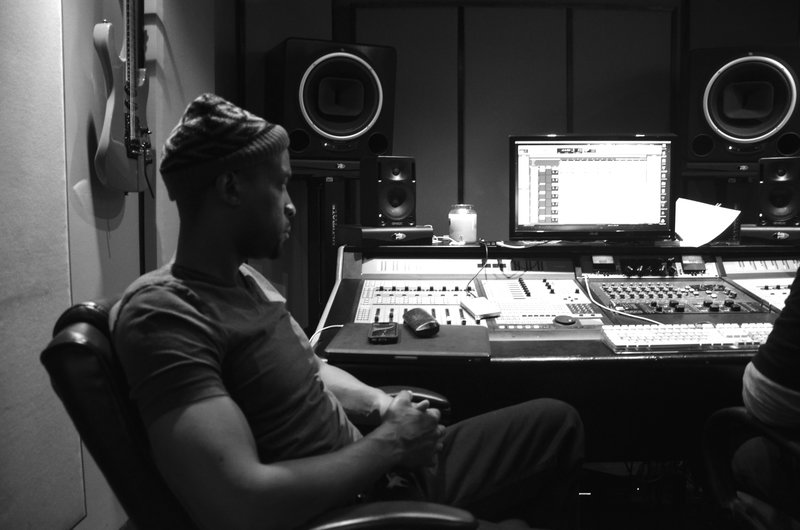 While working out in a park near my home one day, I decided to use the app and challenge myself to see if I could run one mile without stopping. I hadn’t run a mile in almost 30 years!

It was my first time trying the app and I fell in love with the fact that a voice command told me when I reached a mile.

I said to myself “THAT was a mile?!” It seemed so short compared to what I had built up in my mind. I said I would try for 2 miles next time and I accomplished that as well.

The time after, I did three. And then when we went to Canada on tour, two of the guys in my travel party who are avid runners and I decided to run through Hamilton, Ontario. We got to see the city in a way I never would have experienced. The scenery, people, architecture and overall soul of the city were on full display and that kept my mind engaged well beyond thinking about the fact that I was running!

That run was 3.66 miles and I haven’t looked back since. While on tour we have done runs in Germany, France, England and Norway to name a few. I’m always stopping to take pictures of the most beautiful landscapes. I have discovered running as a way to free my mind, see a new city and get fit all at the same time. It’s unbelievable!

Even harder to believe is the fact that I have run almost seven miles on my longest run.

That would be about 32 laps around the old Dust Bowl. Not bad for a guy who vowed to never run another lap over 3 decades earlier!