Have you ever ran a half-marathon or marathon (or watched one on TV) and seen the runners who actually win the race? It’s absolutely jaw-dropping how easy they make it look with their stick-thin and perfectly chiseled bodies. These smokin’ fast runners make us feel exhausted just watching them, and it seems they are able to do impossible things that the rest of us could never dream of.

Let’s be real, the average person is a lot heavier than those elite runners. Is that why injuries seem to just follow us wherever we go? 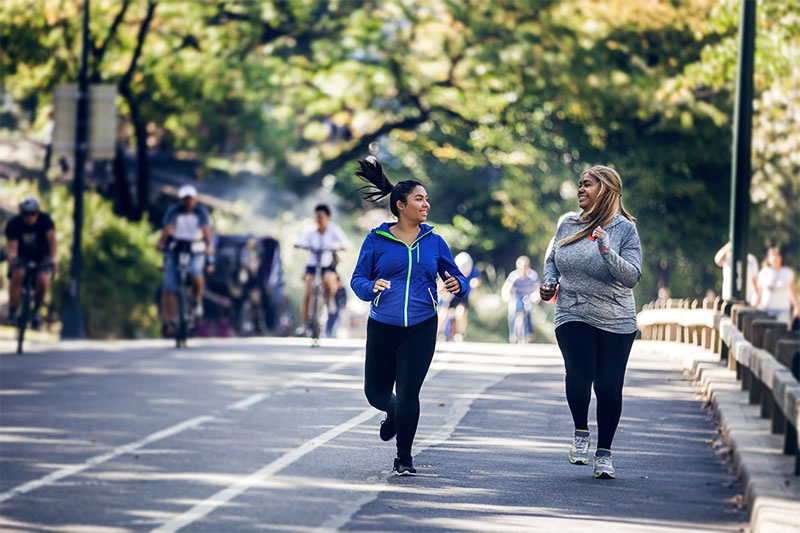 You have probably heard it before, and it makes sense: Bigger runners are more likely to end up injured, because there is just more weight your muscles, bones, tendons, and ligaments have to deal with for every step we take.

But Does Injury Risk Actually Increase as the Weight of a Runner Increases?
Surprisingly, research has found that heavier runners are actually at a lower risk of overuse injuries than lighter runners.
To explain why this may be the case, let’s backtrack a little: In 2002, Jack Taunton et al. from the University of British Columbia looked at running injuries in over 2,000 runners who were treated at a sports medicine center during their two-year-long study. Taunton et al. gathered data to see if there were particular factors that could predict the occurrence and type of injuries the runners experienced. The researchers collected information on their height, weight, age, training history, and other relevant information as runners.

Using Body Mass Index (BMI) to measure weight, the researchers discovered that the only correlation between injuries and weight was that women with a BMI of under 21 were at an increased risk of stress fractures. They concluded that this is because women with a BMI under 21 were more likely to suffer from amenorrhea and therefore have lower bone density, increasing their likelihood of bone injuries.
In 2003, Taunton et al. decided to dig even deeper into this topic by looking at 844 recreational runners who were on a 13-week training plan for a 10k.

Once again, they collected data on the same variables as last time to look for relationships between the injuries the runners sustained and their demographics.
Taunton et al. found that the heavier runners were once again at a lower risk of injury than the lighter runners. Surprisingly, male runners with a BMI of over 26 were actually at a lower risk of injury than runners with a BMI under 26! 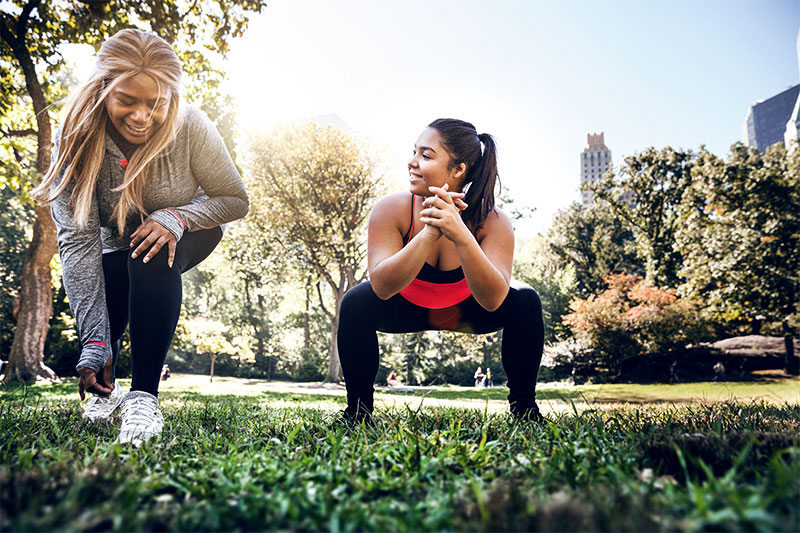 Other studies have come to similar conclusions as Taunton et al., finding that heavier runners are less prone to injuries than their lighter counterparts, but some studies have found contradictory results.

In 1981, Marti et al. completed a study at the University of Bern, in which they looked at over 4,000 male runners who ran in a 10-mile road race. After breaking down the data by weight, the researchers concluded that men with a BMI of under 19.5 or over 27 were at a much higher risk of injury than the male runners falling within the healthy range.

Overall, the studies seem to lean towards heavier runners being at a lower risk of injury, but how can this be the case when there is greater pressure on the body with more weight?

Some Important Things to Consider…
One important consideration is that heavier runners usually run fewer miles than their lighter counterparts. This in itself limits the amount of stress that is put on a runner’s body, especially as most runners tend to lean down over time. Lighter runners are likely running a higher volume of mileage or following a marathon training schedule, which is helping them to stay lighter, but also increasing their risk of injury.

Another reason for the reduced risk of injury could be the slower pace. It would take us much longer to run a 5k carrying a 20lb dumbbell than it normally would because the extra weight would slow us down. By running slower, we put less force on our muscles, bones, tendons, and ligaments, which reduces the risk of injury.

Finally, and most importantly, our bodies tend to adapt well regardless of what weight we are. This means that heavier runners’ bodies will adapt to running with the extra weight and will distribute it in a way that will allow for maximum efficiency. Lighter runners may have other health issues such as irregular menstrual cycles that contribute to a higher injury risk.

Even though the injury risk for heavier runners may be no higher, or even lower than lighter runners, it is still important to consider that heavier runners are likely to overheat easier and burn through calories quicker, meaning that the risk of running out of energy in a race, especially during a marathon, is greater.
So if you have gained a little weight in the last few years, you may be running slower or less than in the past, but at least it appears you are not at a higher injury risk than you were in your school years.

Tina Muir As a former elite runner, Tina knows what athletes need to focus on in their training. "I'm an expert at improving your running." View all posts by Tina Muir »