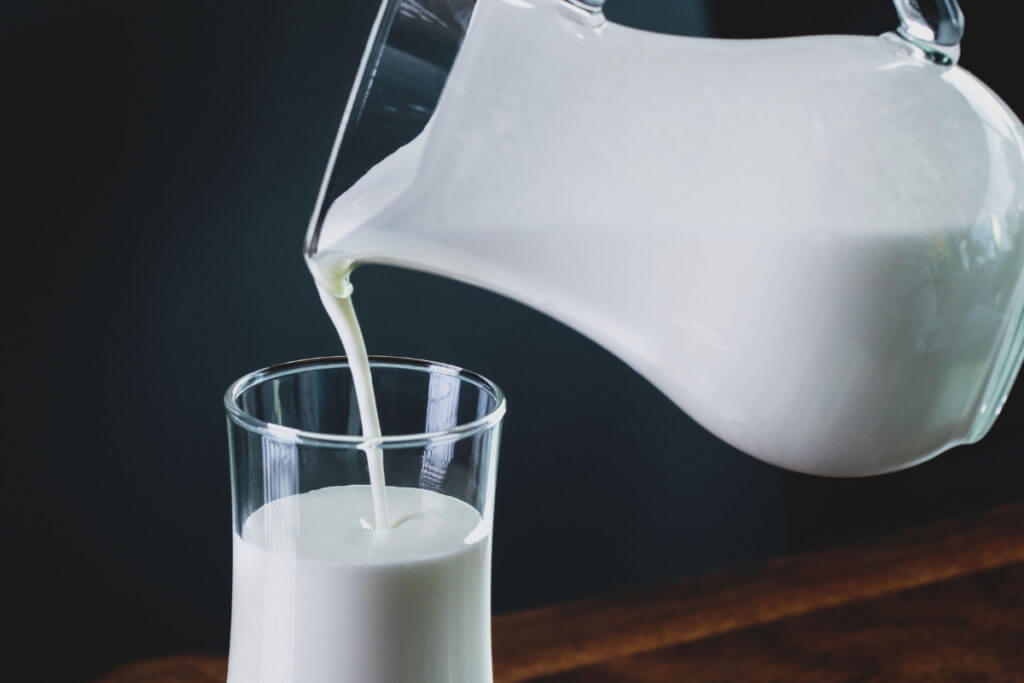 More and more people are deciding to give up dairy products. There are plenty of reasons to do it, ranging from milk allergies and lactose intolerance to ethical principles. But what does science say about drinking cow’s milk? What are the (non-dairy) alternatives?

We’ll answer the following questions in this article: 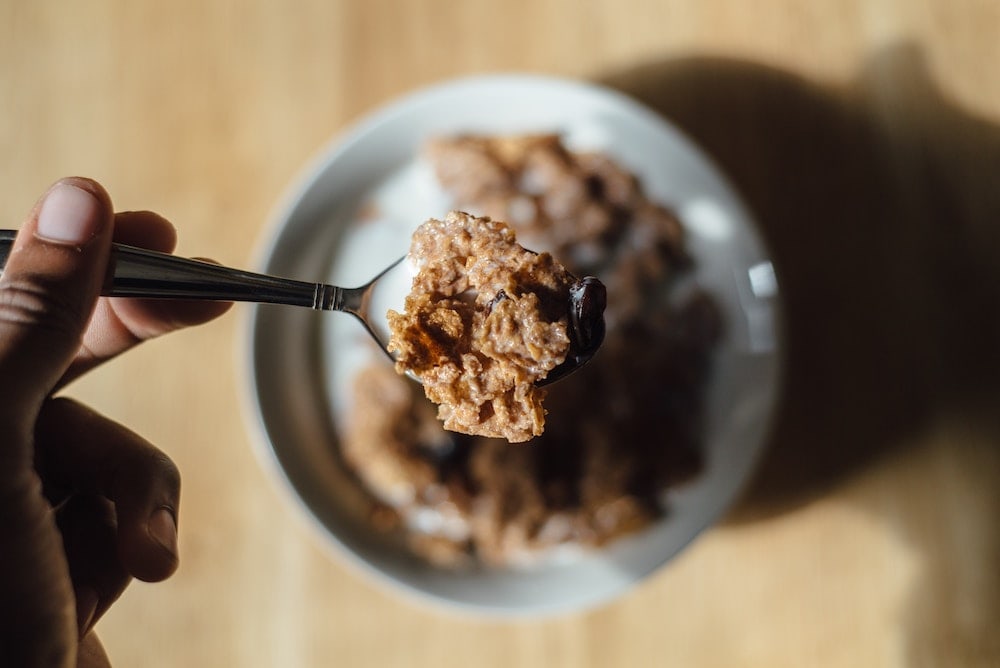 What is cow’s milk composed of?

Milk is an extremely complex food:

The hormones contained in dairy milk have led to a lot of discussions about milk how and how much we consume. Two hormones found in milk are estrogen and progesterone, which our body produces as sex hormones. Others include bioactive hormones, such as insulin and prostaglandin.(1)

What causes dairy allergies and sensitivities?

There is a difference between an allergy to milk or dairy products and lactose intolerance. If someone is intolerant, the problems are caused by lactose. An allergy, on the other hand, is a reaction to certain proteins in the milk. Allergens in milk include casein, beta-lactoglobulin, and alpha-lactalbumin. The body reacts by fighting harmless proteins, which then creates allergic reactions.(2)


How much cow’s milk and dairy products can I consume per day?

According to the Harvard University’s “Healthy Eating Plate,” one to two servings of dairy products are recommended per day. An example would be: ¼ liter of low-fat milk or 250 g of low-fat yogurt/buttermilk and 2 to 3 slices of cheese (= 50 to 60 g) with 45% fat in dry matter (FDM).

What does the research say about drinking cow’s milk? What are the risks?


Drinking too much milk can be bad for our health: 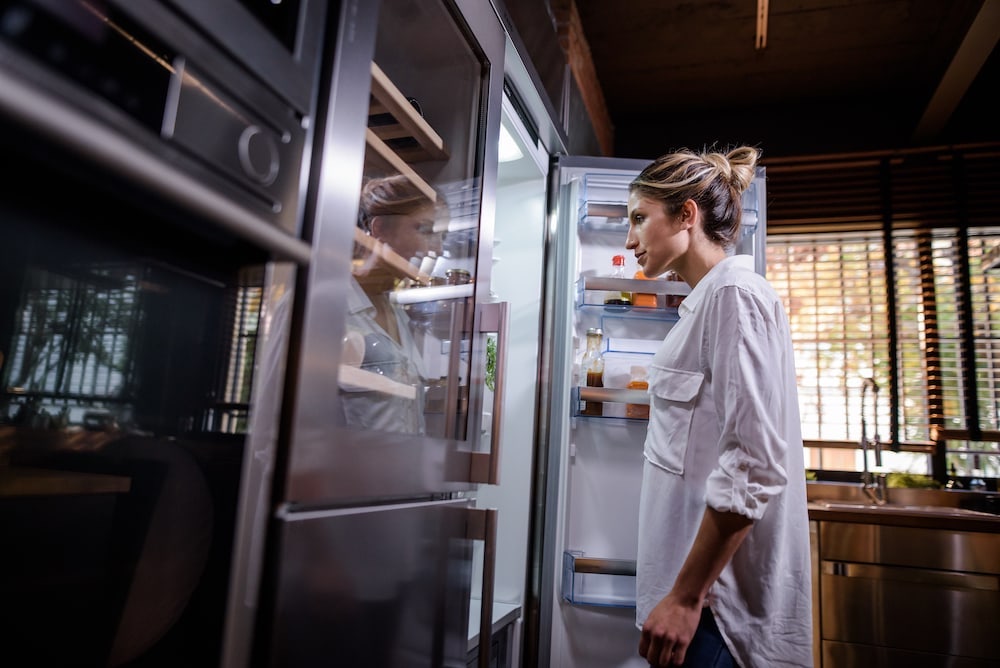 Plant-based milk substitutes: What ingredients should I avoid?

Many plant-based milk alternatives provide similar nutrients and can be just as nutritious as conventional cow’s milk when consumed in moderation. It is important to stay away from alternatives with hidden ingredients that can have a negative impact on your health. These include:


Remember to always read the list of ingredients before you purchase milk alternatives.

What are the best (plant-based) alternatives to dairy milk?

Coconut milk is a good dairy-free option available in your supermarket. It’s made by blending coconut meat and is a good source of nutrients, including magnesium, iron, and potassium. Coconut milk also contains lauric acid, a rare medium-chain fatty acid that is easily absorbed by the body and used for energy.

It should be noted that full-fat coconut milk is high in calories, and although it comes with many health benefits, you should stick to smaller portions.(8) When buying coconut milk, look for pure, organic coconut milk, which is commonly sold in a can.

Even though the coconut is not directly related to the walnut, people with a walnut allergy may experience allergic symptoms. 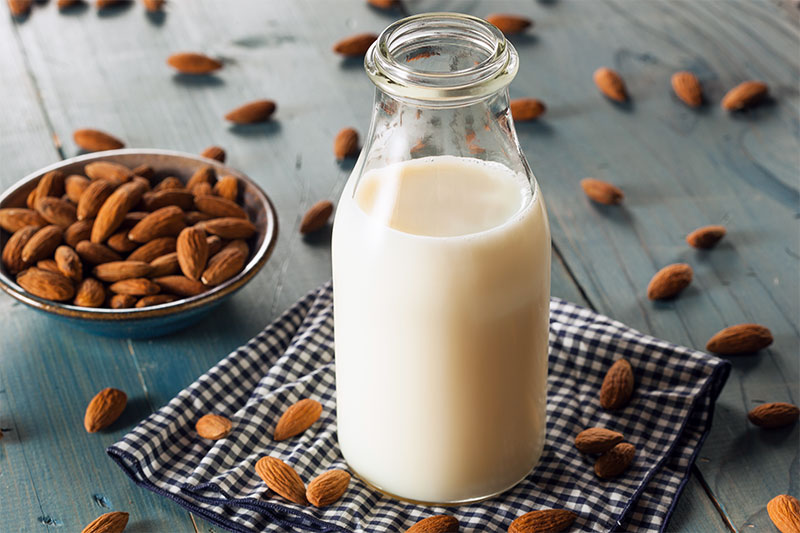 Almond milk – a mixture of finely ground almonds and water – is a particularly good alternative to cow’s milk for those with a dairy allergy. It is almost free of allergens and contains neither lactose, soy proteins, nor gluten. Almond milk has anti-inflammatory properties and may be easier to digest than dairy milk.(9) The downsides of almond milk are that it is often sweetened with added sugar and fortified with many additional nutrients. Your best bet is to buy plain, organic almond milk, or even better, make your own. You can find step-by-step instructions online.

Oat milk is another good milk alternative, as it has neither lactose nor milk protein. Since the cereal grain is high in fiber, it also fills you up relatively quickly. Oat milk is often said to contain gluten, but is this true?

The following cereals contain gluten: wheat, rye, spelt, barley, and einkorn wheat. Sometimes oats are also included on this list, because oats are often contaminated by grains that have gluten and thus contain another protein called avenin. This can induce symptoms similar to those caused by gluten intolerance. People with a gluten sensitivity need to be cautious with oat milk.

Soy milk is a popular vegan milk alternative and is suitable for people with a lactose, milk protein, or gluten intolerance. This milk substitute is also a good source of protein and essential fatty acids. Nevertheless, soy milk faces plenty of criticism. It contains isoflavones, which have a chemical structure similar to that of the hormone estrogen, which our body produces. As a result, drinking soy milk can influence the effect of estrogen in our body – in both a positive and negative way. Don’t overdo it with this milk alternative, and never give soy products to infants or toddlers.