BLAKE LEEPER – I have two disabilities, but a thousand abilities. 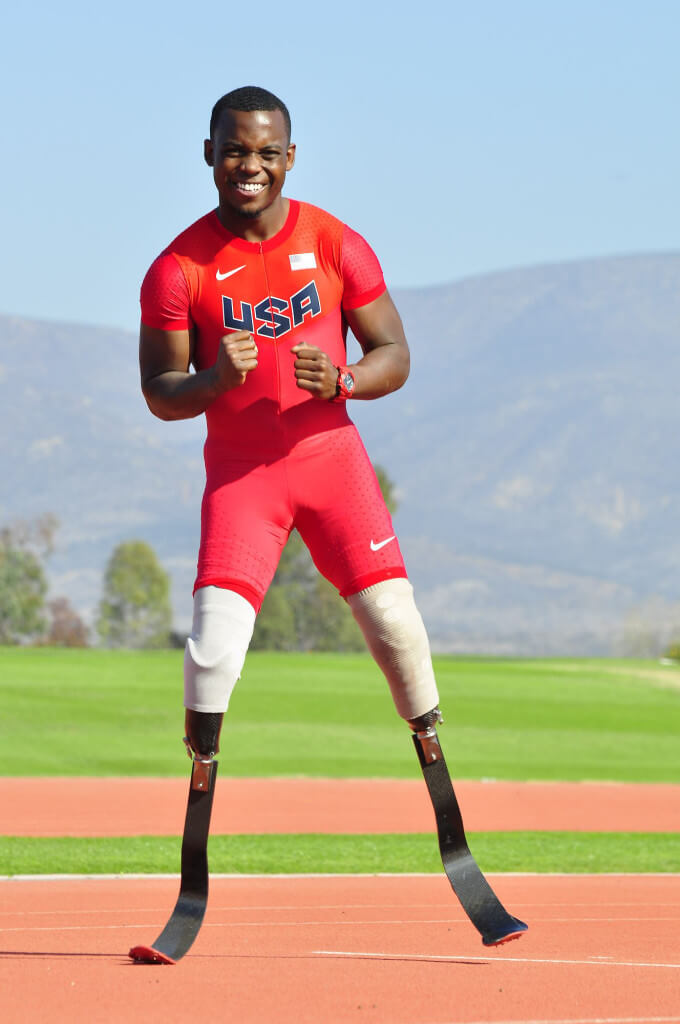 “I have two disabilities, but a thousand abilities.”

Ever since Blake Leeper was a child, he’s been determined to be a star athlete. Leeper is a bilateral below-the-knee amputee and has been using prosthetics since he was a young child. His parents elected to raise him “as if he did have limbs” and Leeper spent much of his childhood trying to keep up with his big brother, Kris, who took him under his wing and shared his love of athletics.

Unwilling to sit on the sidelines, he grew up participating in cross country, basketball, and baseball. Leeper was even a member of his high school’s varsity basketball team. His father played a key role as coach and motivator, and he never gave Leeper an inch. He’d ride him for ground balls that went through his legs or missing lay-ups on the court.

In 2008, he obtained a grant from Challenged Athletes Foundation to receive a pair of new, top-of-the-line running prosthetics. Since receiving his new prosthetics, Leeper has been an unstoppable force.

Just months later, at the 2009 Endeavour Games, still only 19 years of age and unsure of how to position his new prosthetics on the starting blocks, he won gold in the 100m, 200m, and 400m – all in one day. Not too shabby. Leeper then elected to stick with track & field as his sport of choice, because he enjoys running and competing in a sport that is extremely intense and individual.

“Training at such a high level, can be straining and isolating sometimes.  I love the features Runtastic offers me, to keep my workouts fun and interactive.  My family and friends can cheer me on, and follow my activities live – really amazing!”

And his noble pursuits don’t end with athletics. Leeper has mentored other athletes with disabilities at U.S. clinics coordinated by the Challenged Athletes Foundation. He’s also traveled to Haiti to teach kids who lost limbs in the devastating earthquake to become more mobile on their new prosthetics. “I have two disabilities,” he says, “but a thousand abilities.”

Talk about guts, courage, and confidence.  He’s just our kind of guy!