Burn your calories with Runtastic to illuminate the Eiffel Tower 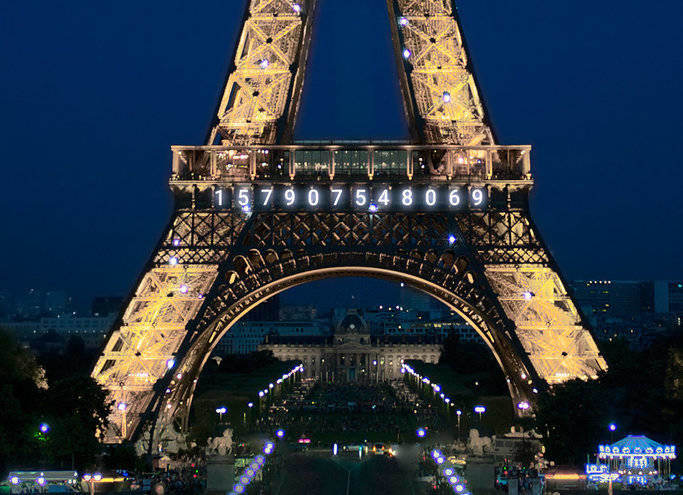 Have you ever thought about what would be possible if 75 million daily users of Runtastic could transform their burned calories into energy?

How about illuminating the Eiffel Tower?
During the 2015 United Nations Climate Change Conference (COP 21), French artist Yann Toma with his organisation HUMAN ENERGY (in association with ARTEL) will transform the Eiffel Tower into an immense energy antenna each night from December 6-12. Virtual energy will be generated by the actions of you and millions of other Runtastic users all over the world. It will be a powerful signal that we can unite to deal with the climate crisis.

Everyone can help light the Eiffel Tower

The results of both actions will be recorded as “Units of Artistic Energy” (EA) and will be displayed in the form of a counter projected on the Eiffel Tower. It will also measure the volume of tweets generated live during COP21.

Together with millions of other active people, you can help achieve the goal of 284 million calories burned every day. In this infographic, you can see how many calories you can burn doing different fitness activities.

Let´s show the world that we are here and concerned about our planet´s future.

Starting at 5pm (Paris time) on Sunday, December 6 until Saturday, December 12, use your Runtastic apps to participate in this great work of art!

About Yann Toma:
Artist, researcher and professor at Paris I-Pantheon Sorbonne. He is President for Life of Ouest-Lumiere, the former western Parisian electric company, and as the only artist-observer at the UN, he builds monumental artworks of light.

There’s still time to do our #WakandaForever Wor