Carrying around a 50 lb. rucksack by choice is not normal. 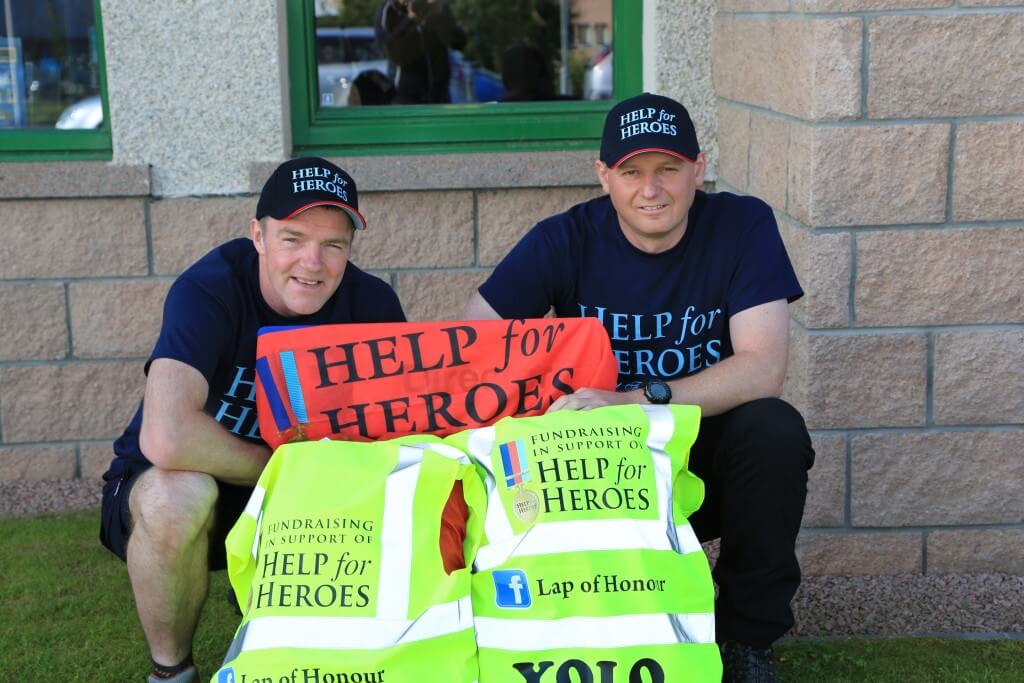 Choosing to carry that rucksack might be seen as slightly odd. Choosing to carry it for 300 miles in 10 days probably seems quite insane to most people. However, if this insanity is to raise awareness and, more importantly, lots of cash for Help for Heroes, then it will all be worth it.

In October of this year, Ian Innes and Nigel Carter are going to walk 300 miles in 10 days, each carrying a 50 lb. rucksack. The route they take will see them ascend and descend more than 11,000 ft. and it will be by far the most physically and mentally challenging task they’ve ever undertaken.

Nigel and Ian decided to do this when they realised that walking with a heavy rucksack was better training than going out for a jog or walk. They then thought that as it was such an unusual way of training, as strange looks from people in passing cars soon confirmed, that it might be worthwhile doing it for charity. Now, as mentioned earlier, carrying such a load is not normal for most people but those that do find it a part of normal everyday life are the men and women who serve our country (UK) in the military.

These men and women risk more than most of the rest of us ever would and Ian and Nigel have chosen to do something to help them if they get injured. Please don’t forget that most serious injuries that occur in the line of duty are not injuries that can quickly fixed. These injuries are life-changing and the support these injured men and women require also lasts a lifetime.

Please choose to help Nigel and Ian collect as many donations as possible by visiting their Facebook page Help for Heroes Lap of Honour or their charity website www.bmycharity.com.

Help for Heroes offers comprehensive support to those who have suffered life-changing injuries and illnesses whilst serving in the military. This is provided through grants to individuals, other service charities, capital build projects and our four Recovery Centres across the UK (Catterick, Colchester, Tidworth and Plymouth). The money raised by the hugely generous public has been used to support our wounded, but there is still so much more to do. Soldiers, sailors and airmen who are injured today will still need our support tomorrow and in the days that follow, for the rest of their lives. They are still battling and we won’t let them battle alone.

Muscle Recovery: 8 Tips for a Faster Recovery after Exercise

Tired After Eating? 6 Tips to Boost Your Energy