"Champions keep playing until they get it right.” – Billie Jean King 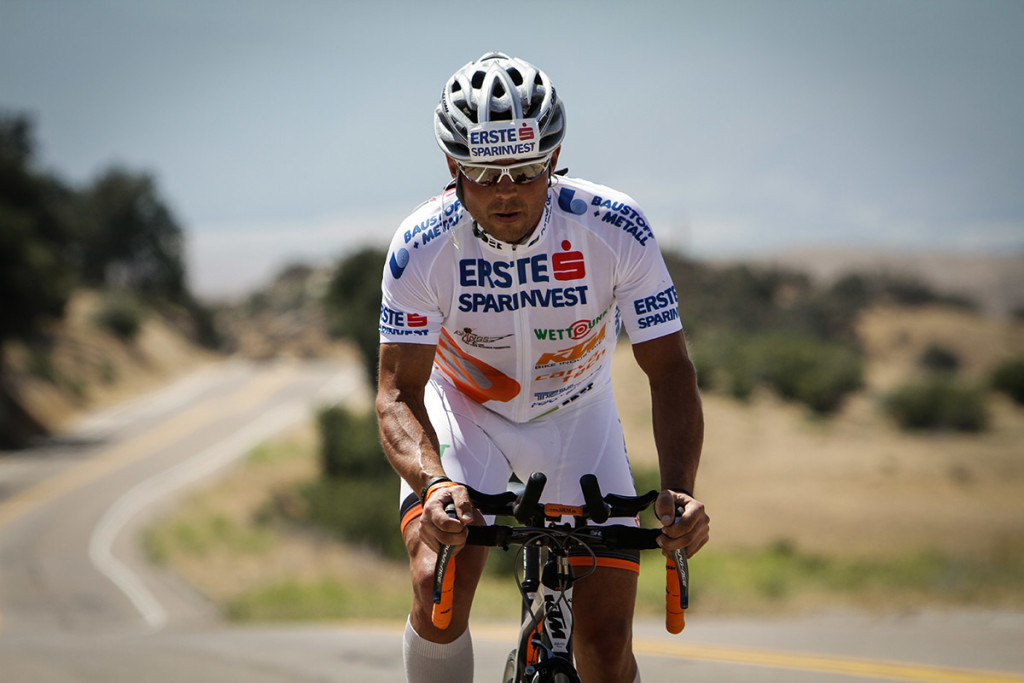 On June 11, 2013, Gerhard Gulewicz, the 46-year-old athlete from Bad Ischl, Austria, crossed the starting line of the world’s toughest and longest bike race – Race Across America – for the eighth time. Participants of this race ride 4,800 km and overcome more than 50,000 meters in elevation change. After 10 months of intensive preparation, with the help of his 10-strong team and with 3 vehicles to accompany him, Gerhard was determined to win the race.

The starting gun was fired on Tuesday, June 11 at 12 a.m. local time in Oceanside, California, and LIVE Tracking by Runtastic was initiated. Gerhard started right after frontrunner Christoph Strasser (AUT) and shortly before two orther favorites, Dani Wyss (CH) and Reto Schoch (CH). The first 300 kilometers led them from Oceanside, which lies directly onthe coast, into the desert. This represented one of the major challenges of the race given that the cyclists are exposed to temperatures of over 120°F in the Sonora desert.

Gulewicz: “The first few kilometers in this dry heat were rather extreme – however, the longer I spent there the more I enjoyed the ride since I came to the U.S. optimally prepared.”

Gerhard and his compatriot Gerald Bauer from Salzburg went head-to-head for some time and Gerhard was finally able to overtake Swiss cyclist Dani Wyss during one of his sleeping breaks. Right before setting off for one of the most beautiful sections of the Race Across America through Monument Valley, Gerhard Gulewicz took his first major sleeping break.

However, this year’s race presented Gerhard and his team with an additional challenge right from the start. Partly due to the extremely high temperatures in the Sonora desert, Gerhard suffered from light stomach problems and developed an exhausting case of bronchitis. Despite these major impairments, especially during his sleeping breaks, he was still able to deliver very solid results just as expected. In the following night the Austrian athlete turned in an incredible run with top speeds of up to 40 km/h.

Later on he conquered the Rocky Mountains while in an exceptional 4th place. The mountain range includes one of the race’s toughest spots, the Wolf Creek Pass, where Gerhard had to climb 3,300 meters.

Then, a sudden thunderstorm with heavy showers led to massive floods and the Mississippi River once again, as has happened several times during past events, forced the organizers to change the route. Gulewicz was able to sleep in a campervan while he was driven past the closed race sections in order to finish the remaining 900 miles. Despite the severe weather, his fight for 3rd place with Swiss athlete Daniel Wyss (within 150 meters of one another) continued.

But then, 550 miles before the finish line, Race Across America 2013 came to a sudden, unexpected end for the 46-year-old. After lengthy debates, his team lead and his medical assistant decided to abort the race based on the fact that the athlete’s safety could not be guaranteed. One of the indicated reasons was his suffering from bronchitis, especially during the sleeping breaks, which was responsible for his ever growing sleep deficit. Furthermore, Gerhard was struggling with a so-called “Sherman neck” later on in the race – a symptom that often occurs during this race, leading to an almost complete failure of the neck muscles which keeps the riders from maintaining their head up straight.

All in all, Gerhard tackled 4,830 kilometers, 58,000 meters in elevation change, 15,000 calories burned per day, 20-25 liters of fluids/day, 8 hours of sleep in 8/9 days, and temperatures of up to 120°F. Facts and figures which make this race seem outright impossible, yet Gerhard Gulewicz was able to successfully ride for over 7 days.

Despite being unable to finish, we believe that Gerhard remained true to his motto: “If you dream it, you can do it!”

Meanwhile, Gerhard has returned to his hometown and is currently recovering from the exertions of the race. He has already accepted that luck was not with him this year and is eagerly working on new plans to eventually reach his big goal – winning this race. We find his unbelievable perseverance and seemingly inexhaustible determination extremely inspiring! We wish Gerhard all the best with a quick recovery after his strenuous RAAM 2013.

Gerhard, thank you for your great race and this fantastic & exciting project!

Running on an Empty Stomach: Get the Facts

Looking for a Running Alternative? How to Increase Stamina with Low Impact Cardio + 5 Tips