“We did it!” boasted the tired but enthusiastic Rainer Schmoigl after completing the treacherous two-day running event he devised. Rainer dreamt up the idea to run the Madritschjoch peak in the Swiss-Austrian Alps – one of Europe’s toughest mountain bike trails. He formed a team of runners from Lower Bavaria in Germany and decided to try to run it. 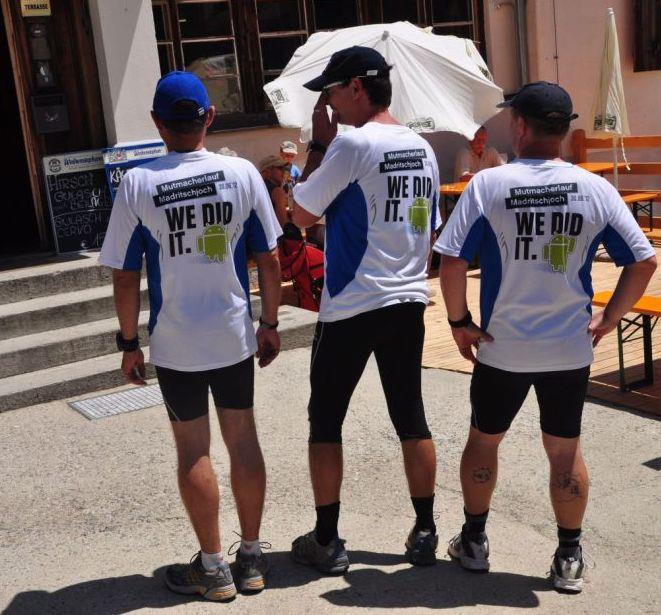 Rainer Schmoigl, a self-proclaimed “Mover with passion,” created this event to try something new and challenge the limits of physical condition. The group of runners didn’t just want to run the Madritschjoch; they also wanted to help a charitable cause that was important to them. The cause in question was supporting the “Social Pediatric Center” of the Passau Children’s Hospital in Germany.  With this cause in hand and such a crazy feat to tackle, donations for the hospital poured in.

On June 30 Rainer and crew set off on their probably most challenging run. To track this physical feat the group used the runtastic Android app to monitor and record their course, altitude and progress. The extreme numbers were impressive! They recorded a time of 9 hours and 5 minutes and climbed more than 6900 feet up and more than 7100 feet downhill.

Starting at the ski gondolas in Solden, they steadily climbed uphill with grades as steep as 30 percent. After this insane climb, the participants ended Day One at the “Zufallshütte” in the Martell Valley, where they received massages and meals from friends. After reaching the peak at the beginning of Day Two, more than half of the ordeal was done and it was time to get back down to Solden. Once they crossed the apex at Madritschjoch, it was all downhill and quite a shock to the legs. 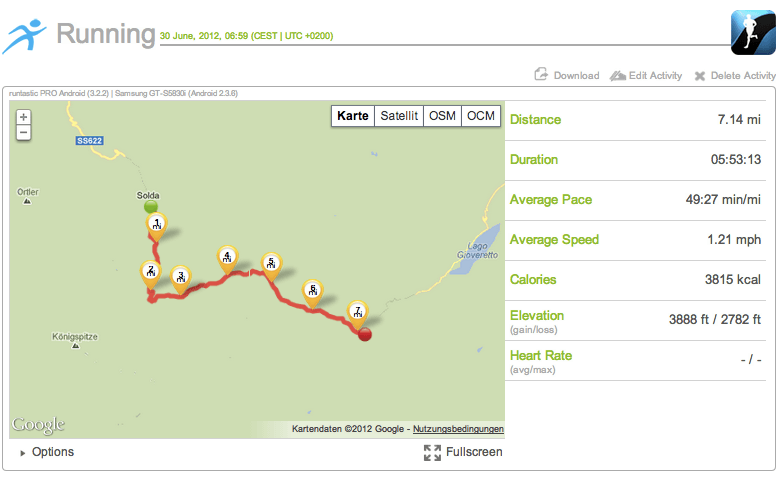 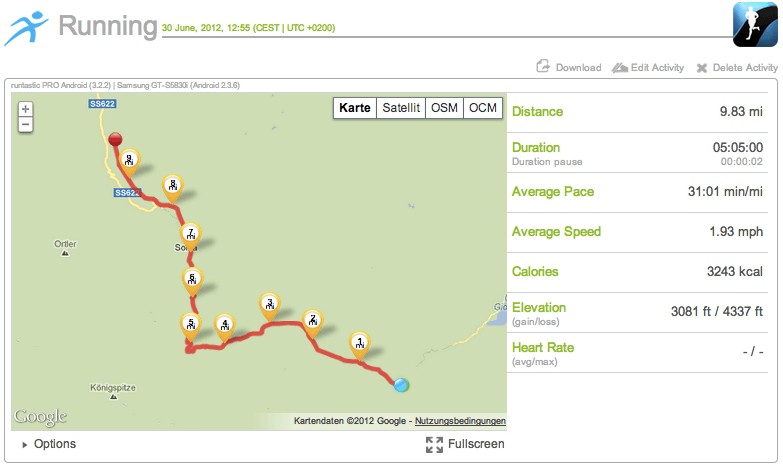 Exhausted but full of adrenaline, Rainer praised the fighting spirit of his teammates Thomas Dobler and Stefan Schuster, who were key parts in encouraging everyone to finish. Upon completion they were able to come through for the Pediatric Center at Passau and donate several thousand Euros to the kids.

runtastic congratulates Rainer and his team for their perseverance and their charitable efforts!