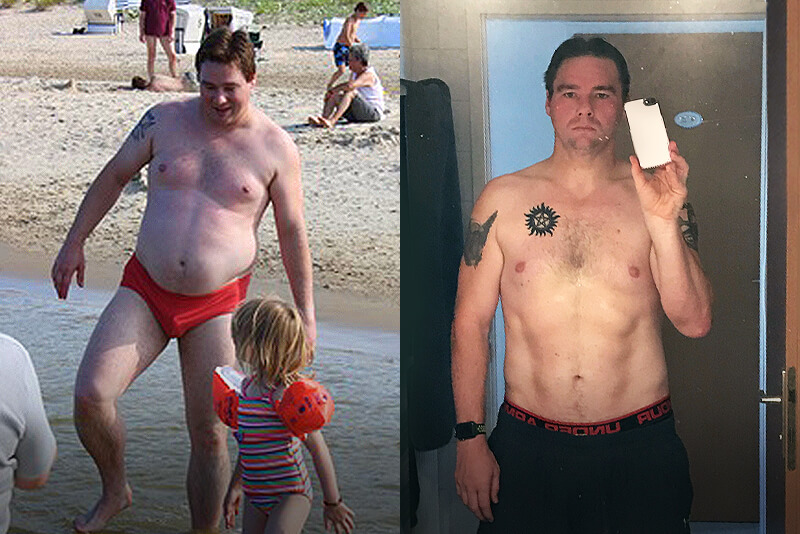 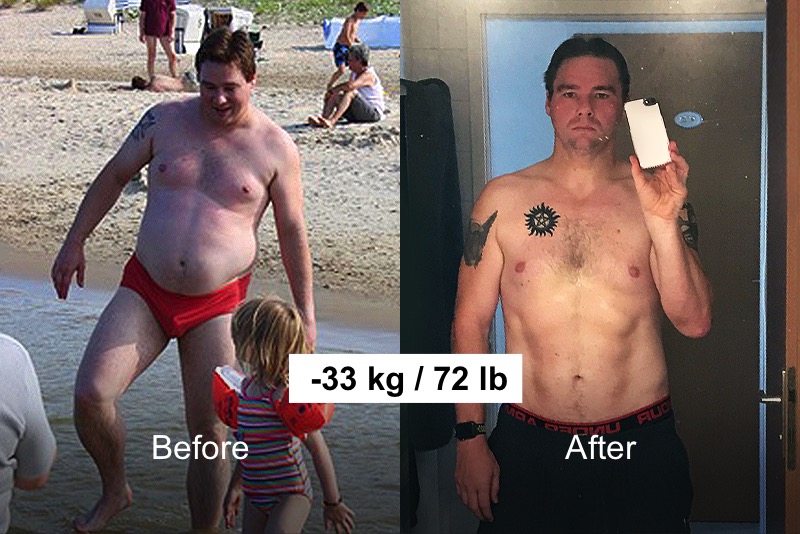 Then came the turning point…

In April 2016, everything changed. My wife had to alter her diet due to an allergy. We agreed that she should also cook for our daughter and me to cut down on the extra work. So I also completely turned my diet around. I ate healthier and more balanced meals, with lots of fresh fruit and vegetables, and reduced my portion sizes. Sometimes, I had a shake for lunch instead of a meal. I started cycling again. Slowly, the kilos began to melt away.

“The Runtastic apps helped me to break my weight loss plateau”

I got off to a fast start in 2017 with a New Year’s run. As crazy as it may sound, I tackled the first 10 km run at 2 a.m. I guess it’s safe to say that I’ve caught the running bug. I’m so thrilled about my progress that I’m planning to take part in three Spartan races next year. I currently weigh 99 kg (218 lb), but my goal is still to lose another 5 kg (11 lb). Plus, I’d like to put on some more muscle mass.

My tip for you: You can achieve anything if you put your mind to it. The main thing is to take action and work hard toward your goal!

Have you lost weight, too? If you would like to tell us your success story, send us an email at mysuccess@runtastic.com! Don’t forget to include a few before & after photos.