A half hour after lunch you start experiencing stomach cramps and have to make a dash for the toilet. It’s gotten so bad that you don’t dare leave the house. Does this sound familiar? Then you might be suffering from a food intolerance. We will explain the most common intolerances, their symptoms and what foods to watch out for. Because sometimes healthy foods can make you sick, too.

Don’t confuse food intolerances with food allergies. Allergies are hypersensitivity reactions, which means your body reacts abnormally to a particular food, pollen, grass or animal. It considers the substance a danger, so it produces antibodies. This can lead to symptoms like runny nose, rashes and asthma, but also more life-threatening problems like anaphylactic shock.

A food intolerance, on the other hand, is when your body cannot properly digest a particular food. There is no defensive response on the part of your immune system. The most frequent symptom is gastrointestinal distress.

The most common intolerances

Lactose intolerance occurs when your body cannot digest lactose (milk sugar). Lactose is a disaccharide sugar composed of glucose and galactose. Normally, lactose is broken down into these two simpler sugars by the enzyme lactase so it can be absorbed through the intestines into the bloodstream. But in the case of lactose intolerance this enzyme is missing or is not produced in sufficient quantities. This means the lactose cannot be digested properly, resulting in gas, stomach cramps, nausea and diarrhea.

As the term “milk sugar” suggests, lactose is found in all milk products (milk, yogurt, cheese, cream cheese and cottage cheese). It is also frequently added to processed foods and even protein supplements. The more liquid a dairy product is, the more lactose it contains. Thus, milk is a real lactose bomb (4.5 g per 100 g), whereas hard cheese contains mere traces (< 1 g per 100 g).

If you have been diagnosed with lactose intolerance, you should reduce your consumption of milk products or switch to lactose-free and vegan products. In most cases, it’s the amount that matters (which is also true for fructose and histamine intolerance). For example, you might be able to tolerate a dash of milk in your coffee, but a warm glass of milk with honey in the evening causes you gastrointestinal distress. After being diagnosed with lactose intolerance, it often helps to completely eliminate lactose-containing products from your diet for a while before slowly reintroducing them into your meal plan at a later time. You can also keep a food and symptom diary so you know what foods you tolerate well.

In addition, you can purchase the enzyme lactase at the pharmacy. You should always keep some lactase with you when you eat out to help with any potential stomach problems.

Good to know: Just like cow’s milk, goat and sheep milk also contain lactose. The lactose in lactose-free milk is already broken down into its two component sugars, which makes it easier to digest. It tastes a little sweeter than milk containing lactose. Plant-based milk alternatives like soy, almond or oat milk do not contain milk sugar. Fructose is found in the following foods:

Also, certain vegetables are often difficult to digest like cabbage, broccoli or leek. The sugar substitutes (or sugar alcohols) sorbitol and xylitol can lead to gastrointestinal distress. These are commonly found in diet drinks, sugar-free chewing gum and sweets. If you suffer from fructose malabsorption, it is very important to look closely at the list of ingredients on packaged foods when grocery shopping.

Have you been diagnosed with fructose malabsorption? Avoid fructose-containing foods at the beginning and then slowly reintroduce them into your meal plan in small amounts. This way you can see which foods cause you problems. 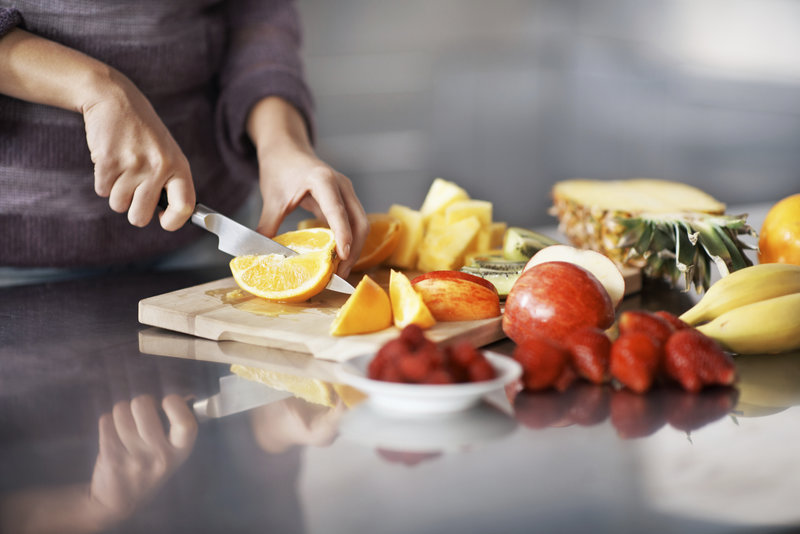 Some histamine-containing foods include:

Basically, all aged foods contain high levels of histamine. In addition, there are histamine liberators, which release additional histamine inside your body and can also lead to problems. These include:

So what can you do if you have been diagnosed with histamine intolerance? Cut down on your consumption of histamine-containing foods. You can probably handle small amounts, but you have to find out how much through trial and error. Often, how well your body can tolerate a particular food depends on how you are feeling that day. Celiac disease is a genetic food intolerance to gluten (not to be confused with wheat allergy). If left untreated, it can lead to chronic damage of the mucous membrane of the small intestine. Gluten is a protein found in the following grains:

* Oats generally do not contain gluten, but they can be contaminated during processing. If you want to play it safe, look for the crossed grain symbol on the package.

Gluten-containing foods trigger an autoimmune reaction in people who suffer from celiac disease. The body’s immune cells produce antibodies that attack the cells of the small intestine. This destroys the mucous membrane and compromises the small intestine’s ability to absorb nutrients (malabsorption). Common symptoms of celiac disease are diarrhea, stomach pain, gas, fatigue and deficiency signs. Children often suffer from growth disorders, too.

The only “cure” for celiac disease is to stick to a strict gluten-free diet. Every type of gluten-containing grain must be avoided. Processed and packaged foods are often tricky because they can contain gluten. Mere traces of the protein are capable of causing symptoms. Food labelling is a big help in identifying which foods are safe to eat: the crossed grain symbol can be found on gluten-free products. Some gluten-free side dishes are:

Only 1% of the world’s population suffers from celiac disease. But many people today suffer from gluten sensitivity, a relatively new disease, about which not much is known at the moment. The symptoms are similar to celiac disease, but the food does not damage the mucous membrane of the small intestine. People can avoid the symptoms by eating a gluten-free diet.

Do you think you suffer from one of the food intolerances above? You should see a doctor before restricting your diet: a doctor can do a hydrogen breath test, have lab tests run or perform a gastroscopy and small bowel biopsy for suspected celiac disease. Most at-home tests are unreliable and more importantly: expensive!

If the diagnosis is positive, we recommend speaking to a dietitian.

Julia Denner Julia is a dietician and sports nutritionist. Before she began her position as Communications Specialist at Runtastic, she spent several years working as a dietician in the surgical department at Vienna General Hospital. Julia is passionate about inspiring others to eat a healthy, balanced diet. View all posts by Julia Denner