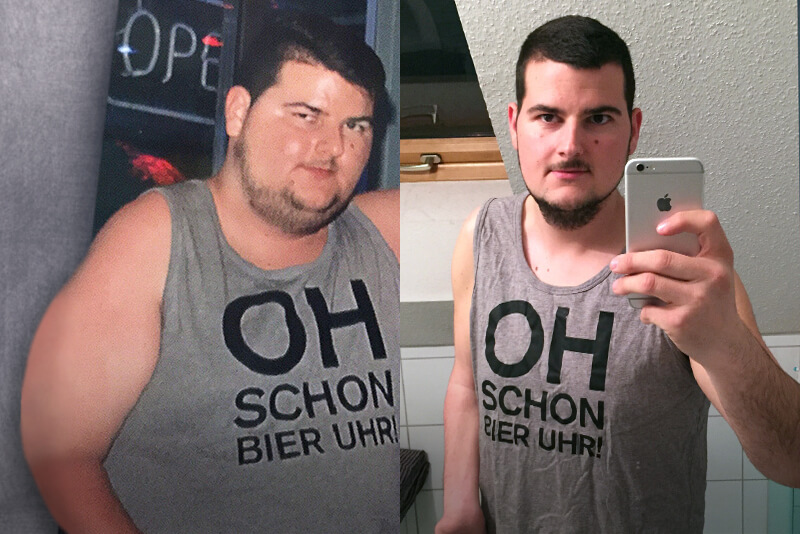 Almost exactly one year ago, Julian took his first step toward a more active and healthier lifestyle: at the time, he tipped the scale at 109 kg (240 lb) and didn’t feel well. The 23-year-old decided to join a gym and started doing cardio training. “Back then, the treadmill was the enemy I had to defeat.” 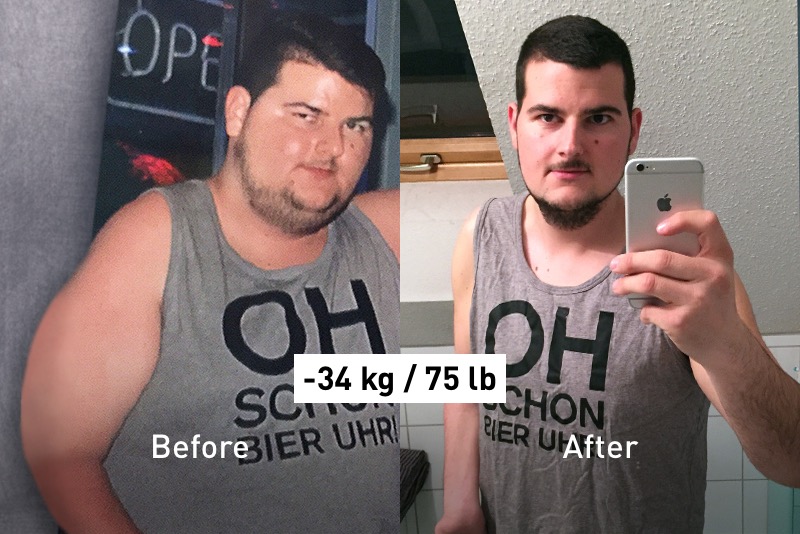 But Julian’s motivation to lose weight increased with every step he took on the treadmill. Soon, he had achieved his first big goal: to run an hour nonstop.

In summer, the Austrian exercised up to five days a week for at least 60 minutes per session. He also decided to quit smoking — a decision, incidentally, that he has never regretted making. “I keep telling myself: if you smoke a cigarette, you won’t be able to breathe to run.”

Besides regular exercise, Julian also began to keep a food diary. He wrote down all his meals, snacks and beverages. Food tracking helped the 23-year-old to get an overview of his eating habits and to change them for the long run. “Food tracking taught me to be more aware of my diet and to pay attention to what I was eating.” It didn’t take long to see the first results: after just a few months, he had already lost 18 kg (40 lb) through the combination of exercise and proper nutrition.

Nothing can stop the Austrian

“Of course, I suffered a couple of setbacks. For one thing, I had a painful breakup with my girlfriend. But I didn’t let it stop me.” Julian did everything he could to reach his weight-loss goal: “I have lost 34 kg (75 lb) and have started to focus on strength training and muscle building.”

Julian’s highlight of the year was competing in the Wings for Life Run: “I managed to run a total of 13 km – 3 km more than I had planned to.” Julian’s next goal is to compete in the Vienna City Half-Marathon. For all those interested in losing weight, Julian has the following tip: “No matter how difficult or hopeless the situation may seem — never give up!”

Would you also like to tell us about your success? Then send an email with your story to mysuccess@runtastic.com and don’t forget to include a few before & after photos. We look forward to hearing your success story!