From Couch Potato To Avid Runner 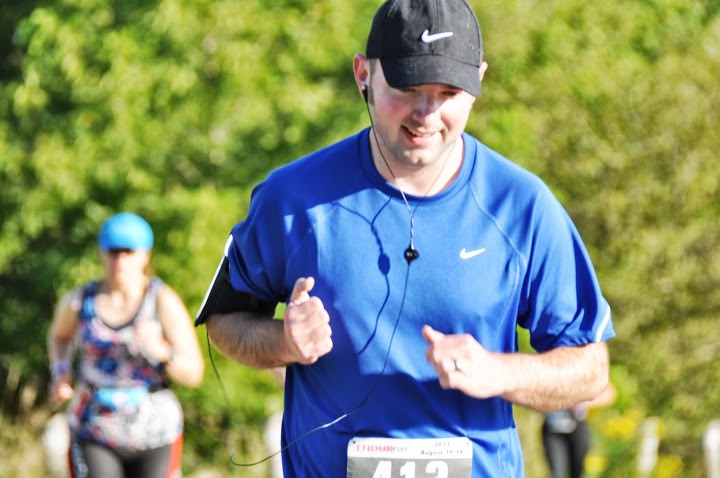 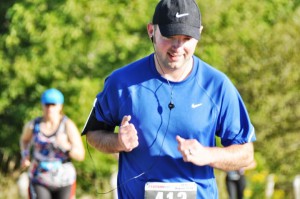 Running; just the thought of it makes some people cringe. Up until a few years ago, it made me cringe too.

Running was something that I had always wanted to try, but never had the motivation to start doing. I would always see people running around my neighbourhood and I wished I had the drive to do it.

So one day, I stopped wishing and I finally did something about it.

It sounds much easier than it actually is, but transitioning from a couch potato to running all of a sudden is not a simple task (at least, it wasn’t for me at first).

Personally, it was all about changing my mindset completely. I don’t claim to be the world’s best expert on the subject, but I’d like to share my story on how I got my rear end up off the couch and started to run.

Fit for my wedding

First and foremost, I needed to set a goal. It was early in 2012 and my wedding was in July. Knowing that our wedding pictures were something we’d look back at for the rest of our lives, I wanted to look my best for my bride-to-be. I didn’t necessarily have a target weight in mind, I really just wanted to lose some weight. Whether that was 5,10,15 pounds … the number itself really didn’t matter. The end game was simply to end up a little lighter on my wedding day than I was before my wedding day.

So I started off jogging in very short spurts. I think the first time I might have gone about 100 or 200 meters before I started huffing and puffing and had to slow down. But the important part was I kept going.
The next thing I did was I downloaded a run counter for my phone. There are several of them out there, but Runtastic is by far my favorite. If you’re a results-driven person, you will absolutely love Runtastic.

The ability to not only track your run via GPS, but also keep track of calories burnt, as well as find out how much fluid you should consume are very handy resources. I can confidently say Runtastic was an integral part in my journey from couch potato to avid runner.

When I first started running, I had no idea how long I went or how far I went. While it was great I was getting out and exercising, I had no clue whether I was improving or not. With Runtastic, I could track exactly how far I went and how long I ran for. This way, it was much easier to track my progress.

The ability to monitor nearly every aspect of my run not only challenged me to run, but also challenged me to run longer distances and to keep running more frequently.
It became a game for me. When I left the house I always had a certain goal in my mind. “Okay, today I’ll go 4 kilometers”. But by the time I got to 4, I thought “Wouldn’t it be cool to go 5?” It’s great because you constantly push yourself to go farther than you may have otherwise.

For me it was very rewarding to push past my limits and see how far I could go. You’d be amazed how far you can push your body to go when you get over that mental hurdle. One day, completely out of nowhere, I pushed myself to run 12 kilometers, and I wasn’t even planning on running that far that night. I just so happened to get past 8 kilometers and kept pushing myself to go 10, then 11, and eventually hit 12.

Of course, exercising is only one half of the equation; proper nutrition is also extremely important to being healthy.

When you realize how much running you have to do to burn off the sweats, your priorities suddenly change. Although they may taste great for a few moments, those sweet indulgences really aren’t worth it any more. That’s not to say I don’t indulge in junk food at all. If I was never allowed to eat pizza or drink beer again in my life, I don’t know if I could do it. The difference now is I’m mindful of what I eat. If I have a burger and fries, I feel kind of guilty about it and thus guilt myself into going out and running later on.

Fast forward to about June 2012 and that’s when I really started to hit my stride. It’s hard to explain, but running was really was like a drug for me. Out of the 30 days in June, I went running 23 of them. In retrospect, I really should’ve had more rest days, but I worked really hard that month.
Closer to the wedding, my family and friends seemed to notice a difference in me, and that was very reaffirming. To know all my hard work had paid off was extremely satisfying.

Another neat thing is I’ve had a few friends and acquaintances tell me they’ve started running as well. Trust me when I say that finding out you’ve helped make some small change in people’s lives (however miniscule it may be) is a very cool thing.

I guess what I’m saying is it really doesn’t matter what your motivation is, all that matters is that you get out and do it. Just getting started can be the hardest part, but once you get over that initial hump, it gets easier … and believe it or not, it actually becomes fun.
In 2012, my ultimate goal was to lose some weight for my wedding. In 2013, my goal was to run a half marathon (which I did), and in 2015 I’m hoping to participate in another half marathon and hopefully reach a new personal best.

Before I started running and using Runtastic to track my progress, I got virtually no exercise. Now I run at least three times a week, and sometimes even four or five times a week.

The funny thing is when I initially started running, I only thought it was just a short-term solution; but after two and a half years, it’s now become an integral part of my exercise regimen. Best of all, it will have a long-term positive effect on my quality of life.