From Manager to Extreme Runner: A Half-Marathon Every Day 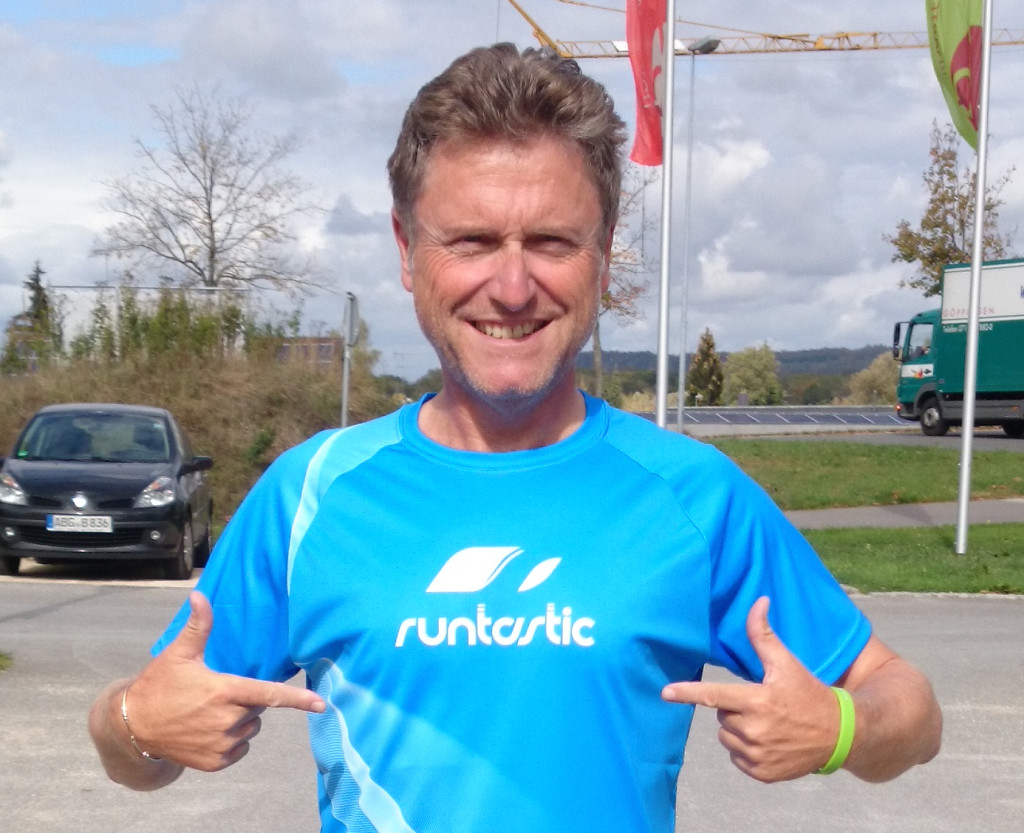 What lies on the other side of the earth? From Germany, it would be Australia. If you could run from Germany to Australia as the crow flies, it would be a distance of 14,601 kilometers.

On January 14, 2016, Harry Ohlig finished the last leg of this immense journey. How did he do it? He ran half-marathons – namely, one every day. 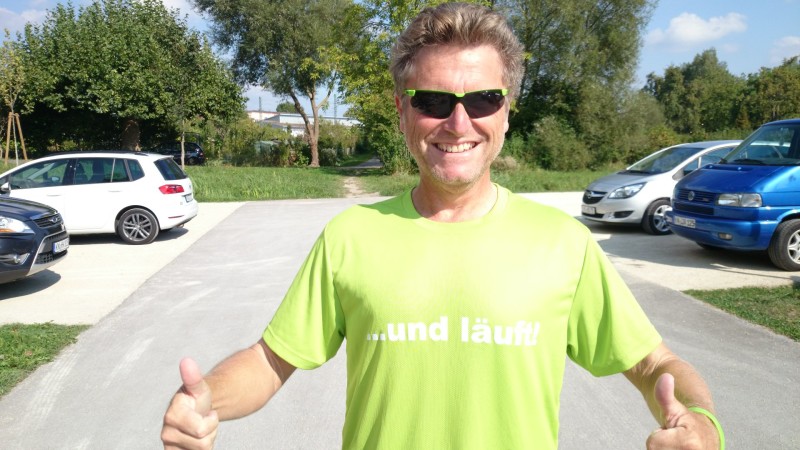 “Everyone can push the limits of the possible if they put their mind to it,” says the extreme runner with full conviction. His achievements are impressive proof of this: He’s already completed 692 half-marathons – 21.1 kilometers per day since February 10, 2014. What an amazing accomplishment! Harry’s goal is to break the world record with 1,000 half-marathons – in a row.

The incredible thing about this outstanding feat of endurance is the consistency with which Harry runs. Despite taking no rest days, he has only missed 12 days due to illness. What makes Harry’s story even more remarkable is that the man in his mid-fifties didn’t start in the best physical condition. Asked about this, Harry laughs and admits, “I was a smoker and weighed over 100 kilos.” Since then, he has burned more than 1 million calories. 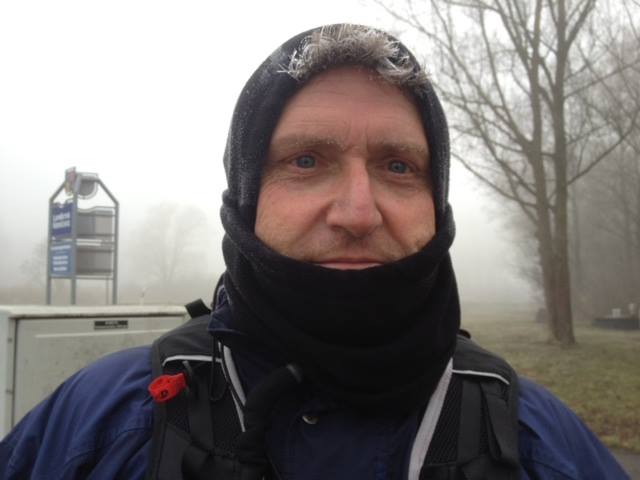 What does it take to run like you do? 22 pairs of worn-out shoes
An interesting, but not so surprising, question is how often he needs to replace his shoes: He is currently wearing his 23rd pair of running shoes. This means that, on average, every shoe holds up for about 650 kilometers. Apart from that, the runner makes do with approximately three hours of warming up and cooling down. Fascia massage plays a big role in this. Plus, he sticks to a balanced diet and makes sure to get enough vitamins and minerals. The biggest factor, besides the physical part, is mental toughness. And Harry has plenty of that. Where did he get it from? 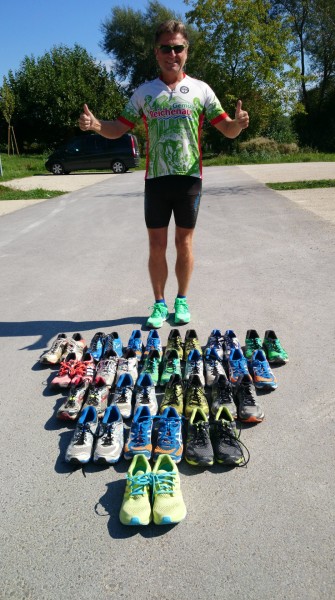 From manager to extreme runner
Harry Ohlig was the manager of one of the largest nightclubs on Lake Constance. The venture was a success, money was flowing in, and life was one big party. And it might have continued this way, too. But then came the day that changed everything. On this day, his business organized an event for children with disabilities. He couldn’t get the image of children dancing in his club out of his mind. Also around this time, he saw a TV program on children and young people with fatal diseases – there were thousands and thousands of cases in Germany alone. That is when he asked himself: “Can I do something for these kids?”

It wouldn’t have been Harry if he hadn’t had something big in mind. “I wanted to do something that gets people’s attention. Something that said commitment and dedication. Because that’s exactly what these kids need the most.” And then he got the idea: “I’ll become a runner – one kilometer for every gravely ill child in Germany.” This initial motivation and his unrelenting will still inspires him until this day.

He tackled his project with extreme optimism. The business man, who could afford anything and lived a life of luxury, gave up everything from one day to the next. He sold everything he owned and moved into a small apartment with his wife, so they would be financially secure for the time being. “Her eyes nearly popped out of her head the first time I suggested it,” he says with a grin. 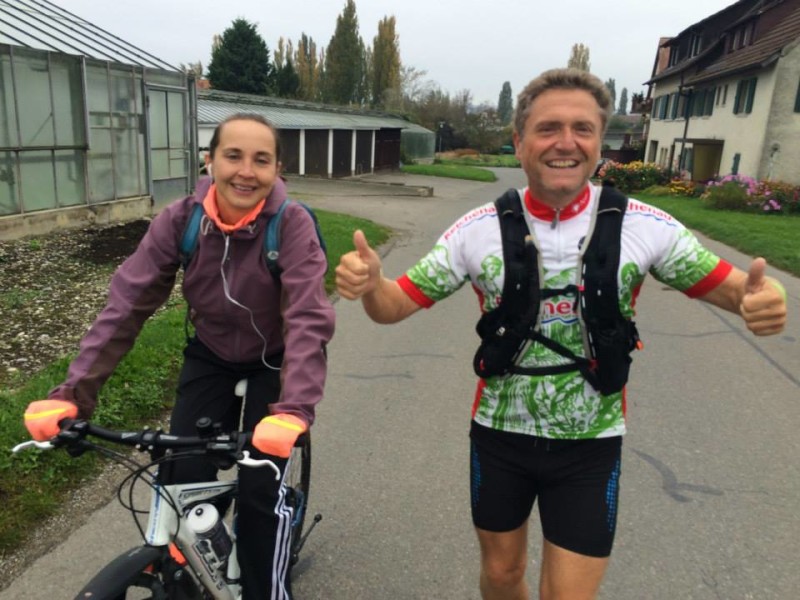 His philosophy of life keeps him balanced mentally and spiritually. He’s convinced that “if you want to do something great, you have to run where there are no roads.” In accordance with this motto, Harry Ohlig continues to raise the bar. He found the relaxed sense of peace that surrounds him by running. And his presence and focus have proven useful to him time and again. For instance, if something unexpected occurs. “Recently,” he says, “I heard a rustling and a snorting in the bushes, and then suddenly a wild sow with her shoat went running past me.”

Has already collected more than 72,000 euros
But the mental and physical aspect is only one part of this gigantic project: He has already collected more than 72,000 euros for the children. Currently, he is looking for partners and sponsors to help him break the world record with 1,000 half-marathons by the end of 2016. Particularly exciting are, for example, the finishes at company events: The company’s running club or individual employees can run with him as part of such an event. Afterwards, Harry Ohlig will give a talk and take part in a meet-and-greet. If you are also interested in supporting him, you can contact his management at publicity-management@gorus.de.

“Having someone to run with can really boost your motivation,” says the extreme runner, speaking from his own experience. “They help push me to my limits, especially since I’m not exactly the fastest runner in the world.” (Laughs) Nonetheless, Harry’s stunning act of stamina is unequaled.  “Following through on something, that is what I do best,” he says with a laugh … and keeps on running!

Last but not least, “For such a gigantic project, I knew I needed a dependable tool that I could rely on to track, archive and analyze all my running statistics,” says Ohlig. That’s why Harry began right from the start tracking his runs with Runtastic. “Runtastic allows me to manage the flood of data so I can find the information I need when I need it and provides me with a clear and easy-to-understand breakdown of my run. It’s a huge relief“, he says in conclusion.