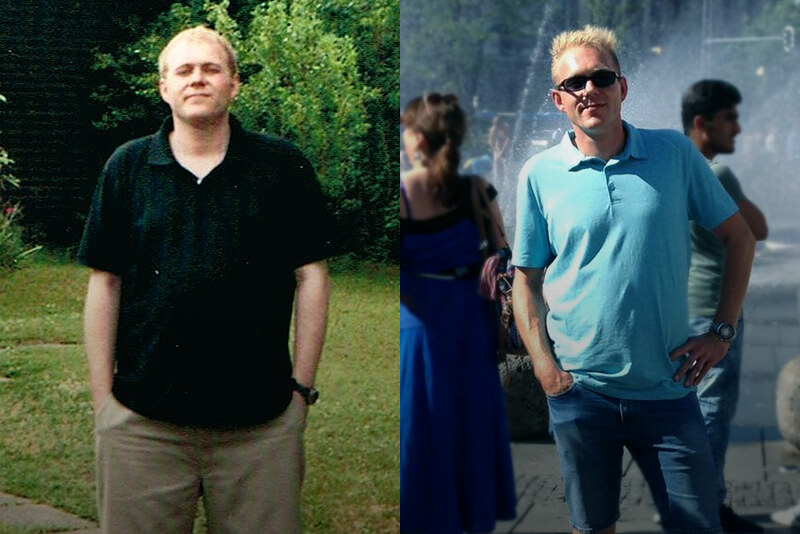 My name is Andreas, I’m 33 years old and I live in the Upper Palatinate. I wasn’t always overweight: until my 21st birthday, I weighed a mere 62 kg (136 lb). But then I had to start taking medication because of an illness. Plus, I began to eat too much – until I ended up weighing 110 kg (242 lb)… I don’t think I have to mention that I wasn’t very happy about it. 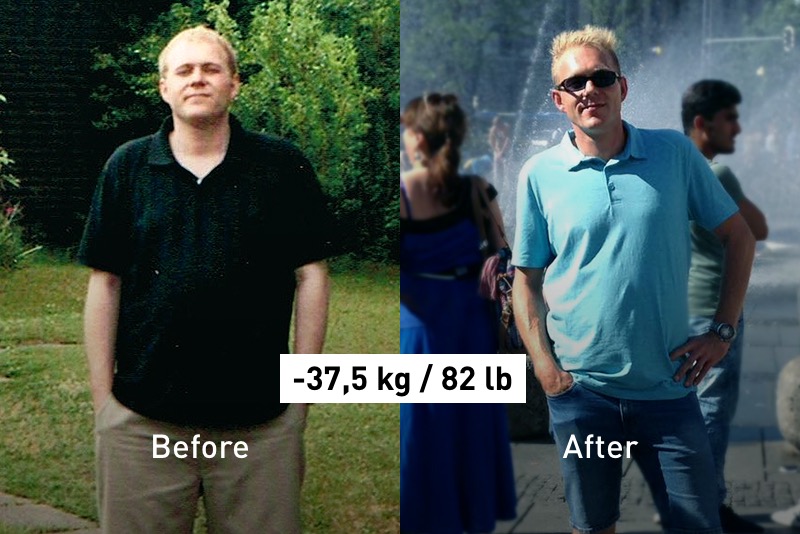 I had to do something about my weight as soon as possible! I decided to start running: the first two weeks were really hard because I was completely exhausted after just a few kilometers. My legs and back hurt because they weren’t used to the strain and my muscles were sore all the time. Which is not surprising considering that before I started exercising, all I ever thought about was eating and sitting in front of the PC.

But I didn’t give up and ran every day! I not only lost weight, but I also started to feel fitter and healthier. Over the last few months, I’ve lost a total of 37.5 kg (82 lb). I currently weigh 72.5 kg (160 lb), run 10 km in about 55 minutes and would soon like to compete in my first half marathon! The Runtastic app has been there with me from the start. Sometimes, I like to look back at my runs in the app because it makes me feel proud to see all the progress I have made 🙂 I haven’t regretted a single day of running and I simply love my new life!

Have you lost weight, too? Would you like to tell other users about your success? Then send us your story and some before & after photos to mysuccess@runtastic.com.