How To Use A Scale (As A Motivator Not Enemy) 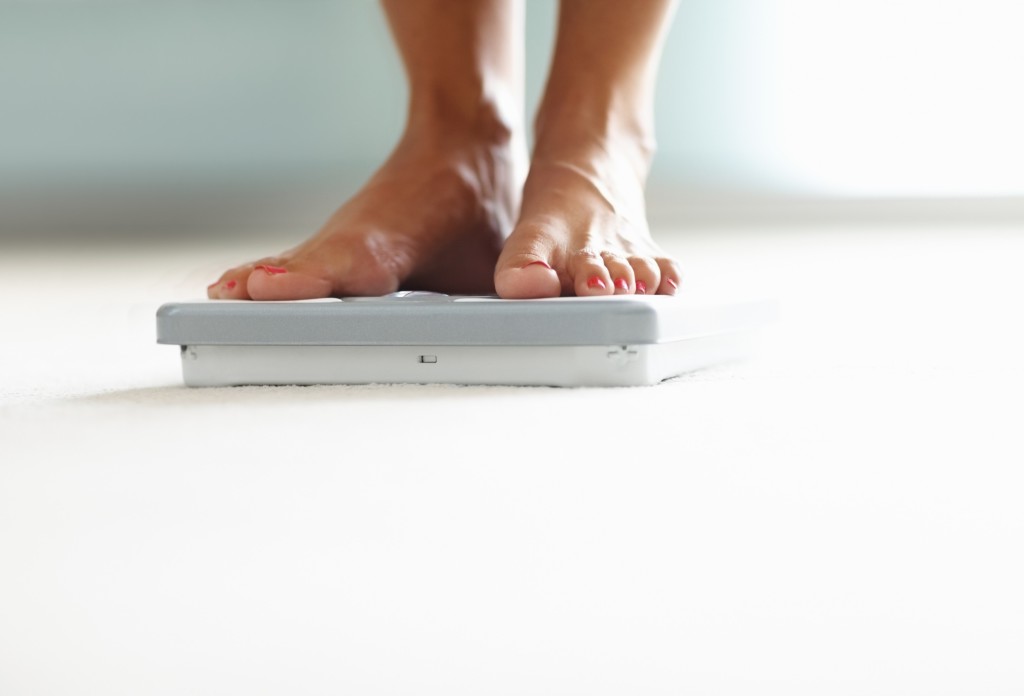 Paste your ideal weight on your scale so that when you ask if you’re allowed to feel good about yourself that day, it says, “of course.”

The display on the scale affects our mental and emotional wellbeing, and more often than not it’s not exactly for the better. Still, we can’t do without it. We take the daily step onto the scale then anxiously wait for the numbers to show. Numbers that determine whether we’ll feel good or not for the rest of the day. A couple of digits that influence our state of mind every single morning.

Author Geneen Roth elaborates on women and scales in one of her books: One of her friends is a slim woman. She works at a doctor’s office where she ocasionally steps on the scale. One day, her weight had dropped five pounds since her last weigh-in. She was happy, admiring her reflection in shop windows. She even bought a new dress and treated herself to a nice lunch high in calories. The next day, the doctor told her that the scale was wrongly adjusted; it showed eight pounds less than people actually weighed. Geneen’s friend had not only not lost five pounds, she had actually gained three! Suddenly, her clothes felt tight and she noticed a muffin top around her waist. The slim woman who had just been so happy with her figure decided she had to start a diet…

Use your scale as support – it shouldn’t be your enemy
You don’t have to paste your ideal weight on your scale, throw it out or give it away (some recommend to “give your scale away; ideally to someone you don’t really like”). Your scale can be of great help, if you know how to use it wisely. Let me explain this with a short experiment…

Take a look around you and count all green objects or plants you can see right now.

Now tell me, how many blue things have you noticed? Probably not a single one, as you were focusing on green. Things we turn our attention to automatically come to the forefront of our mind. As a consequence, we often overlook other things we should also focus on (and which might be even more interesting).

If you’re the proud owner of a body analysis scale, shift your focus from body weight to your body composition. It actually reveals a lot more about your weight and progress than the mere display of your body weight anyway. So, what should you concentrate on? Choose a positive parameter to focus on and keep track of it. The best choice would be your muscle mass. The higher our muscle mass, the more calories we burn while we’re at work, sleeping or when watching TV on the couch (honestly!).

However, keep in mind that muscles are heavier than fat. Body builders would be considered overweight if they were assessed only by to their BMI – despite having hardly more than a few grams of fat in their body. This is also the reason why many people hate scales, especially when they start getting active. Regular exercise makes your muscles grow, which leads to weight gain, instead of weight loss in the beginning. Sounds frustrating if you’re only focusing on your weight. Actually, though, it’s a positive development when tracking the progress of your muscle mass. Plus, you should also keep an eye on your body fat as it will most likely decrease constantly, despite an increase in overall weight (that is, if you’re building muscle).

So, you should keep your scale (as long as it measures different body metrics). Focus on changes in your body fat and muscle mass because that’s what really counts. Think of a flashlight–just turn the beam of light to the things you want to see. The rest is still there, but shouldn’t bother you.

Have you tried losing weight with a body analysis scale? Leave a comment and let us in on your experience!