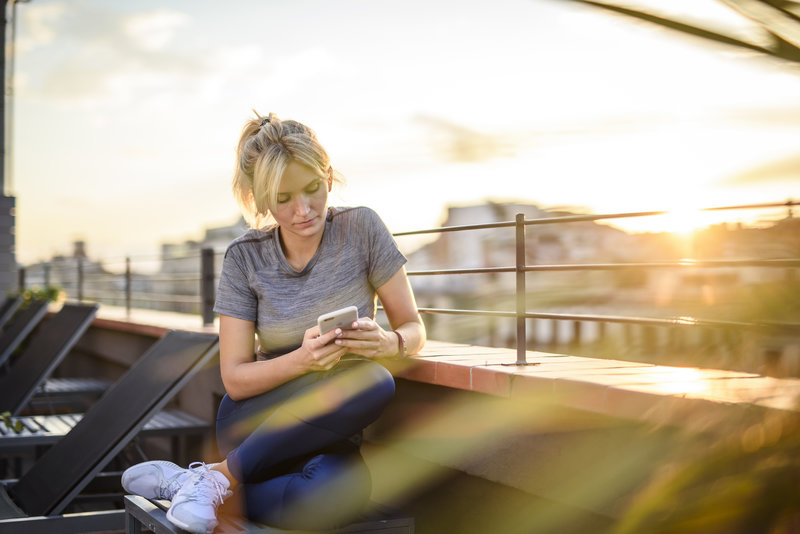 We’ve been eagerly awaiting the release of iOS 11 since we first learned about it at WWDC 2017. As always, we prepare early for these types of updates to ensure all of our apps are compatible with and ready for the new operating system. While you won’t notice many changes within your Runtastic apps, we think it’s definitely worth mentioning some of the fresh new features iOS 11 brings.

The App Store has really got a complete face lift, and we’re really happy about it. First of all, you’ll notice that the tabs are different than before. The “Today” tab is dynamic and will feature different apps each day. Be sure to check out this tab daily so you can learn about new apps you’ve perhaps never heard of before. Additionally, you will now see two separate tabs for “Apps” and “Games”. This separation makes for a clearer search depending on what you are looking for. Lastly, there’s now the option for 3 screenshots/videos (instead of 2) to be seen at first glance when checking out an app. And, the videos included will now run on autoplay so you can check them out without any effort. These, of course, are not all of the changes in the App Store – but some great ones, nonetheless. I am sure you will have a great time exploring the new design.

Previously, the mandatory options for apps to access your location were limited to “Always” and “Never”. And, when selecting “Never,” it could be the case that a certain app (which requires access to your location to function properly) would not function at all unless switched to “Always”. But now, iOS 11 is hitting the nail on the head and “While Using the App” is now mandatory for all apps – even for your Runtastic app. So, when you see this blue bar at the top of your screen, it’s a downright reminder that an app running in the background is accessing your location.

3. Siri is getting smarter and has a new voice

You’ll notice that Siri has a more natural-sounding voice and is climbing up the intelligence ladder. Learning user preferences and syncing them across all devices is new in iOS 11. Siri will be able to anticipate the user’s requests and get better and better at figuring out what the user wants. Additionally, Siri is now able to translate English to Mandarin, French, German, Italian and Spanish but not the other way around. As you know, Runtastic is a big, international company (offering our apps in at least 15 different languages!) and we’re really looking forward to seeing how Apple grows and improves this feature in the future.

5. Do not disturb while driving

In the United States alone, over 2.5 million people are involved in road accidents each year. And out of all these, 1.6 million have a mobile phone involved. Think about it: that’s over half of road accidents in the U.S. have a mobile phone involved! That’s why this iOS 11 feature is really great in our (and hopefully your) opinion. Before, the “Do Not Disturb” option was available, but now it’s expanded into the car. All notifications will be muted when connected to a car’s’ Bluetooth or WiFi. This is, of course, optional and can be activated and deactivated. We hope you’re only deactivating when you’re a passenger in the car 🙂 But before you worry about unanswered messages, all incoming messages will have an auto responder letting the person know you are driving at the moment.

6. We (Runtastic) are making a few changes, too

As the annual update this year is more robust than usual, we thought that we’d also take the chance to spruce up some of our own app icons and screen designs as part of the process! As you may have already noticed, most all of our app icons have been updated to have a more clean, modern, aligned style – also subtly featuring our new logo (updated this past winter) in the background. We’re incredibly proud of these new icons and think that they give Runtastic a fresh and appealing look in the app store and on your mobile devices. Keep your eyes peeled in the months to come, as we continue to update and refresh various elements of some of our most well-known and frequently used app screens, navigation patterns and in-app content. We hope you enjoy the updates as much as we do!

While there are many interesting new features within iOS 11, these are just some we’ve chosen to mention. Let us know what your favorite part about iOS 11 is in the comments below.