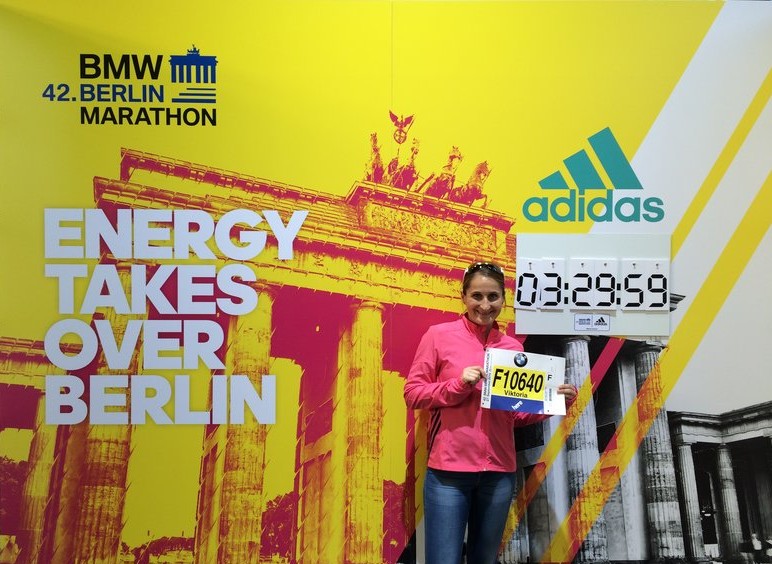 “I’ve always been passionate about sports,” said Viktoria Steininger. “But I used to be into other sports like soccer, tennis or hiking.” Running was a “means to an end” for the 31-year-old Austrian, as she said herself. But over time she gradually turned into a long distance runner. During her studies, running was her way to unwind and relax. “You can clear your head, let your mind wander, and the best thing, you can run anytime, anywhere you want.” 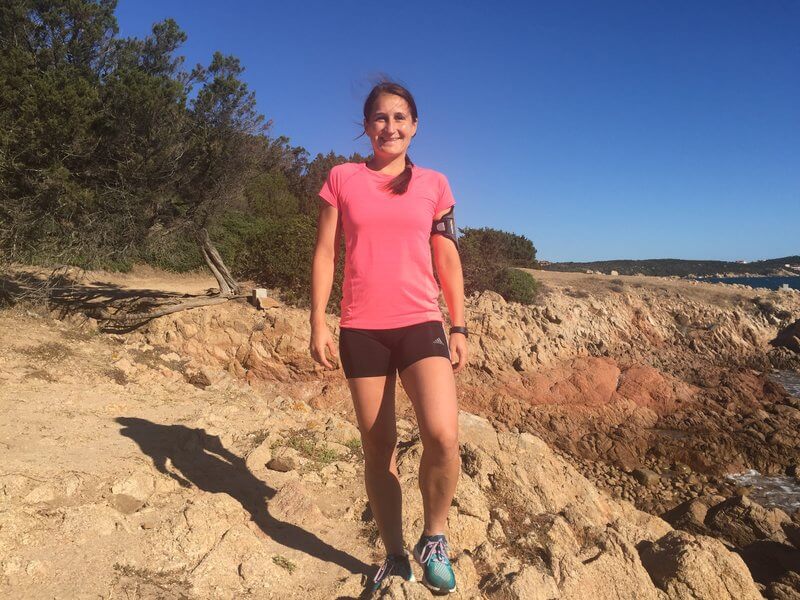 The first marathon
Viktoria started off with short runs, which quickly grew longer: Soon, 20 km runs were nothing unusual. At this point, though, the Austrian wasn’t thinking about competing in races. “The main thing for me has always been to just have fun.” And, as we know, this attitude is one of the most important keys for success. True to her motto “Just for Fun,” Viktoria decided after a while to participate in some half-marathons and relay races. She never planned to someday run an entire marathon. “But when you run so many kilometers month after month, eventually you reach the point where you think, ‘Well, actually, I guess I could run a marathon, just to check it off the bucket list.’” Viktoria laughed and told us that she tackled her first marathon in Munich in 2013. The one-time thing soon led to more.
So far, she has completed the following marathons:

Personal goal: Berlin Marathon 2016
Currently, Viktoria is focusing on getting ready for the Berlin Marathon on September 25. “There I’d like to run under 3:30.” The Austrian doesn’t really plan her races long in advance, because most of the time her decision to participate is rather spontaneous. But that doesn’t mean personal goals are not important to Viktoria. Her biggest dream is to experience the New York or Boston Marathon first hand. But why did Viktoria pick the Berlin Marathon this year? “Last year was the first time I participated in this race. The marathon is known as one of the fastest in the world. The atmosphere and the beautiful course are unmatched.” Every year, around 42,000 runners from all over the globe take part in the Berlin Marathon. Viktoria sung its praises: “There are thousands of people along the course singing, playing music and cheering you on.” The finish line through the Brandenburg Gate was one experience that really stood out. “It quickly became clear that I simply had to run Berlin again.”

Training plan? Yes, please!
The Austrian began training specifically for Berlin at the beginning of May. She believes you should start training about four or five months before a race of this kind. Viktoria has found that the best way to balance her running and her work is to train four times a week: “Twice during the week, and twice on the weekend. It’s important to work out at different training levels, so I try to mix things up quite a bit. In one week, for example, I will combine an interval training, some shorter speed work and one long distance run at a recovery heart rate,” said the 31-year-old.

Different intensities and durations
The intensity and duration of the workouts increase from week to week: “My longest runs last about three hours.” But Viktoria never runs the entire marathon distance during her training. Properly planned recovery phases (supercompensation) are also important for making performance gains. This means there needs to be sufficient time between training sessions. “After two or three weeks of intensive interval training, I usually throw in a couple of easier workouts.” 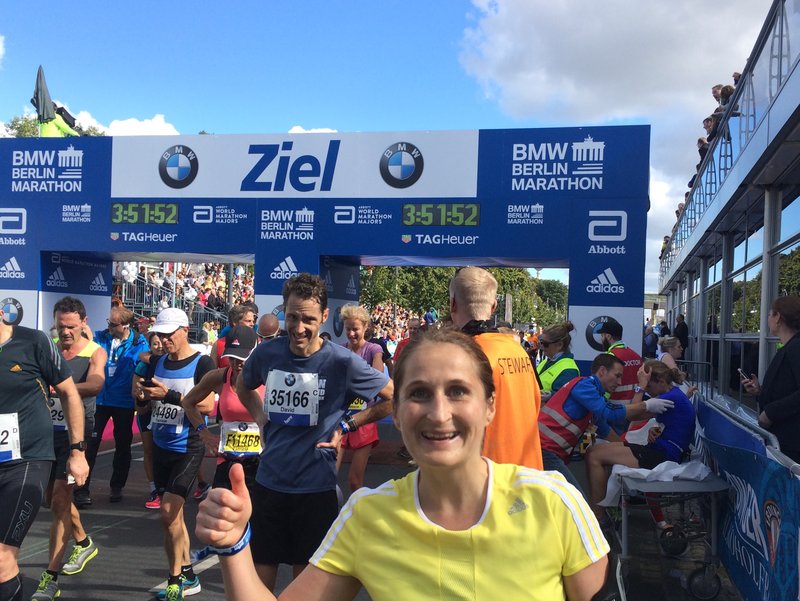 More success with Runtastic Results
“Runtastic Results has proven to be a really good complement to my running training. The workouts are designed as total-body training sessions, so they cover all the important muscle groups for running. I feel that the high intensity of the workouts has improved my running speed,” said Viktoria. The 31-year-old also pointed out a couple of additional benefits of Results. For example, you can do the exercises anytime, anywhere. “This makes it a lot easier to fit my training into my busy day. Especially considering that my running training can be really time consuming.”

Viktoria pointed out that a lot of people don’t incorporate strength training into their training plan. “However, over the long term, it really pays off. I completed Week 11 of my Results training plan before my last marathon in Linz. During the last third of the race, I really noticed that I still had a lot of strength left. In fact, the 39th kilometer was my fastest split!”

We wish Viktoria all the best and lots of success at the upcoming Berlin Marathon!

So are you dying to go for a run? Or improve your strength with bodyweight training? Then download the Runtastic and Results apps and get fit!

Pregnancy Exercise: All You Need to Know Before You Start