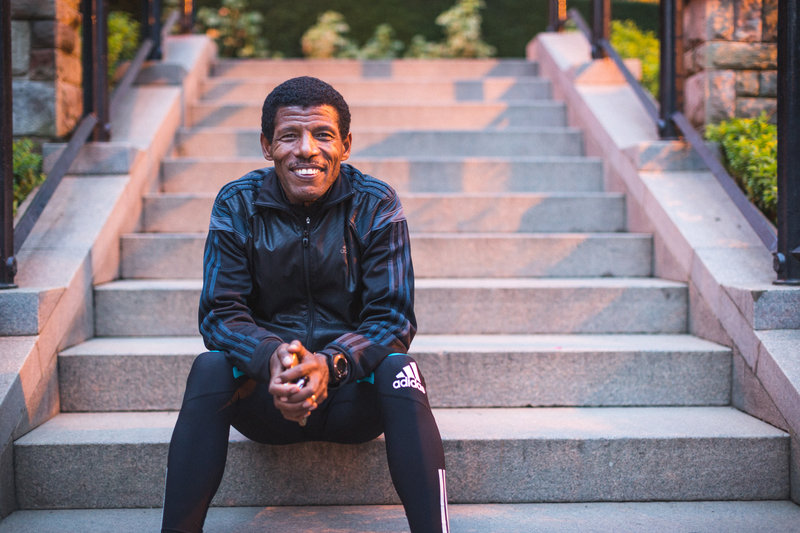 Everyone can run a marathon. Believe me. It’s all in your mind. I ran professionally for 25 years, but I’m still running and I will always run because my mind needs to sweat. And I don’t want to get fat. 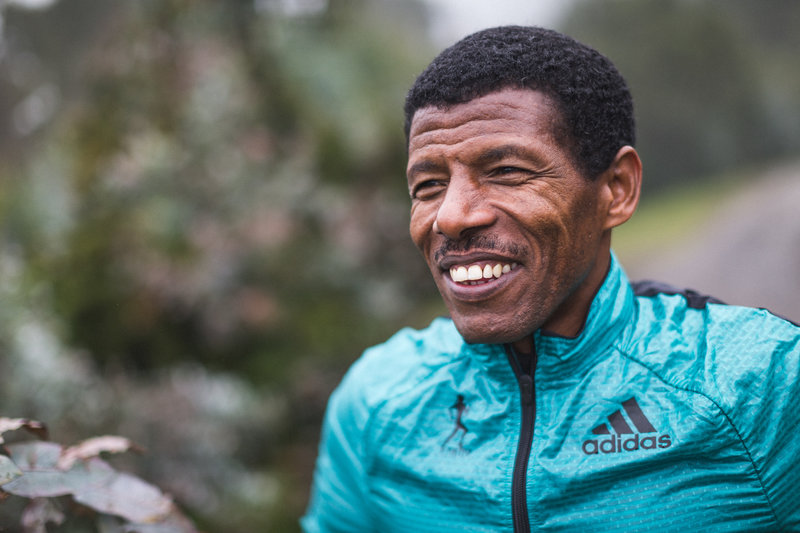 Focus on your general wellbeing and fitness. Move throughout the day and walk over to your colleagues in the office to discuss things instead of using your phone or email. Place your printer far away from you. Take the stairs wherever you go (mandatory in Ethiopia because the power cuts out regularly, so there are no functioning elevators at those times). Eat modest amounts of food and a varied diet. In Ethiopia, we are lucky because we have injera. Injera is a type of flatbread made from the ancient grain teff, which contains lots of iron and other valuable ingredients, so we eat healthy naturally. Having no McDonalds in Ethiopia also helps. Stay hydrated, drink coffee, and sleep enough. And since running relieves stress and makes you feel better: just keep on running.

Tip 2: It’s not just about running

African athletes have a very simple saying to describe the challenges of the marathon: “Marathon is marathon”. In other words, the marathon is unpredictable and cruel, so you need to be modest but determined. Whatever happens in the marathon, happens, but it’s up to you how you are going to cope with it. Train your mind. Think of me and try to keep smiling. Try to trick your body and make yourself think you like it and you are enjoying every bit of it. Think of your loved ones, or think about all the training you did in preparation for the marathon. It’s all in your mind.

Tip 3: Here I have a surprising tip for you

Do strength training! This is not only essential for sprinters or jumpers, but also for runners. I built my own weight training room next to my office. I did it several times per week as a professional runner, but you can do it once a week. For instance, your rear (glutes) is the motor of your movement. You also need to keep your core strong to maintain your posture, run more effectively and avoid injuries. Train your calves and ankles. If you find a gym with good guidance for runners or a good physiotherapist, you’re good to go. 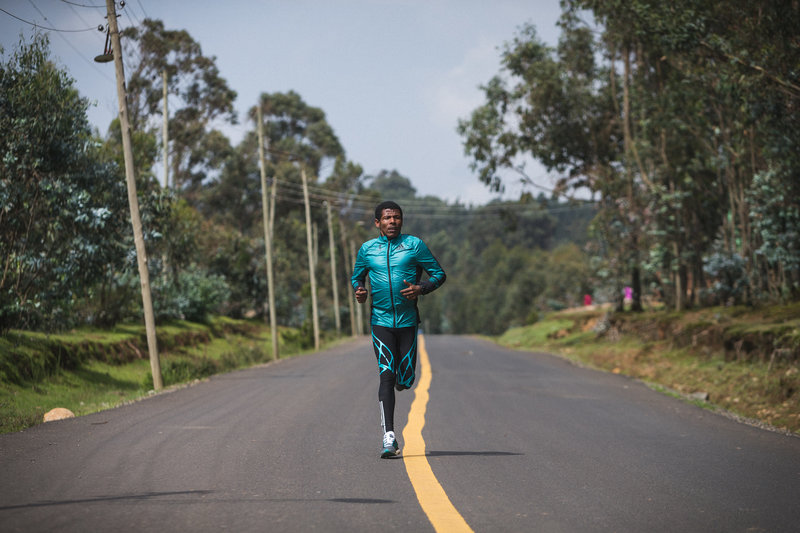 Tip 4: Use the right equipment

Equipment for running is easy: you only need good shoes. But make sure you buy high-quality ones. And change them at least every half year or retire them after 500 km to avoid injuries because of bad support.

Make running part of a routine. For me, even when things are hectic, I start the day by running. It relieves stress and relaxes my mind. It gives me time to think and focus on the really important things of the day, of my life. You don’t have to run every day, but try to be disciplined and make running a routine, like brushing your teeth before going to bed. 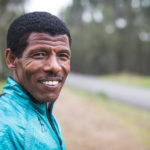 His nearly permanent smile says it all. Haile Gebrselassie seems to be a man happy with his life, content with his athletic achievements, and why shouldn’t he be? The running CV of “The Emperor” is unsurpassed in the history of distance running.
The Ethiopian distance running legend continues to add to the wide range of events at which he has set a world record or world best performance in his distinguished, peerless career. On twenty-seven occasions, Gebrselassie has bettered the previous fastest time in history.
Two-time Olympic Champion (1996, 2000) and four-time World Champion (1993, 95, 97, 99), Gebrselassie’s series of epic contests, in particular with Kenyan Paul Tergat, have become the stuff of legend. Possessed with an awesome sprint finish, he retained his Olympic crown in 2000 in a neck and neck duel with Tergat which came down to the last 10 meters. Gebrselassie actually beat his arch-rival by 0.09 seconds, a winning margin less than that in which the 100 meters gold medal had been secured the day before! This is still one of his most famous victories in his career.

Haile Gebrselassie is more than an athlete, he is a businessman as well and has invested the money he earned from running in his home country, Ethiopia. He now employees hundreds of people in several business projects, like a hotel and a cinema. And he recently opened a coffee farm. He considers community projects as his responsibility. He is a Goodwill Ambassador for the United Nations, is involved in tree planting and road projects and has built several schools in his residential area.

Looking for a Running Alternative? How to Increase Stamina with Low Impact Cardio + 5 Tips