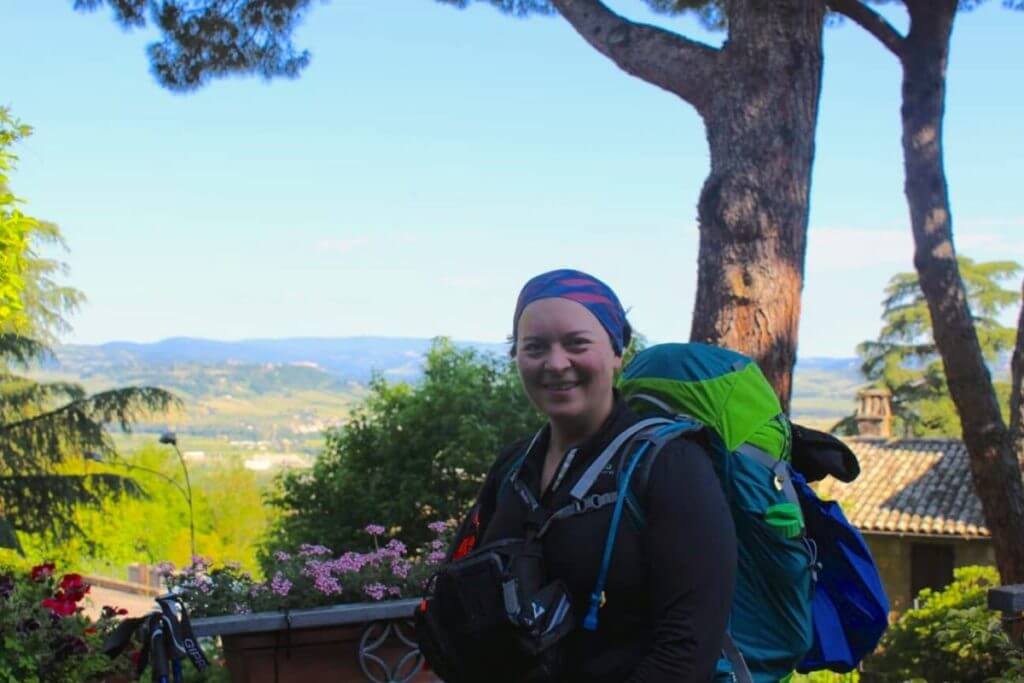 No one just wakes up one day and decides to walk 2,220 kilometers km (1380 miles). Hanna made the conscious decision to accept this challenge. Here, the 39-year-old German-American tells us about what motivated her to go on this special journey along the Via Romea Germanica or Romea Germanica Way, which she tracked with the adidas Running app. 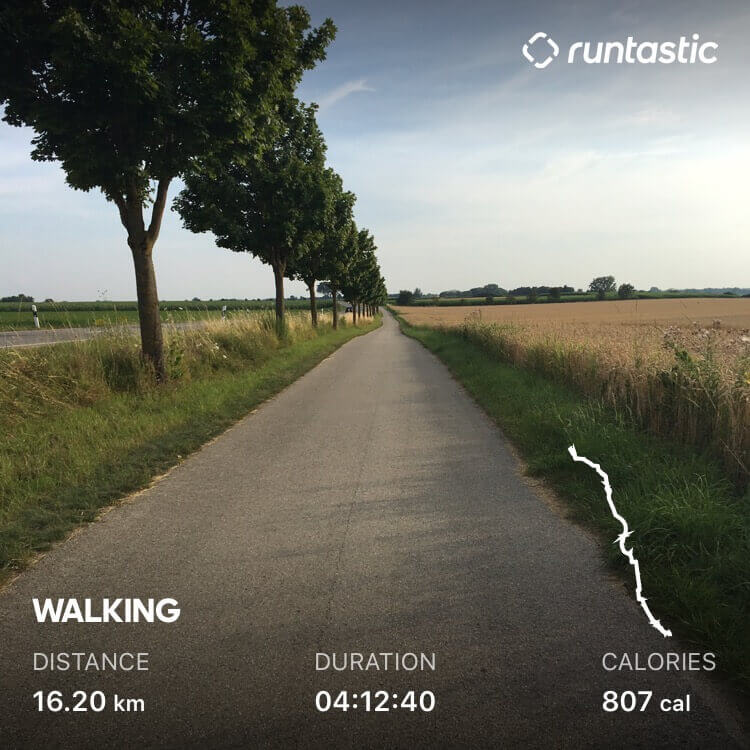 Hanna talks about what inspired her

I started thinking about going on a long-distance in 2012. At the time, I was in Spain and walked the 300 km (186 miles) to Santiago de Compostela.

Along the way I met pilgrims from France who had already been traveling for several weeks. What fascinated me most about them was how calm and centered they were. This inspired me, and I knew that one day I wanted to walk a far as they did. Two years ago I found out about a pilgrimage route that went from my hometown of Stade to Rome, The Romea Germanica Way. I had found my route. I, however, decided to start in Rome and finish in Stade, so that my family would be there to welcome me home. I wanted something to look forward to.

It was physically and mentally exhausting to reach the end of my hike, but it was also incredibly satisfying. 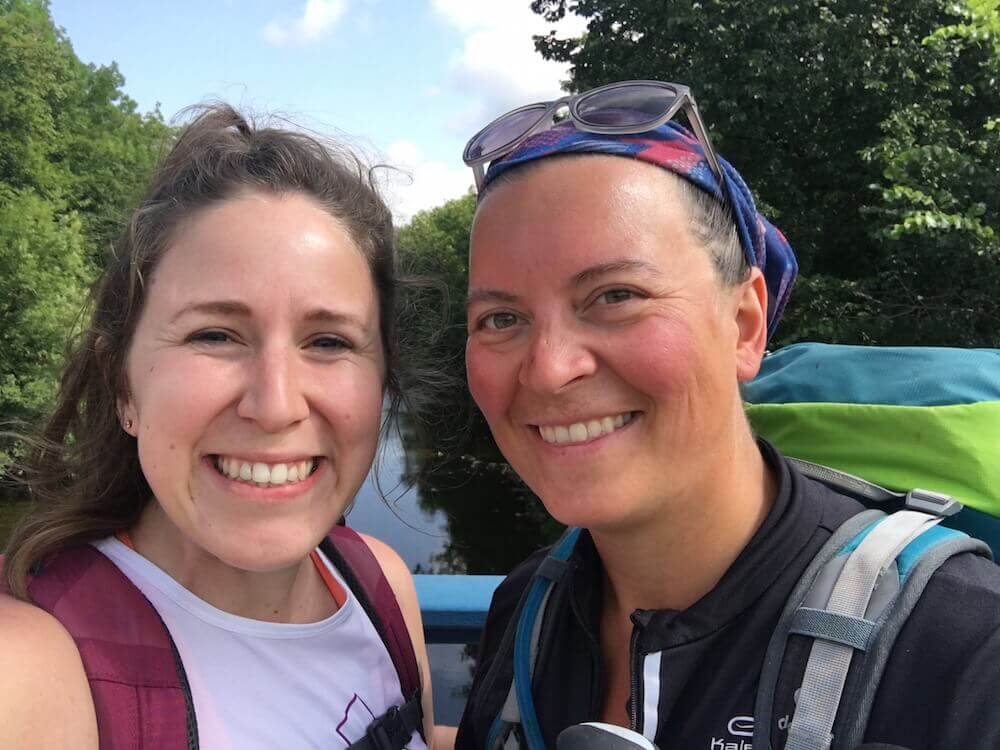 In the beginning, one of my motives behind this great plan was to lose weight. Losing weight has often been an issue in my life, something I’ve had varying degrees of success with. But a lot of things changed for me during my trip. I learned that I have to consume enough calories to have the energy to keep walking. At the beginning I only noticed the physical changes in pictures. Over time I started feeling the weight loss in the way my clothes fit. At some point along the journey, I came across a scale and confirmed that I had actually lost weight by moving so much. Pretty soon losing weight was no longer the main reason why I wanted to continue walking The Romea Germanica Way. 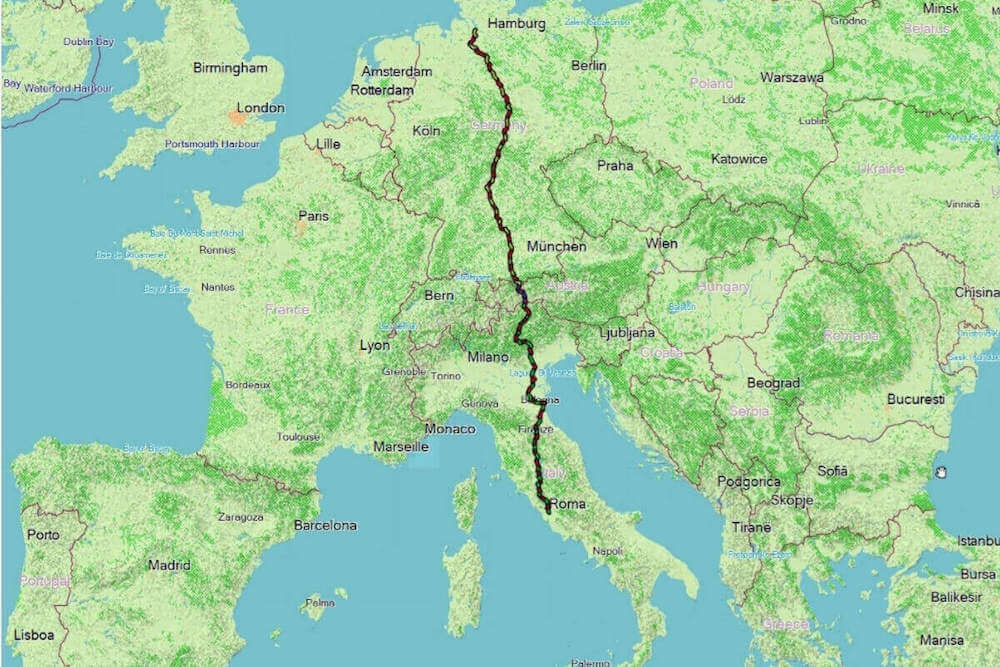 People often asked me if I got lonely on such a long pilgrimage. In fact, it was the opposite. I was never really alone. I always met other pilgrims or interested people to talk to, especially in Germany and Austria. Other times I really learned to appreciate the solitude. I often started singing. The choice of songs focused heavily on walking — not so surprising. I didn’t just sing traditional hiking songs, but also pop songs with any mention of walking. It’s amazing what comes to mind when you have time to actually think.

One thing I really noticed while I was hiking was that it was never quiet. You are always surrounded by a symphony of melodic, calming sounds: birds chirping, babbling brooks, or the sound of the wind in the trees. I paid a lot of attention to my surroundings, something I usually miss in everyday life. Then there are other noises, like traffic, which is not so enchanting…that’s when I listened to an audiobook on my mobile phone — without headphones — to prevent myself from totally shutting out the here and now. 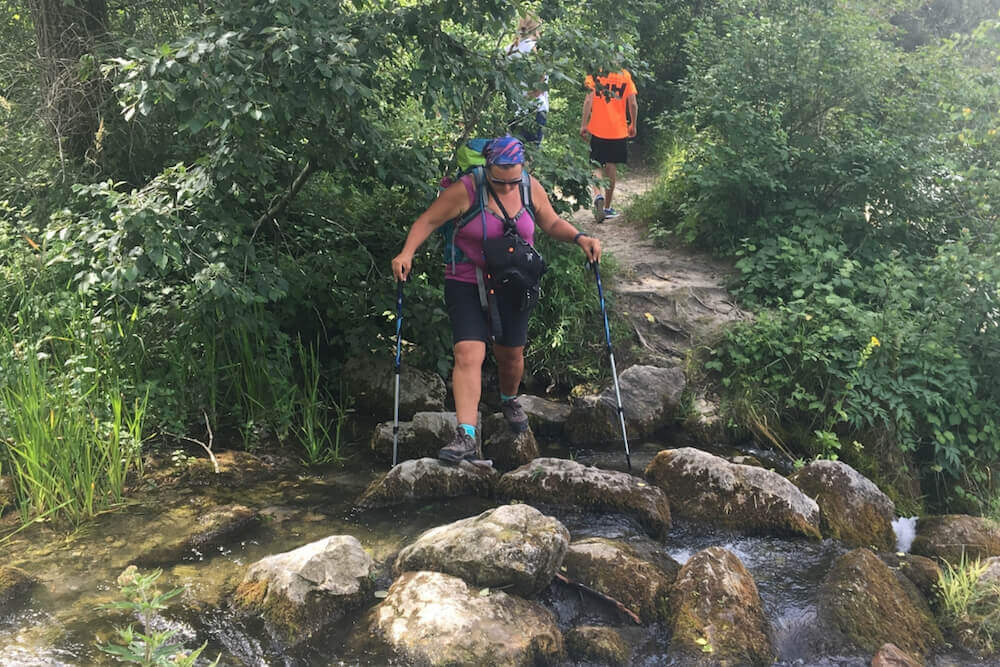 To be honest, it wasn’t always easy to keep going. I had a few injuries, like shin splints, a nasty blister on the sole of my foot, and a pulled muscle after falling in the mountains. The weirdest was a rash I got from an allergic reaction to my socks. The only cure for these ailments was to take a break. Ignoring the pain isn’t worth it. Tired legs, however, are just part of the deal. Whining about it doesn’t help.

Your legs hurt? That’s part of the deal — you just have to accept it. Real injuries, however, should not be ignored. 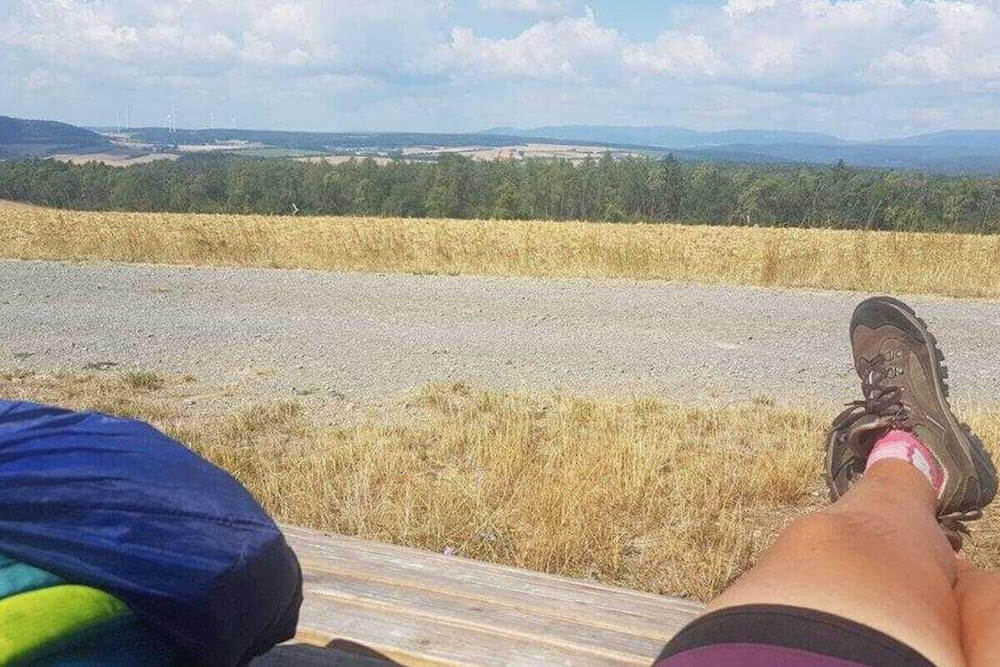 On relaxation and recovery:

I stretched every night to relax my muscles. I would have loved to have had a foam roller, but a lacrosse ball that I brought with me also did the trick. The area around my knees, my legs, and my back were most in need of attention. I made sure to take some days off and walk around doing touristy things. Walking without a backpack felt like taking a break for me.

I ate breakfast around 8 a.m. and then I headed out. That’s no easy task for a late sleeper. But what can I say? I got used to it. 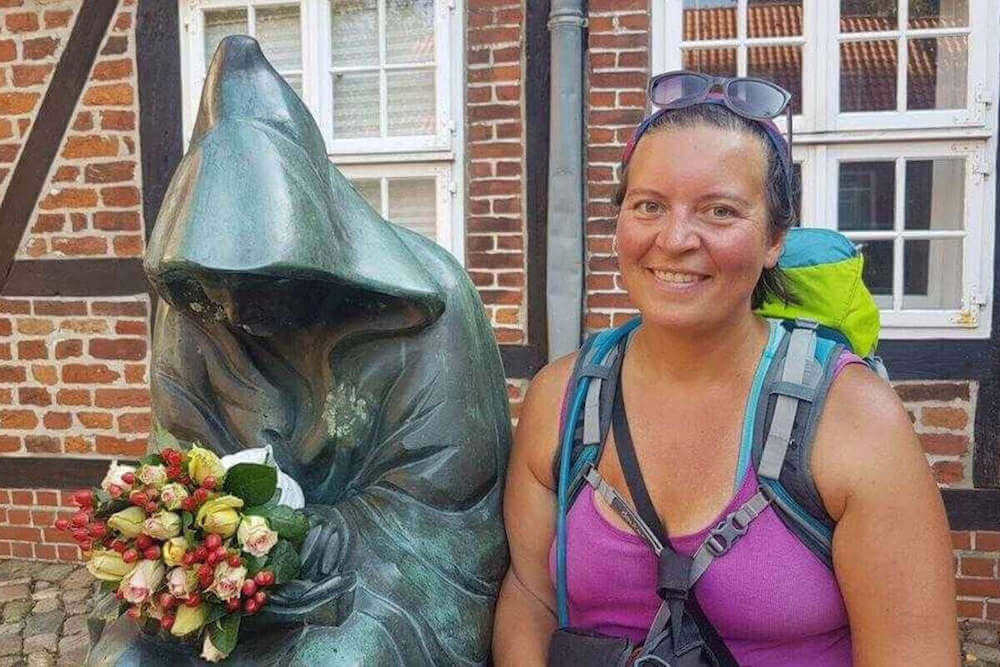 Before this trip I spent a lot of time in my head. I planned everything and kept lists, and when things changed in my life, I made new plans and lists. Nothing happened without a plan. The time on my pilgrimage taught me to stop thinking so much and to stick with decisions I made, instead of always reevaluating them. Most things just happened as they were meant to happen — with or without a plan.

Doubts? I didn’t have them. I just wanted to finish this long-distance hike.