A runtastic Season for the Potts Family 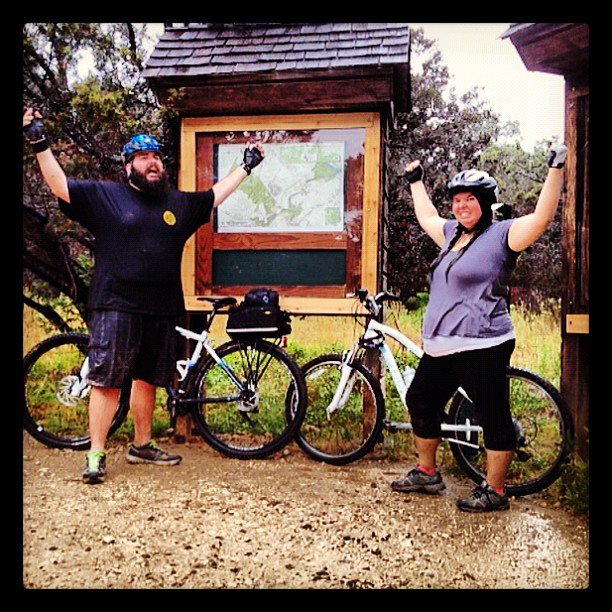 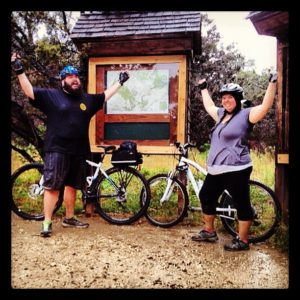 My name is Chris Potts and, for years now, I have been on a steady diet of fast food, preservatives, processed foods, sodas and little to no physical exertion; basically, your typical middle-aged American. As a married couple in our early thirties, my wife Jennifer and I decided that, after 7 years of marriage, we were done with the unfit, lazy and mundane lifestyle.

We decided to kick off our new fitness endeavor with a 60-day juice fast inspired by the documentary “Sick, Fat and Nearly Dead.” We started April 2nd, which was better, we thought, than April Fools’ Day (something about “April Fools” would not have helped as much!). Nevertheless, we started strong and have kept up the fight. After about three weeks, I began to research our next phase of fitness: physical.

As a kid, biking was my escape. From the neighborhood street get-togethers to the sweet jumps we used to take, I loved to bike. Fast-forward 20 years and I came to the realization that biking was the next step for Jennifer and I. So the research began: Should we get road bikes, hybrids, fixies, mountain bikes? No matter what kind of bikes we decided on, cycling was on the docket.

With my professional experience in the tech field (I’m a computer technician), I relied on technology to both guide and track our progress in the dieting and biking. I am also a research and development kind of guy, so with an iPhone in hand, I scoured the App Store and purchased a handful of the top apps for both diet and cycling. After picking out a diet app, my research turned to the biking app.

After six weeks on our juicing diet, we purchased our mountain bikes and began to ride. I tried all the different cycling apps to help us on our adventures. Several of them have the main functions of tracking distance, GPS location and speed. That is basically where the similarities end.

The runtastic MountainBike PRO app separates from all of the other apps in several major ways. First and foremost ,the user interface is, by far, the most impressive looking and easiest to use. I really enjoy the fact that you can customize the display to have any combination of the 15 kinds of information windows. With one tap, you can see the compass and local weather and with another tap you can clear the info pane to have just the GPS tracking map displayed alone. The offline map and history tracking are superb features as well. 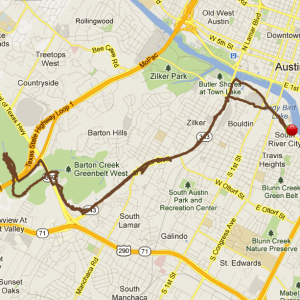 We decided to implement the runtastic app in full with our first major ride, on our 7th anniversary trip, in Austin, Texas. We started with simple treks around town and, after our confidence was high, we biked from our Riverwalk condo to the Barton Creek Greenbelt and back again.

runtasic helped not only in tracking our ride but also it gave us great moral support and even helped out with directions when we got a tad bit turned around in the Greenbelt forest. When you realize that the distance readout says you both just went under 20 miles, on your third ride ever, your self-confidence skyrockets and puts more gas in the tank for later. In our three total days on Austin, we rode to the Capitol, around downtown and even along the river. All in all we did 40 miles all over the great city of Austin.

The best and most lasting part of it all is that this is a new, permanent chapter in our lives together; a healthier, adventurous and more productive chapter. With the new kickoff to our diet and our daily biking being monitored, measured and even celebrated with the help of runtastic, we have a brighter and fuller life ahead of us. So far, I’ve lost 40 pounds and my wife is down 25 pounds!

Our next goal consists of biking each Greenway in our hometown of San Antonio and, with the help of runtastic, we are going to get there — and much further.

This is just a little bit of our newest adventure; now go start yours.

How to Get a Six Pack If You’re Over 40: A Success Story