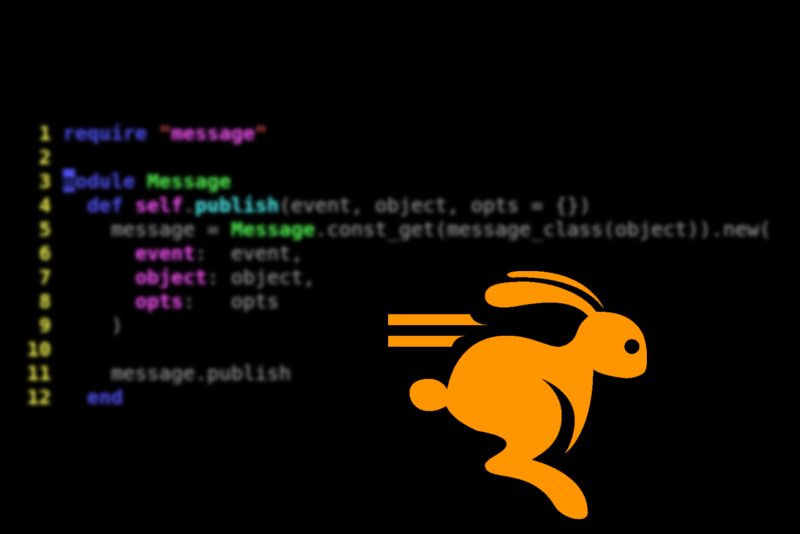 Why decoupling our services matters

As I already described in my last blog-post about database migration, we are applying the single-responsibility pattern to our entities and services. This helps a lot in terms of data ownership and database access, but it does not resolve the coupling of services as they still need to communicate directly. Let’s consider an example: On a beautiful day you go out for a run using the Runtastic app. Afterwards you look at your activity on runtastic.com, it should be considered in the leaderboard, and it should show your newly achieved records.

As we have one service for one purpose, we have a service responsible for the running activity, one for the leaderboard and another one for the records. Let’s ignore all the others which are taking care of your user profile, some statistics, your routes, training plans, …

As a consequence of the separation, the leaderboard service and the records service needs to be informed about the creation of the running session. The service for storing the running session could, for example, send HTTP requests to those two interested services, but this leads to a tighter coupling of the services. 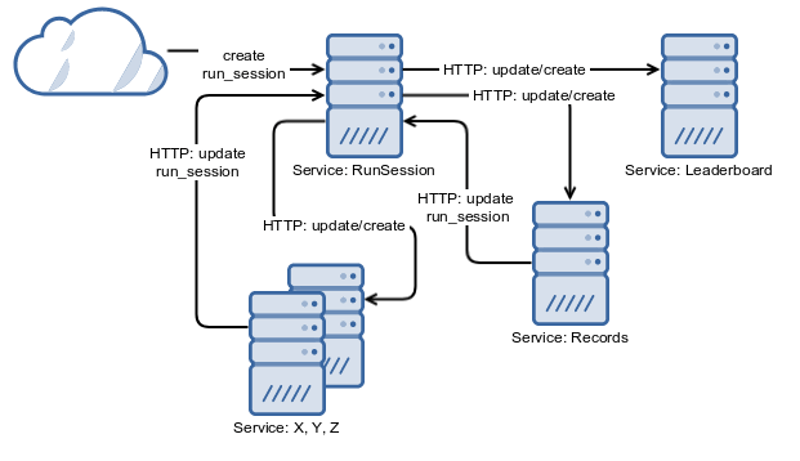 That means the service responsible for the running session has to know which other services are interested in that entity. And what if one of these services is not available for some reason? We were not satisfied with that solution, so we decided to use a message bus for this type of communication instead.

How we use the message bus

In our case, we decided to use RabbitMQ®  but basically it does not really matter which message bus you use, as long as it supports the necessary publish/subscribe functionality. In RabbitMQ each message has to have a topic. Each consumer defines which routing key it listens to. It also has to define the name for its queue. E.g. the leaderboard service could listen to the routing key run_session.# and name its queue: leaderboard.run_sessions, so it would receive all messages with topics starting with “run_session.” . The topics and the queue names do not need to match, but we name the queues like this to keep a better overview. With that in mind, we decided to define our topics like this:

So e.g. “run_session.created.completed” is the topic for a run_session entity, which has been created and has the state completed. This helps us to already filter using RabbitMQ, so we get fewer delivered messages per consumer, as a service may not be interested in created friendship requests if it wants to add a feed entry for accepted friendships. In this example, the topic would be “friendship.updated.accepted” on the queue “newsfeed.friendship.updated.accepted”. RabbitMQ also supports wildcards (*, #).

As you can see in the above picture, the service responsible for an entity publishes messages according to what happened with that entity. All interested services listen to that topic on a specific queue.

During development we also encountered some pitfalls and we found some basic rules we now apply to keep it simple:

Nothing is without its benefits and drawbacks, and we encountered a number of pros and cons:

To sum it up, we are very happy using RabbitMQ, as it is proving itself to be very stable, reliable, and fast. It decouples our services, it speeds up our services and it keeps our system cleaner.

Want to continue reading our series about message bus? In our next post, we talk about how we defined our message content.

RabbitMQ is a trademark of Pivotal Software, Inc. in the U.S. and other countries.