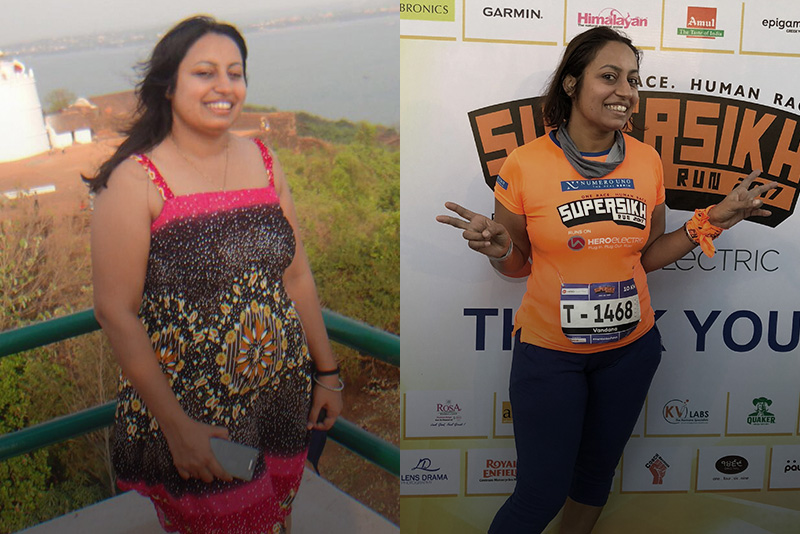 by Runtastic user Vandana from India

Due to a serious lung infection in 2006 and my pregnancy several years later, I gained a total of 19 kg (42 lb). Plus, I suffered a slipped disc in 2014, which left me more or less immobile for six long months. It was during this time that I realized that it couldn’t go on like this. I weighed 74 kg (163 lb), was unhappy and couldn’t wait to get back on my feet again. 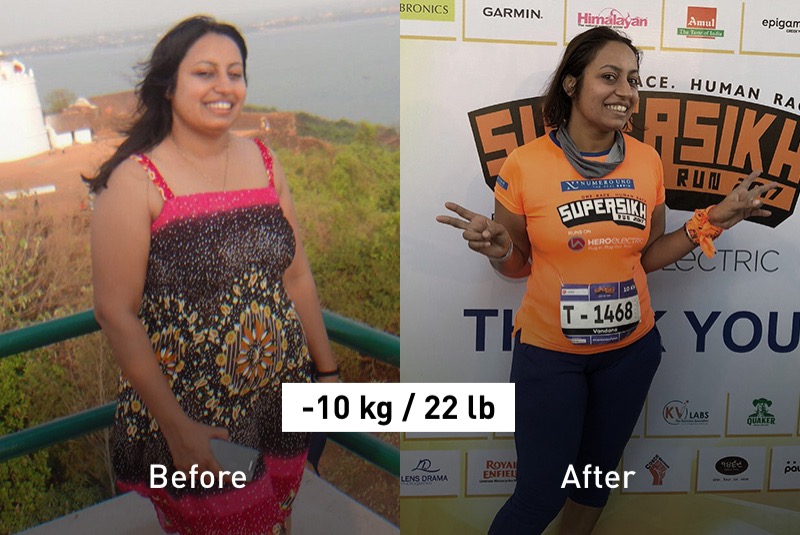 I loved sports when I was young

During my school days, I was always one of the most athletic girls. I competed in a variety of running races (cross country, as well as 3K, 1.5K and 800m) and almost always placed first. Plus, I was honored as the best girls badminton and table tennis player and represented my school in the district and state championships. I loved the challenge of sports! So, I’m sure you can imagine how difficult it was for me not to move for an entire six months.

After six months of forced inactivity, it was finally over!

After being laid up for six months due to a slipped disc, I finally got the okay from my orthopedist to start taking short walks on a daily basis. At first, I only walked 10 minutes at a time, but within a few weeks, I could walk 6 or 7 km in an hour. At some point, I started to run/walk. From the beginning, I tracked all my activities with the Runtastic app.

After a month, I started going to a Zumba course, which was fun and also helped me lose weight. I have lost 10 kg (22 lb) so far by running and doing Zumba. I feel great!

Seeing as I always liked competing in races, I signed up for my first half marathon in 2016. I finished the 21 km in 2 hours and 50 minutes. And since then I can’t get enough of racing! I ran my last Airtel Delhi Half Marathon in 2 hours and 24 minutes. The feeling when you cross the finish line is simply indescribable.

I can’t imagine my life anymore without running. I feel energized and optimistic about the future.

My next goal: To tackle the New Delhi Marathon on February 25, 2018! I know I can do it. Thanks Runtastic for supporting and motivating me!