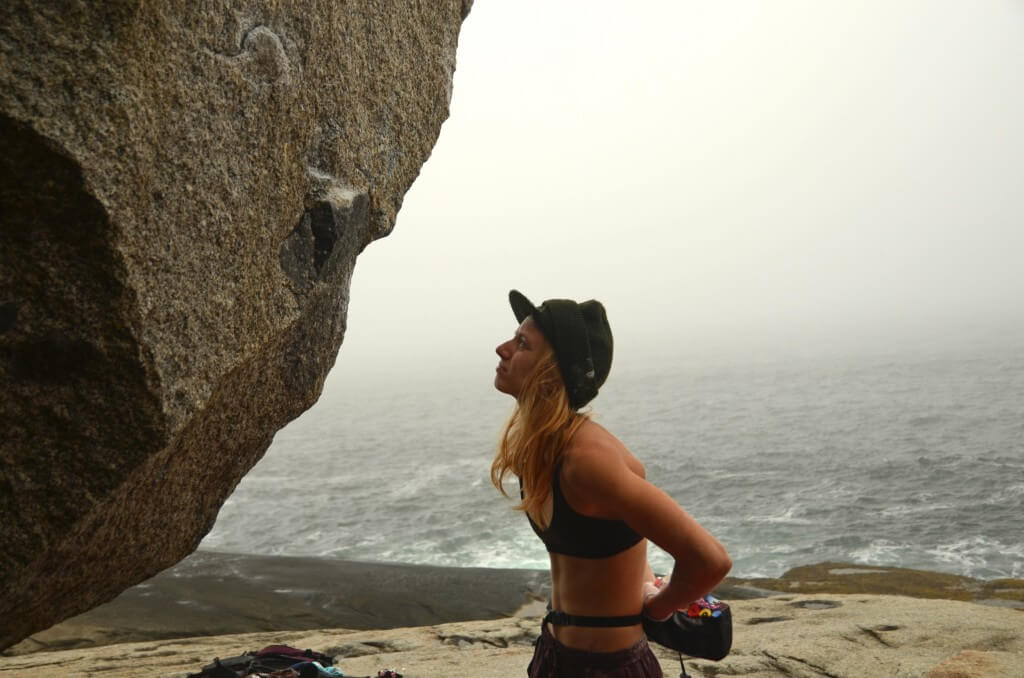 I am a rock climber who, until a few months ago, shuddered at the thought of throwing on a pair of New Balances and hitting the trails. So how did I end up here, on the Farmington Canal, on my third consecutive run this week? Let me back up a bit. My parents never forced me into specific sports. They simply told me to pick a sport and stick with it, or at least give it enough time to figure out whether that is what I wanted to do. And so I did. First, it was gymnastics. Then, karate. Even a few diving lessons scattered here and there. Sure, I had my share of success in each, but it just didn’t click. I didn’t want it badly enough. Until I found climbing.

Ironically, it was my art teacher of 13 years who introduced me to the sport, which, at the time, was still largely unheard of. It came up randomly in a conversation one day, when Natasha asked me if I wanted to join her at the local crag for a day. There was no question in my mind: “YES!” I had just quit karate and was in somewhat of a slump, feeling I was running out of options. Yet suddenly, here was something that I knew, as soon as I topped my first climb (albeit only a 5.7), was going to click.

To say climbing clicked would be an understatement. My life, six years later, revolves around climbing. Well, school and climbing. I am currently a sophomore at a small institution in Colorado, the climbing Mecca of the US. I have done dozens of competitions across the country, in Colorado and all over the East Coast. I crammed in the middle of the backseat for 10 hours because I wanted to climb the beautiful sandstone of Joe’s Valley in Utah. During the first few days of each new school year, everyone knew what my “fun fact about myself” would be, before I ever had a chance to say anything. I am known, throughout the climbing world, as the training girl. In short, I define myself as a climber. Climbing not only provided me with a challenging and invigorating sport, but also played a big role in shaping my identity and allowing me to move past those awkward teenage years.

In all honesty, I only started running as a form of cross-training for Dominion Riverrock, a huge competition that takes place in Richmond each year. I wasn’t particularly keen on the idea, but my endurance desperately needed that extra boost. The first day, I ran for 10 minutes, then felt like I was going to puke for an hour afterwards. Given, running at higher altitude is significantly more difficult, but, at the end of the day, I was just not in running shape. That was Day 1. By Day 10, I was up to 30 minutes, with only a 5-minute recovery period afterwards. By Day 15, 40 minutes. Then suddenly, I was back in Connecticut, at lower altitude, feeling I could run indefinitely. And, oddly enough, I found myself looking forward to those meditative morning runs. Dominion Riverrock was long over, yet I was still running. And I don’t plan on slowing down anytime soon.

The Runtastic team would like to thank Galina for sharing her story and for choosing to use the popular Runtastic GPS Watch in her recent “Advanced Training for Climbing” video, posted this September on YouTube: http://www.youtube.com/watch?v=6VLj4KRrMPM

The Science Behind Streak Running: Why Running Every Day Is a Good Habit

Running After Injuries: 5 Tips to Restart Your Training