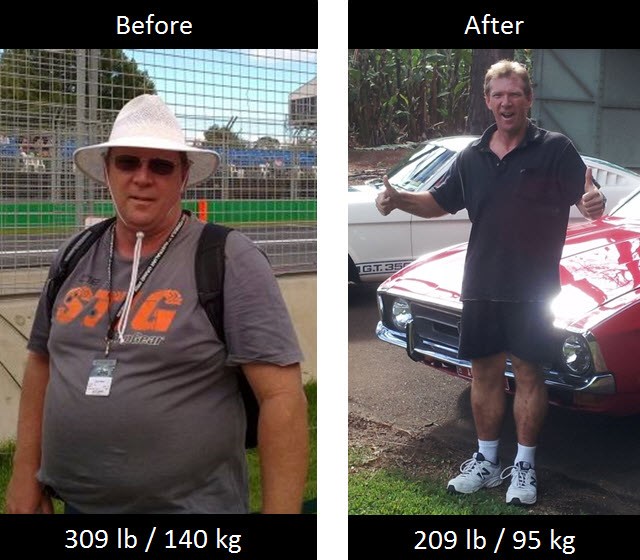 For 12 of the last 14 years I have been overweight.  After some bad health news, and the development of Type 2 Diabetes, it was time to get off my lethargic backside and do something. I weighed 309lbs (140kg) and was extremely unfit, classified as “Morbidly Obese.”

So I started eating better and exercising in April 2012.  In August 2012, I found and downloaded the free version of Runtastic, and found that it really helped me get motivated to start exercising.

I started off slowly, walking 5-6 days a week for 30 minutes, then slowly increased the time I walked each day.  At this point, I had lost some weight and was down to 276lbs (125kg).

Over the next 15 months I kept walking regularly, eating right and living a better life. I discovered that my heart rate wasn’t getting high enough on my walks so, in October 2013, I started adding running to my walks.

At this point I weighed 220lbs (100kg).  Initially I would run (jog) 100m, then walk for 500m.  I kept this up, gradually increasing the distance I was running.  In December 2013, I began running through the whole course I was walking.  I was very proud of myself at that point, and kept up the exercise and good diet.

Over the next two months I gradually increased the distance I was running, until I could manage 5km per day.  (The course I run is 5.3km).  I try to do this every day, but sometimes I change the routine and run 3km in the morning and 3km in the afternoon, as well as running/walking up a local mountain trail on the weekends.

Runtastic has helped me reach this goal, by making it easy for me to want to exercise.  I love the tracking, and I love trying to get faster each time (though I do struggle with that sometimes).

When I started out, I was on three prescription drugs, for high blood pressure, high cholesterol, and GORD (gastro-oesophageal reflux disease).  Because of the loss of weight and the exercising, I am no longer taking those medications.

Thanks to the team at Runtastic for a great app and hope you enjoyed reading my Runtastic Success Story!