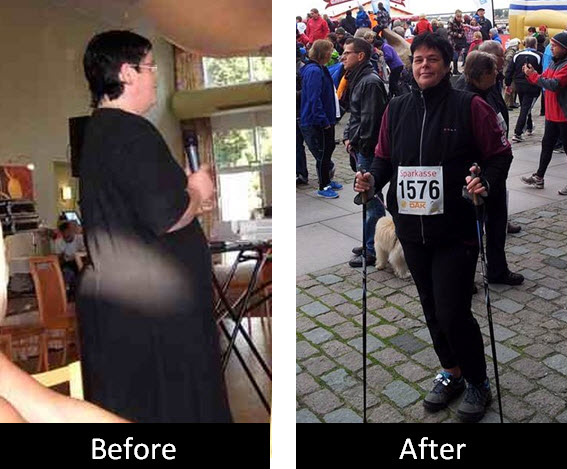 My Name is Gesa and during my childhood I was quite active, despite being overweight.  I was in a swimming club and played volleyball.  In college, I stopped doing sports due to a lack of time and motivation, and I got lazier and bigger.

In 2002 a slipped disk ended my last fitness efforts due to fear of the pain.

2010 was a really bad year for me, I felt terrible and my doctor first diagnosed diabetes, then high blood pressure, and then also thyroid disfunction- which turned out to be cancer.  Every one of these diagnoses changed my behavior and helped motivate me to lose weight.  I had already lost 44 lbs before I started rehab in May 2011 but was struggling with paralysis of the recurrent nerve after my throat surgery- which led to respiratory impairment. 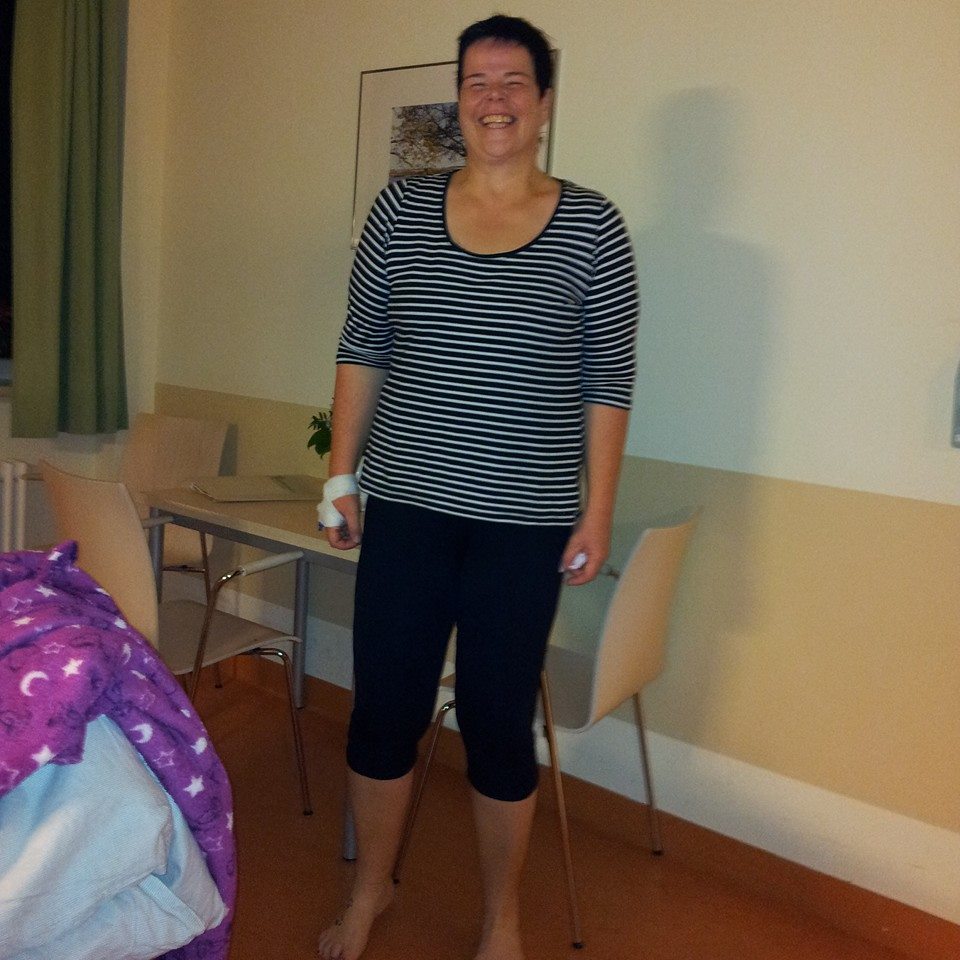 During rehab I engaged in many fitness activities and rekindled my desired to do sports again.  I took Nordic Walking classes and got really hooked on it – especially because I did well despite my respiratory problems.

After rehab I just did short routes at first and then got myself a fitness tracker to monitor my progress.  Unfortunately, it was unreliable and just consumed lots of batteries.  Thanks to recommendations, I then found the Runtastic app. I installed them both last March and have been using them ever since.  The training diary is such a great motivation for me since it perfectly illustrates how I have improved my performance.

I now work out between 4 and 6 times per week, both outdoors and in the gym: Nordic Walking, ergometer, biking, strength training, treadmill and cross trainer.  Plus, I found a reliable running partner/friend with whom I shared common goals of the year: a bike tour from Sassnitz to Stralsund, Germany, (approx. 44 miles) and the Rügenbrücke run in October.

We exceeded our expectations on both occasions and walked 7.5 miles in 2:06 hours at the Rügenbrücke run. Two years ago I would have needed a one-hour break after less than a mile.

Another success: I lost 77 lbs and six sizes. That’s my personal success story!

I definitely want to participate in the Rügenbrücke run next year, and I really hope to finish in under two hours. Let’s see what happens… all I know is that I’ll do my absolute best!  And the Runtastic app will track all my efforts 😉