So the first of January is here, and now it’s time to make good on those New Year’s resolutions. Which ones are trending? All those having to do with exercise and weight loss. People want to shed the extra kilos they put on over the holidays as quickly as possible. And so it follows that a lot of them sign up for gym memberships in the new year. We have put together some interesting info for you about gyms and New Year’s resolutions.

Highest membership in the USA
According to statistics, more people exercise regularly in gyms in North America than anywhere else in the world. In 2014, it was nearly 55% of the population. In the UK or Germany, on the other hand, just 10% work up a sweat on a regular basis. 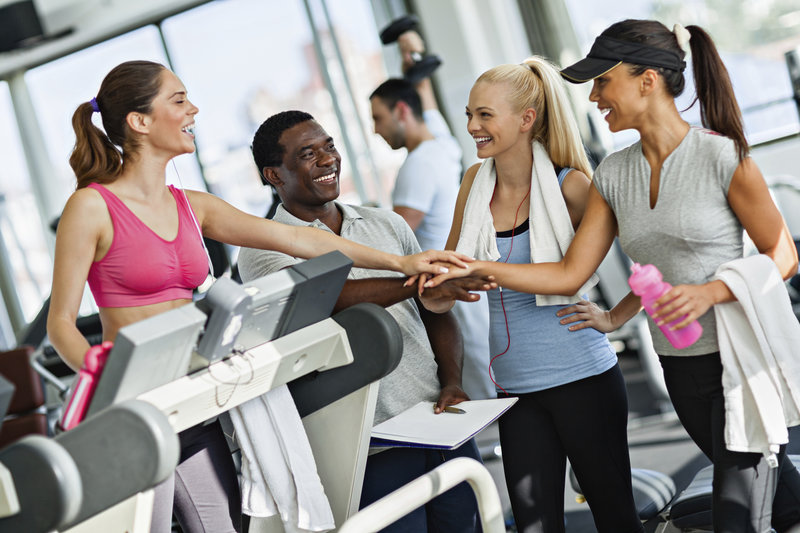 Is optimism worth it?
New Year’s resolutions are often phrased too optimistically: Researchers at UC Berkeley and Stanford University gave fitness optimists the option of purchasing a month membership for 70 dollars or paying 10 dollars per visit. Those that opted for the month membership went to the gym on average 4.8 times and thus paid 70% more per visit.

Gave up after 2 weeks
Most people ditch their fitness New Year’s resolutions after 14 days. However, more than 45% of people continue to work out regularly in a gym until June.

Why did you cancel your membership?
According to a survey conducted in Boston, most people cancel their membership for financial reasons. Nearly 30% said that they simply didn’t use their membership. Why? Mainly due to lack of time and laziness.

It takes a while for exercise to become a habit
Did you know that it takes exactly 66 days before your regular visit to the gym becomes routine? It is thus important that you stick with it for at least 2 months – then it gets to be almost automatic.

The perfect place for flirting
The gym seems to be a great place to find love. Most people who work out in a gym go there to flirt and meet people of the opposite sex. Apparently, it doesn’t matter that everyone is covered in sweat and their hair is a mess.