The rising temperatures usually change our eating behavior. Instead of heavy pasta and meat dishes, we opt for juicy fruits and light salads more often. When it’s hot outside, appetite decreases and our bodies crave liquids. We’ve done some research on eating behavior – here’s the most interesting facts for you: 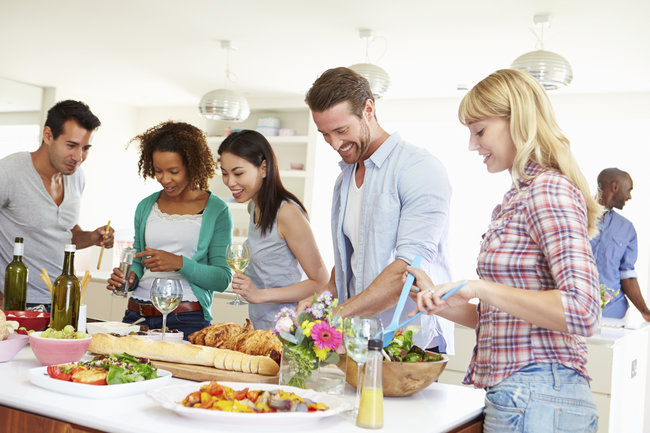 You eat with your eyes
In a study organized by the University of Oxford, the participants’ appetites were analyzed depending on the color of their plate. The test persons who received their pretzels on red plates ate significantly less than those who found their food on blue or white plates.

Lack of sleep has negative effects
Those who get too little shut-eye not only have difficulties studying and focusing, but also their eating behavior is negatively affected. When suffering from a lack of sleep, we tend to resort to caffeine, fatty and sweet foods more often.

Bulimia is not all about food
The binge-purge syndrome indicates that a person is not good at coping with, and keeping their emotions to themselves. Therefore, one approach to curing bulimia focuses on the emotions of the individual instead of directly tackling their eating behavior.

Women are more inclined to comfort eating
US-American researchers found that women resort to comfort eating more often than men. 40% of them forget their resolutions and eat whatever they desire, whereas only 20% of the men drown their sorrows in food.

Focus
Especially young people are often absent-minded while eating. Four out of ten young adults eat with a fork in one hand and their smartphone in the other.