Skyrunning Stories: We get knocked down… then get up again! 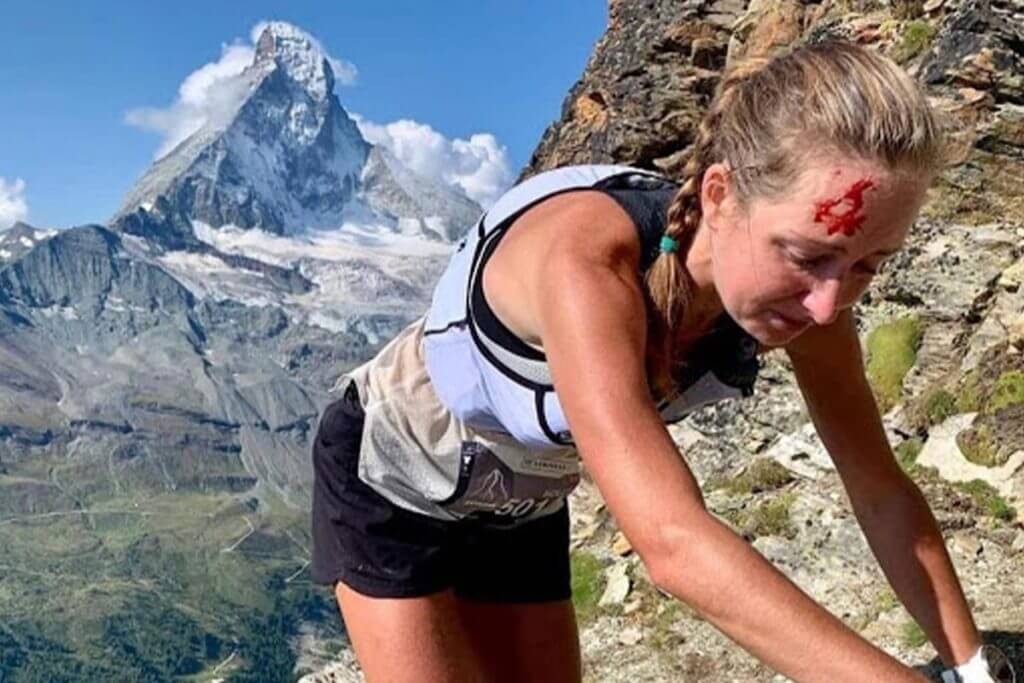 We’ve all had little accidents; tripping over a stone, crashing into a branch or falling down a muddy slope. These minor incidents are usually just an occupational hazard, all part of being a runner. You can usually tell who the off-road runners are by the scars decorating their legs. After 20 years of careening up and down mountains doing what’s called skyrunning, I’ve certainly got my own fair share of injuries, in fact I sometimes question whether I’ve gone above and beyond my lifetime quota of running-related battle scars. When I lived in France, my friends called me “Madame Catastrophe”, a nickname I have unfortunately continued to embody.

Each scar has its own tale to tell. “Oh that’s from a rock that got stuck in my arm when I fell on a race descent”, “This one is from stitches in my knee after falling on the tricky descent of a Scottish Champs race”, “That one is from tripping over a rock while running through a freezing blizzard on Mt Kenya”, “Ohhh, that’s from when they thought I’d broken my leg in a skyrace in Andorra”, “That long line down my shin? Oh that’s the remnants of five stitches after I lost a battle with a rock”, “Ah yes,  it is a bit weird, isn’t it? That large lump is from an unfortunate collision with some sharp vegetation in the Azores while clambering through a forest like a wild boar at the Golden Trails Championships”…

In 2017, I had what could have been a fatal accident on a glacier on the lower slopes of Mt Blanc; I slipped and started sliding down the steep icy slope uncontrollably, unable to get traction with my axe to stop myself, only coming to a halt when I crashed into boulders part way down. I tore my MCL, got plenty of cuts and bruises and although I was shipped back to the UK in a wheelchair, I was back up and running within a few months. However, these sorts of incidents can really start to play havoc with your mind.

I used to love running downhill, and I always knew I could make up a lot of time in a race whenever there was a technical descent. However, the accumulation of these mishaps over the years has started to play with my confidence. My scars remind me of the painful consequences of falling and rather than tearing downhill kamikaze-style like I used to, I start to question the risks.

But the only way to get over the fear is to put yourself back in those situations. Since the Mt Blanc incident I’m afraid of sliding uncontrollably, waves of fear rushing over my body each time I slip, but the year afterwards, I won a big race which involved racing up and down an Italian glacier to 4554m! Yes, I was scared. But yes, I just got on and did it.

I’m a great believer in the “life is too short, go out and do stuff” mentality and trying to take the positives where you can.

I’ve broken my foot a few times when I’ve been in top form. Yes, it’s mighty frustrating not to be able to race when you’ve put in so much effort, but rather than bemoaning my canceled plans and feeling sorry for my predicament, I’ve just adapted and done something different. For example, with the broken foot, instead of a world series race in Japan, I strapped a sleeping bag to my road bike and cycled around Japan instead. And instead of racing in Nepal, I just did trekking routes on a mountain bike (easier said than done when you have no mountain bike skills).

Last year I was racing in Zermatt and hit my head on a rock as I scrambled up a ridge. I had blood coming down my face and felt terrible but carried on for an hour or so before the organizers pulled me out of the race and made me go down in a helicopter. Although I was concussed for a few days, my legs were pretty fresh, so I decided to run a 100km race in Chamonix a few days later. That’s perhaps on the extreme end of seeking alternatives though. 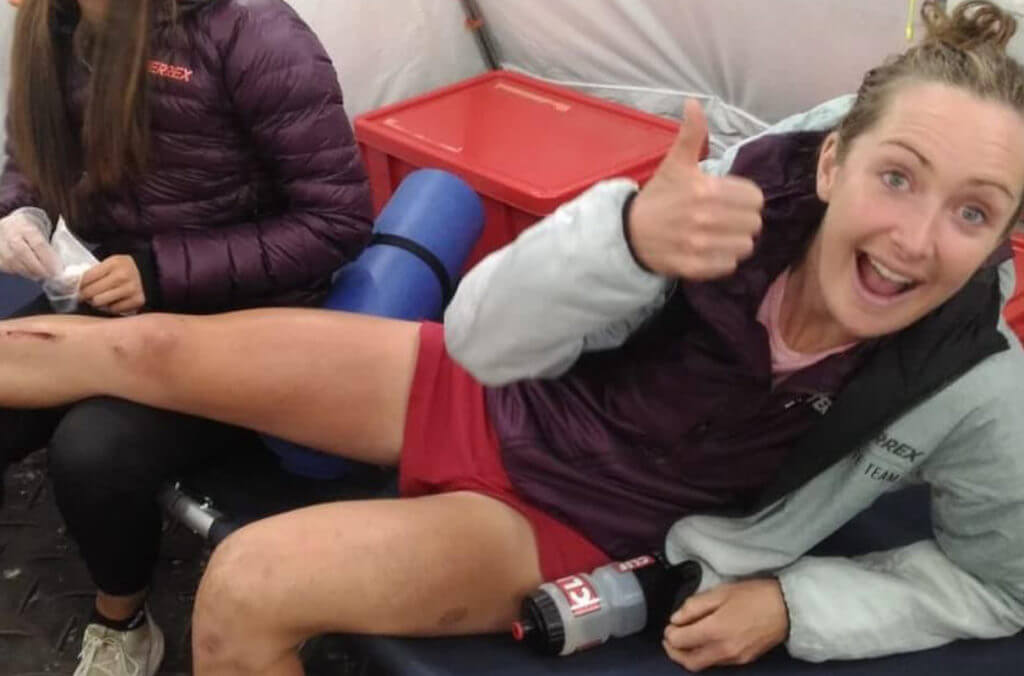 Take your time, think positively and still get outside

No matter what kind of running you prefer, skyrunning, trail running, or road, injuries and accidents will put you out of action for a while, but if they’re only small, they shouldn’t stop you from getting back to what you love. However, don’t be afraid to have some downtime to let yourself heal. Completely switching off from running can really help your mind and body to reset. Yes you will lose some fitness, but it’s not the end of the world and it’s important to see the bigger picture so that you avoid overcompensation injuries later down the line. Sometimes it’s good to take a step back and do something else for a while. Get off social media; nobody wants to be looking at their friends running in the hills when they’re stuck at home recovering. Remember that running doesn’t just benefit your physical health but also your mental health. Even if you can’t run, just walking or even standing / sitting outside does wonders to lift your mood.

A couple of months ago I was stuck in a hospital bed attached to a drip for a week, in a stuffy room with a non-functional window. I managed to prise it open and wedge a chair in it because I knew how important it is just to get some fresh air!

Let’s be honest, accidents and injuries are a pain, but as long as you have some perspective, try to stay positive and remember that there’s always somebody in a worse situation than you are, you will be back before you know it!

Holly Page is a professional athlete with adidas Terrex and one of the world’s best trail runners. Growing up in the North of England, she’s been racing in the mountains since childhood, and these days can usually be found exploring new places and competing in top level competitions on the global stage.

RUNNING AT NIGHT: CHANGE YOUR LIFE WITH HEALTHY HABITS