I went jogging again. But that is nothing out of the ordinary for me – considering that today is the 2,081st day in a row (as of September 12, 2017) on which I have run an average of 22.8 km and a total of 47,500 km so far.
I began doing sports 12 years ago. Back then, my wife Anja and I just wanted to lose a little weight. Like most people, we decided to start after New Year’s: at the time, I weighed 160 kg (352 lb) and couldn’t even imagine running. It wasn’t my goal either. I just wanted to shed a few kilos. 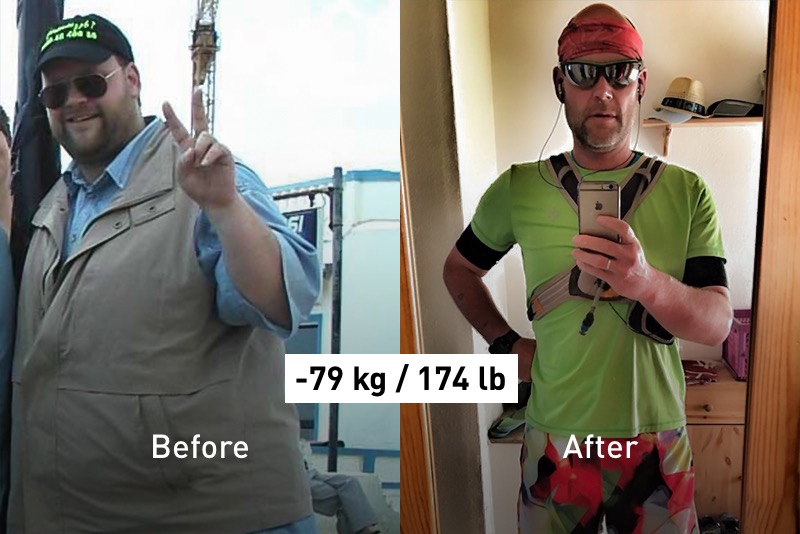 So, my wife and I began to go walking and we changed our diet: no fat, no sugar, no alcohol and an hour of exercise every day – that was our routine from now on. We soon tried power walking and Nordic walking and quickly worked our way up to five or six sessions per week, lasting 1.5 to 2 hours each. At some point, we also started incorporating some running as well. Anja and I would simply lift the Nordic walking poles off the ground and start jogging. We continued to get fitter and fitter.

In 2009, my wife and I stopped running together because we wanted to go at different paces. That’s when I started running with the Runtastic app and the huge community of Runtastic users. I love it when I run past a group of people waiting at a bus stop with the LIVE tracking feature cheering “Go, go, go!” 🙂

From weight loss success to streak running: “Running is my life”

Running for me had always just been about keeping the weight off. And it worked great, too: I lost a whopping 79 kg (174 lb)!

On January 2, 2012, I also began to do streak running. By September 2016, I had run enough to complete my first virtual circumnavigation of the globe at the equator (40,076.6 km). Now I could finally say that I know exactly how far it is and how it feels to run around the world without taking even one day off… I was really proud of myself! 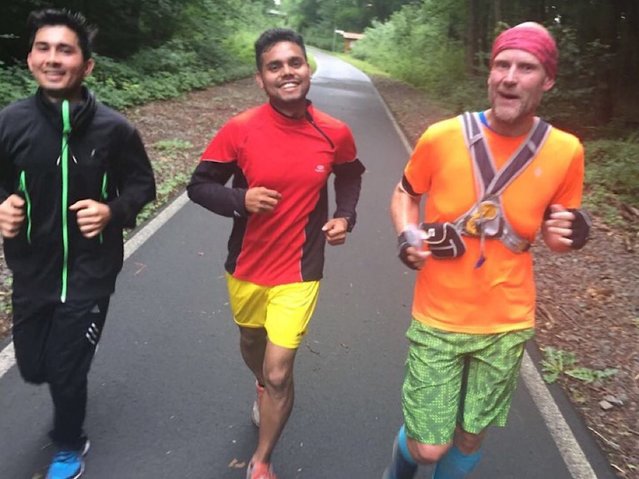 Running is now my life and isn’t just about weight loss anymore. Along the way, I have met so many new people, which never would have happened without running. Even the refugee situation in Europe has brought me some new running buddies: I quickly found some guys from Pakistan, Bangladesh, Iran, Afghanistan, Syria, Guinea and Nigeria who liked to run. They now go with me on my daily run and I really enjoy their company.

I can no longer imagine a life without running. It has changed everything for the better.

Have you also lost weight and would like to tell us about it? Send your story and some before & after photos to mysuccess@runtastic.com.