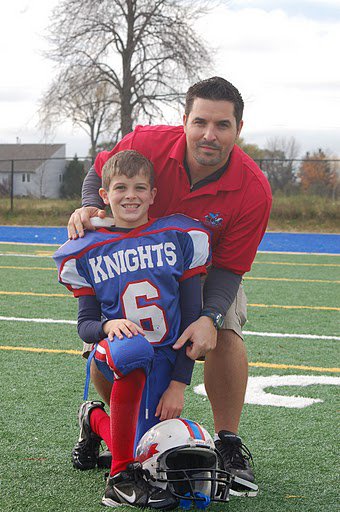 My name is Neall Hards, I come from North Bay Ontario.
One of the things I enjoy most about running is my time to soak in the beautiful Northern Ontario scenery and think. Nothing compares to the beautiful landscape colors and smells of Northern Ontario in the fall, my favorite time of the year to run.
As life became more demanding, there was little time left over for running. When I was in my early 20s I went into the mining industry, living in tents, working 12 – 16 hrs/day, 7 days/week for up to 3 months at a time, running was all but a memory. 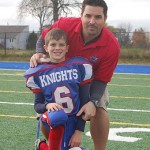 computer science. Our family was growing(Kaeline (Kiki), Eithan, and Masen), and life became more hectic. Still feeling the need to run, I tried to keep it a part of my life and competed in various 5K and 10K races and hit the gym from time to time.

In 2002 a sport injury set me back nearly 8 months. In 2003 I broke my ankle, which slowed me down a bit more, but I kept running as much as possible. Due to job travelling I had the opportunity to run in Australia, Switzerland, Boston, Texas, California, Florida and Toronto.

In the spring of 2011, something happened, I woke up, dusted off my gear, bought a treadmill and started to run between meetings. I decided if I was going to run I wanted to track my progress, did a search and bang there was runtastic, the free app and the 30 day gold trail was all I needed at first but then decided to get serious and buy the App and sign up for the gold membership and haven’t looked back since.
Within 2 months I was running a 30K. I bought a running stroller and incorporated time with my youngest at 6am. Running had become a passion for me again and to be honest the app has been very helpful in pushing me to do better every week and planning new routes. Of course work/life balances still offset running but quickly I pull it back in! 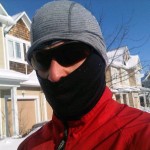 Since fall of 2011 I have been preparing for the more challenging and exhilarating runs, no matter if it means running all winter at -5C or -36C temperatures!
In January a friend mentioned the Tough Mudder (www.toughmudder.com) competition and asked if I wanted to make a team to run the race, I thought to myself, “I can run in +36C and -36C so lets do it!” and not only signed up, but decided I was going to qualify for the “Worlds Toughest Mudder” which is a 48 hour non stop round the clock ultra run…
In February someone told me about the Spartan sprint (www.spartanrace.com), but I found out they had the Spartan Beast race, which is a 19K race similar to the Tough Mudder and a qualifier to the Spartan Death Race, so there was only one thing to do… Sign up for the Beast and qualify for the Death race!
In my search of becoming a Worlds Toughest Mudder and a Death race competitor, I want to share my training, trials and tribulations with you and feel more motivated; runtastic is more than happy to let me share my progress and track it all via the runtastic app.

So here we go, I have been putting more and more effort into my all around training, my profile is open for all to watch my workouts, ask me questions if you think you can call my bluffs and I will prove you wrong.
“Why are you doing this?” You ask… Well I am competitive, love a challenge and if I may steal a response from George Herbert Leigh Mallory when asked ” Why climb Everest?”… “Because it’s there”

Now its time to sit back and enjoy the show, I will have blog posts with videos, my progress, feelings, including my pre-race jitters video and post race results. I am hoping to have the runtastic app running with me during the races, so my fan base of 1 can increase and you can cheer me on!
This weekend on June 30th I will be running the Spartan Beast race with the runtastic app tracking my progress… so folks follow me on my runtastic profile (https://www.runtastic.com/en/users/TOUGH-MUDDER-IN-TRAINING-Hards) and cheer me on!