The Austrian Way Of Life: Beyond Apfelstrudel And Lederhosen 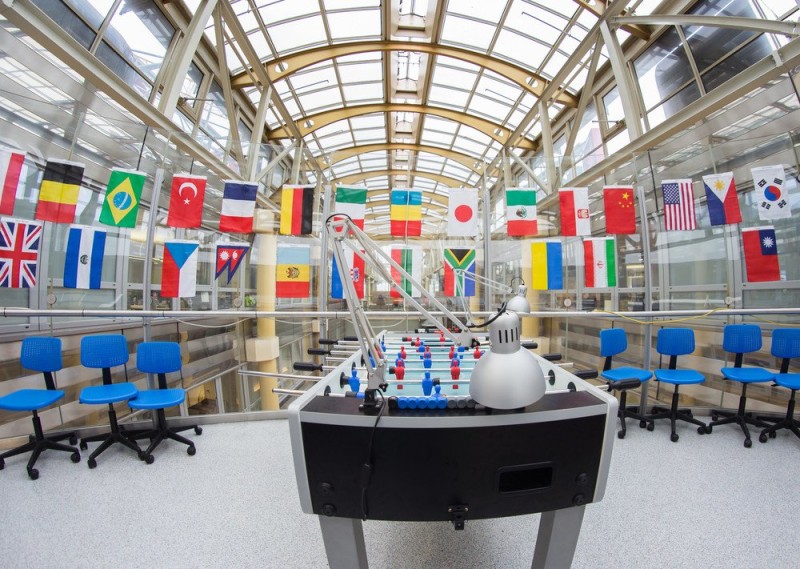 Runtastic brings the world to Austria! In a team with more than 25 nationalities among 140 employees, we learn a lot about different cultures and their habits on a daily basis. The multicultural environment allows us to view things from different angles, helps us to try out new approaches and simply makes us even more open towards the world and what it has to offer!

Now, what is it that makes Austrians special? Are there any unique rules or customs that apply? And what do Runtastics recommend to acclimate quickly? We asked some of our local as well as international team members about their impressions, and surprisingly enough they were quite similar.

“Austrians take any chance to be outside; it is part of their soul.”
(Susana, Mexico)

If you have ever seen The Sound of Music, you are probably aware of Austria’s beautiful nature. And even though you might not meet many locals on a Sound of Music tour bus, you are very likely to find yourself surrounded when exploring hiking trails, ski slopes or crystal clear lakes and rivers.

Numerous Runtastic team events take place outside (regardless of weather conditions), and proposing a hike or bike ride through the area can be a great opportunity to get to know your Austrian co-workers.

“Don’t panic if you don’t understand a word they are saying.”
(Tomoe, Japan)

Austrians speak German. Or do they? Despite previous German classes (or native speaker proficiency) most of our internationals have difficulty following an Austrian conversation. The dialect differs from “Hochdeutsch,” or High German, quite a bit: not only is the pronunciation softer (some might even say they can’t tell a difference between “B” or “P”), but it also varies for no obvious reason. See for yourself:

Even though everybody at Runtastic speaks English and can easily switch from one language to the other, learning German (meaning “Hochdeutsch”) will help you integrate. Trying out the dialect will make it even easier: “I think the fact that I can understand Austrian made it easier for me to get into the Austrian community.”

“Austrians sometimes take being on time too seriously.”
(Giuliano, Italy)

Austrians like punctuality. Period. Activities are usually planned down to the minute both at work as well as after work. Being late (even five minutes) is considered rude, so make sure to show up on time.
In general, Austrians like structure and proper procedures in all aspects of their daily life, “even going out for a pizza is organized down to the last detail”. And even though this might lead to less flexibility and spontaneity, international as well as local Runtastics appreciate the reliable and well-organized way of working.

Ready for a few more clichés? Wiener Schnitzel and Apfelstrudel are very common dishes, which you should definitely try when coming to Austria. However, that’s only the half of it. When going to a restaurant (or “Gasthaus”, as they are called), try a “Fritattensuppe” (soup with strips of pancakes), “Schweinsbraten” (pork roast) or the sweet “Kaiserschmarrn” (fluffy pancake with raisins). For non-alcoholic drinks, Austrians like to mix fruit juices with water (to make them taste less sweet) or even drink white-wine spritzer (wine mixed with sparkling water). Sounds weird, but you will learn to like it.

Dirndl and Lederhosen are not only traditional costumes worn for special occasions, but they have also become trendy in the past few years. Therefore, it is very likely to see teenagers as well as seniors casually wearing more or less colorful variations of the Austrian “Trachten”.

When in Rome, do as the Romans do.
It can be a challenge to move to another country and then adapt to its people’s habits. Therefore, it is crucial to stay open-minded and not be irritated by manners that you might find strange. Austrians are not known for being the most open-minded people (Runtastics are an exception, of course), but once you get to know them better, you will be able to establish long-lasting friendships (even at your job).

Getting used to another culture’s way of life can certainly be difficult, especially when the stores are closed on Sundays or in the evenings (yes, you better have your shopping done by Saturday afternoon). Yet social benefits (such as 25 days of vacation, 14 monthly salaries or free access to health care and schools) as well as beautiful landscapes and a protected environment definitely make Austria a great place to live.

Have you also moved to Austria? We are curious about your experience in terms of language, culture or people!