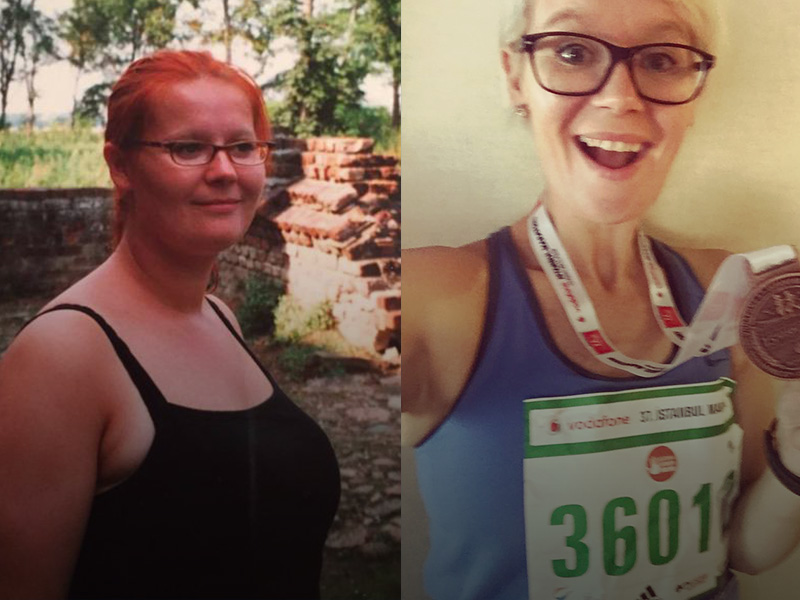 Getting more active, creating new habits or making diet changes: Over the past few years, many Runtastic users have given it their all to burn calories and with every step get that much closer to reaching their goal of a fitter and healthier body. From couch potato to marathon runner, they were all able to turn their lives around. Would you like to do the same? Then let our six best weight-loss success stories inspire you! 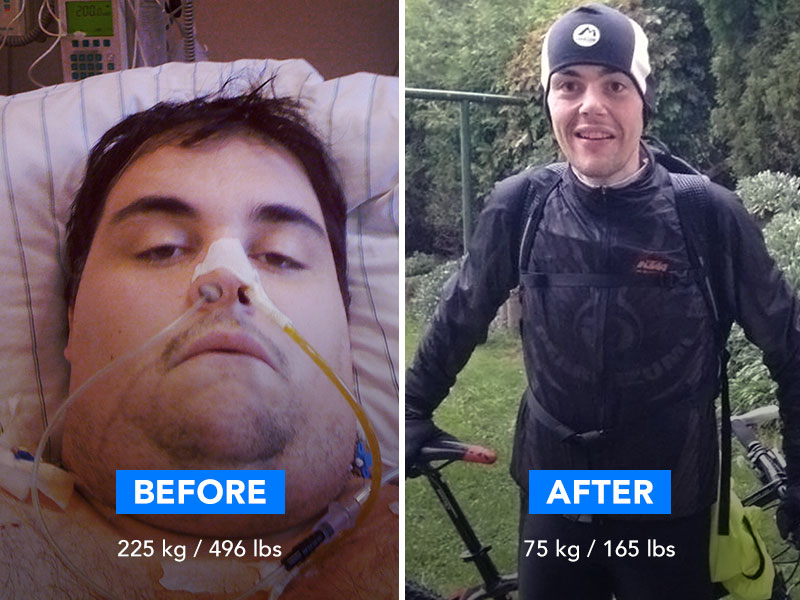 – 150 kg: “Now I am full of life and energy!”
At his heaviest, Thomas weighed an incredible 225 kg. After suffering complications during a routine surgery, he was put into an induced coma. This terrifying experience made Thomas realize that he finally needed to do something about his weight problem. “I knew that I also had to start with fitness and sports to reach my goals,” he said. At first, this consisted of a few minutes on the cross-trainer, but soon Thomas turned to hiking and mountain biking. “The combination of healthy nutrition, regular fitness and Runtastic allowed the weight to disappear kilo by kilo.” Today, Thomas weighs between 73 and 78 kg. Depending on the season, that is. Thomas is convinced that everyone can lose weight when they really want to. “The main thing is to keep going and stick with it.” 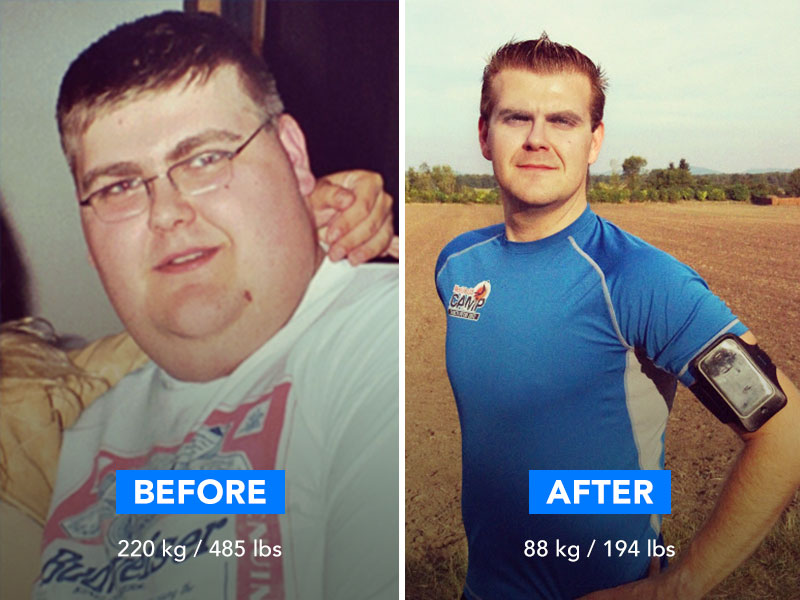 -132 kg: “I had no idea how much I weighed.”
Franz had always been overweight, but the worst thing was that he hadn’t really paid attention to his weight since he was a boy. “Then came the year 2001. Because of a stupid bet I found out how much I weighed,” said the Austrian. He was shocked and stunned when the scale finally stopped at 220 kg. But it took Franz another six months before his weight loss journey finally began. He changed his diet, began riding his bike and started doing strength training. “I shed 20 kg pretty fast, but I wanted to lose a lot more.” Franz is a regular user of the Runtastic app: “It boosts my motivation and helps me monitor my progress.” 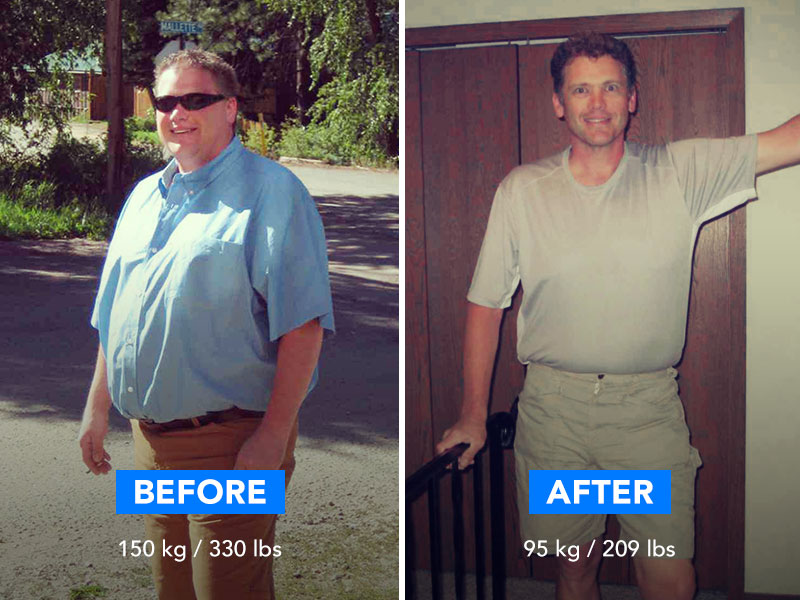 – 55 kg: “My longest walk was more than 13 hours”
“With a lot of time and effort, you can achieve great things. With a little help from Runtastic, you can achieve even more.” This is the motto of Joe, who used to weigh 150 kg. He suffered from diabetes and depression and lacked energy and self-confidence. Finally, Joe decided he needed to get more active. He began walking (running was out of the question due to his weight) and he tracked his activities with the Runtastic app. He continued to lose weight with every meter he logged and even the bitter winters of Minnesota, USA couldn’t stop him. Joe is especially proud of his longest walk: “On September 26, 2015, I walked my longest walk ever, 68 km in 13:49 hours.” One thing is sure: Joe has definitely realized his dream of a slimmer and fitter life. 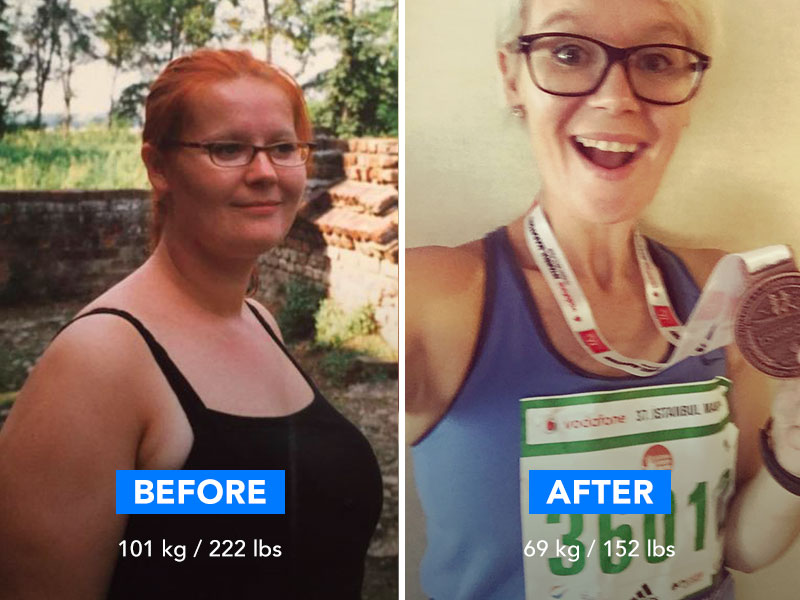 – 32 kg: “I love the new me!”
Manja had also struggled with her weight for most of her life. “2 ½ years ago I decided to finally do something about it rather than keep on punishing my body with unhealthy food choices and bad habits.”  She not only began to run, but she also started using the Results app. The bodyweight exercises really whipped her into shape. After she managed to lose more than 30 kg, Manja decided to have surgery to get rid of the extra skin. “My skin was no longer elastic enough to go back to ‘normal’ on its own.” In the end, Manja not only lost a bunch of weight, but she also gained a completely new life. For all those looking to do themselves something good, Manja had this to say: “If you want to get fit and healthy, give Runtastic a try.” 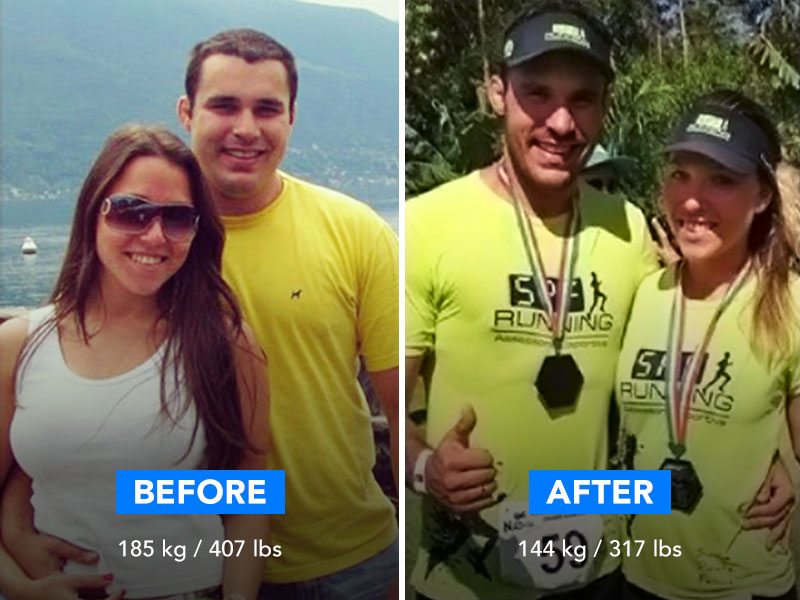 – 41 kg: “Together we are stronger!”
Pursuing the same goals can really strengthen a relationship. At least Melanie and Daniel think so. They began running together, changed their diet and are happier today than ever. Melanie said: “When one of us is not in the mood, the other encourages the unmotivated one to run. Most of the time Daniel is the one who encourages me to run longer distances, and he stays by my side.” 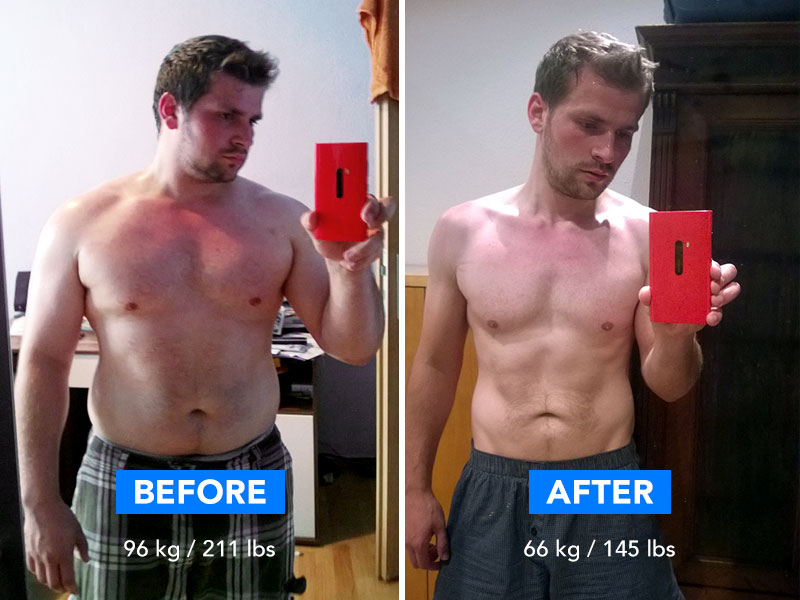 – 30 kg: “A photo motivated me to lose weight.”
Tommy from Erfurt always weighed a few kilos too many. “Three years ago a photo was taken that really shocked me,” he told the Runtastic team. And so he decided to start running. “Before long I was addicted to running and the kilos just started melting off!” Exercises with your own body weight also helped Tommy to get in shape. Today the 27-year-old feels great in his own body: “I’m convinced that everyone can make this transformation. All you have to do is finally take a good look in the mirror and stop lying to yourself.”

Have these Runtastic success stories inspired you? Or have you lost weight yourself, perhaps running with the Runtastic app or with Runtastic Results? Then tell us your story and send us an e-mail with some before & after photos to mysuccess@runtastic.com. We look forward to receiving your message!