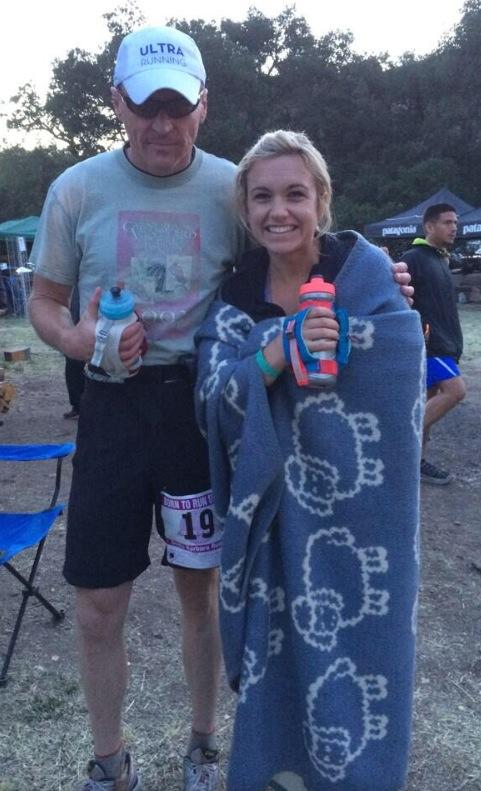 I recently finished my first 100-mile ultra-marathon— Born to Run 2014— tearing through the trails just outside of Santa Barbara in Los Olivos, California.
This wasn’t my first attempt at tackling the 100-mile beast though.

I had tried twice before, once at Pine to Palm in 2012, and then again at Born to Run 2013. During both those races, I came close to tasting glory (making it 76 and 80 miles respectively), but ultimately fell short. But those attempts just stoked the flames of my running passion even more, driving me to accomplish what I knew I could— 100 miles, start to finish. So this year, when I got my second chance at Born to Run, I took it and ran (pun intended).

Here’s what I learned on my 100-mile journey:

Mind over matter
No matter how hard you train for your ultra-marathon, mental training is just as important. If your mind isn’t prepared for what lies ahead, your body won’t be either. At times during my first two ultra-marathon attempts, the task at hand began to feel insurmountable. As my body began experiencing wave after wave of fatigue, my mind quickly followed. Once you fall into this hole, it’s tough to get yourself back out. A minute feels like an hour, a mile feels like hundreds. But how can you snap out of it? Well, there’s no easy answer, but what I’ve found is that you need to look deep inside yourself.

Confidence and determination will take you far in life, especially when you’re out on the trails. When your body is on the verge of shutting down during a challenging race, your mind is the only thing that can keep you going. Remember why you are where you are and what you came to do. “Just twenty more miles.”  Remember how hard you worked to get there. “Ten!” Remember all those that told you that you couldn’t succeed. “Two!” Now remember all those that believed in you and supported you. Let this positivity guide you, fill you with confidence, tell your mind that you can indeed do it.

When I started slowing down at Born to Run this year, I never allowed myself to fall back into that hole of desperation and defeat. I thought about all the people that were there to support me—my friends, my family, the ones that I love. I thought about how badly I wanted to finish with my head held high in triumph. I thought about all my previous mistakes, and refused to let them weigh me down. Even though my body was exhausted, these thoughts kept my mind sharp, kept my feet moving. Eventually, I made it to where I wanted to be—the finish line. With all my cheering supporters surrounding me, the victory was indescribably sweet. I was proud of myself for pushing beyond my limits, even when I thought I could go no further. But more than anything, I was proud that I believed in myself, willing my mind to keep me moving even when my body was begging me to stop.

So on your next run, when you’re feeling like everything is stacked against you, look within yourself. Find your motivation, what drives you, and let it carry you the rest of the way. It might just take you further than you thought possible. 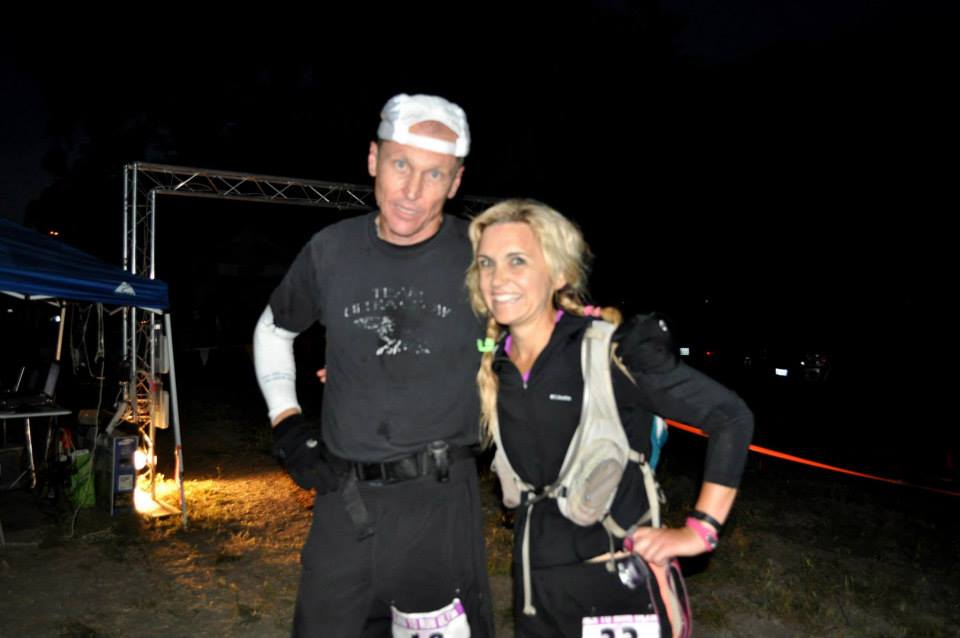 Heed your body
As a runner, it’s incredibly important to listen to what your body tells you. When we run, often times the last thing on our minds is fuel. I know when I’m out on the road or trails; my mind is consumed with the task at hand. One foot in front of the other, step after step. Water—sip it when you need it.

But during my first two 100 mile attempts, I didn’t give my body what it needed and I paid the price. Eventually, after countless miles expending energy without replenishing it in the least, my body had to shut down.

But this year, I came prepared. Loaded to the gills with salt tablets, homemade rice balls (loaded with fruit, peanut butter and coconut) and a crew ready and willing to make sure my body got what it needed. I hit the trails ready for success and, sure enough, it came! Even in my darkest, most exhausted moments, I knew that my body would ultimately decide how far I went, so I listened. I chowed down on rice balls, Jolly Ranchers and electrolytes and eventually even quesadillas (perfect on the go dinner!). I refused to let my body fail me when I needed it the most, and thankfully, it came through for me.

So, on your next run, remember—take care of your body. Hydrate. Replenish your lost electrolytes. Even if you don’t think you need any, have a little food, preferably with a fast-acting carbohydrate. 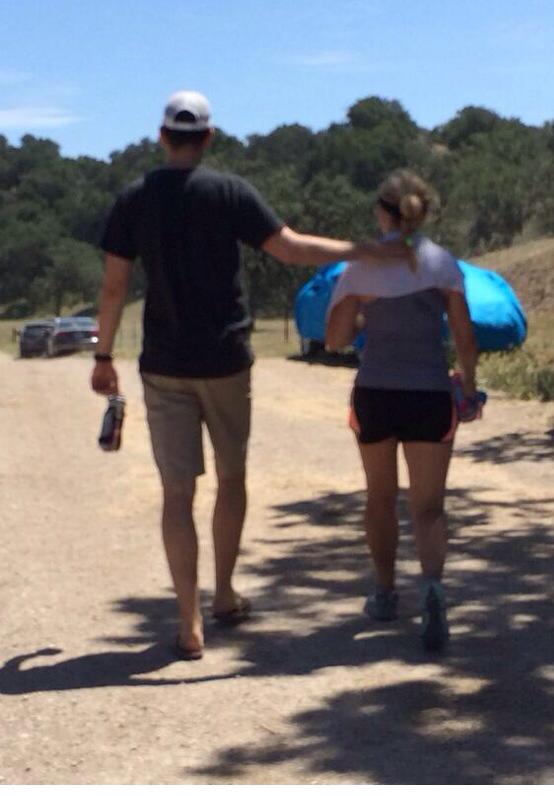 Slow and steady
One of my biggest mistakes in my first ultra-attempts came towards the beginning. After all the training, waiting, and buildup for the events, I was anxious to get going. So, of course, I went all-out during the first few loops of my races, ready to show the world (and myself) that I was ready to kick butt. While it’s not a bad idea to take advantage of energy when you have it (especially when it’s during the cooler morning hours of an ultra race), expending too much just screws you over in the long run. So this time, even though I was tempted to kick it into high gear right away, my running partner and I decided to take it slow for the first few loops, saving that much needed energy for later in the day—when we knew we’d need it.

We were right. The longer the race went on, the hotter things got—peaking in the mid-afternoon. So even though we were tired, we weren’t exhausted, and our planning gave us the confidence and strength we needed to push through the hardest and hottest parts of the race. In hindsight, there would have been no way that I could have knocked out those last miles if I had gone in to the race guns blazing, so I’m glad that we planned out our attack strategy well in advance.

No matter the distance you choose to run, this lesson applies to all road warriors. It’s easy to let our emotions get the best of us. We need them when finding the fortitude to push our bodies past their limits. But if you let them control you, you’ve already lost. So instead, be smart. Plan ahead and think of the big picture. Then, once you’ve got it all mapped out, harness that emotion and passion and use it to conquer what lies ahead. 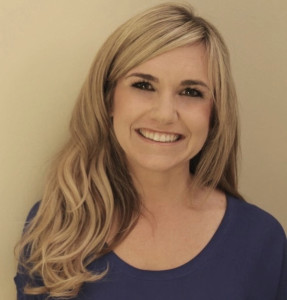 Jamie Walker is the CEO and co-founder of SweatGuru and co-owner of Fit Approach, a wildly popular San Francisco boot camp, blog, and online community whose “Sweat Pink” motto has inspired more than 5,000 global members and 20,000 monthly visitors to lead healthy lifestyles.

There’s still time to do our #WakandaForever Wor