First the Great Wall of China and Now the Ocean 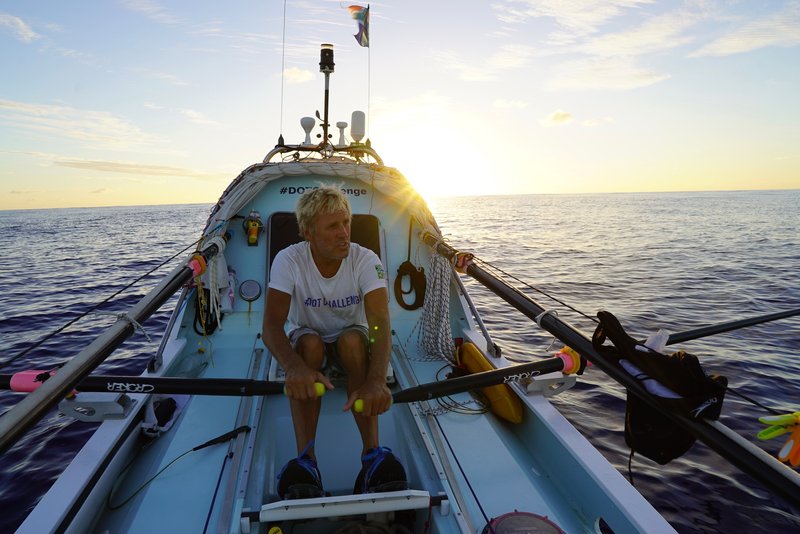 Extreme adventurer, motivational speaker and conservationist Braam Malherbe, together with his rowing partner Wayne Robertson, achieved an epic world first by rowing approximately 8,100 km from Cape Town to Rio de Janeiro Yacht Club. They rowed in a small vessel “Mhondoro” and they arrived at their destination on May 9, 2017, after spending 92 days at sea.

Their mission is to raise awareness of the state of our planet by successfully completing a daunting distance across the ocean in a row boat and launching the DOT Challenge in order that people all around the world can contribute to their passionate planet but more importantly highlight the importance of protecting the Earth and mostly the plight of our oceans – on which all life depends.

This world-first expedition will be recognized as being the southernmost rowing expedition ever undertaken from South Africa. They covered approximately 8,100 km in 92 days and took more than 2 million strokes.

And though Malherbe is no stranger to world-first expeditions- having been the first person, together with his running partner, to run the Great Wall of China in a single attempt (4,200 km, 2,610 miles), and then two years later, another world first by running the entire South African coastline, from Namibia to Mozambique (3,278 km, 1,988 miles) – this is his first challenge in the ocean. 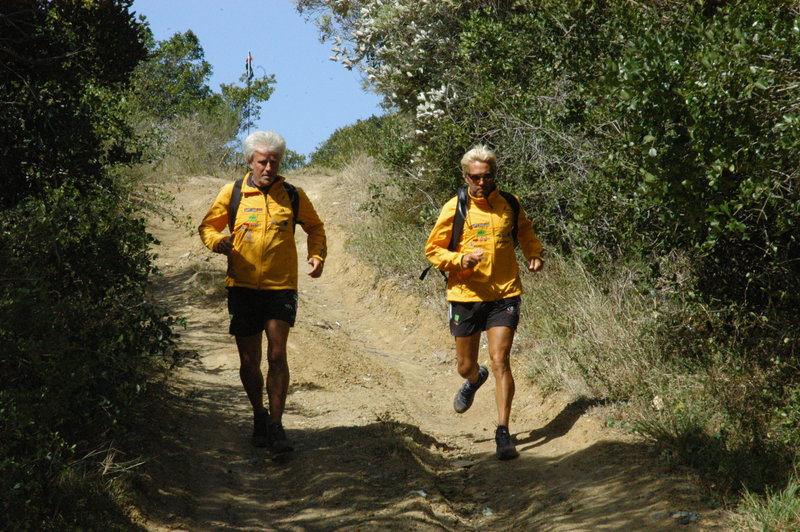 On these prior expeditions, having a support team on route meant that all his energy could be focused on running and each night he could rest and recharge, with his team ensuring that he was re-energized and properly fed. Through these achievements, in excess of 2.5 million rands was raised for Operation Smile, and over 700 children have received operations as a result of their efforts.

Besides the obvious physical and mental challenges of every long expedition, what made this mission so extraordinary was the extremely perilous nature of the crossing in the unpredictable and variable weather conditions of the Southern Atlantic Ocean (commonly called the Cape of Storms, an ominous name not for nothing), the constant threat of collision with other ships or underwater vessels crossing the Atlantic on a similar route and, of course, the frightening possibility of encountering whales. This entailed being on constant and vigilant alert, each of them rowing continuously in two-hour shifts to ensure a safe crossing.

More amazing, however, is that this challenge was entirely unassisted and unsupported. They were not followed by or in contact with a single rescue boat and in an emergency, their only source of help was the closest ship, which might be days away. Thus, communication on this mission was limited to satellite phone and not much more. There were days when they had no contact at all.

Another factor which caused complications was the unseasonable cloudiness which compromised their solar water purification and charging apparatus. On some days, they had to spend hours manually pumping drinking water as their solar apparatus could not function efficiently without the necessary sun. Fortunately, these days were few and short-lived, but it meant that on some days with less wind and having to secure sufficient drinking water, progress was slow.

Malherbe founded the DOT Foundation to support projects that provide education and assistance in one of the four categories – water, waste, energy and conservation – and started the DOT Challenge campaign to highlight the importance of doing one thing for the planet on a daily basis.