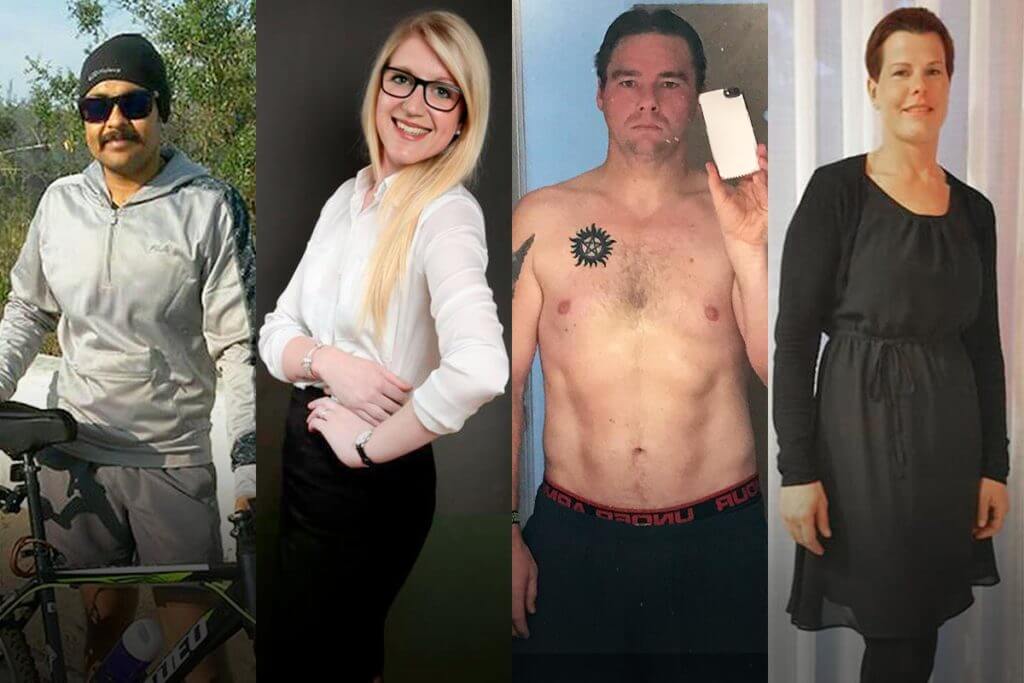 From India to Germany: thousands of people from around the world are using adidas Runtastic apps to lose weight. Today, we would like to share 10 inspiring success stories with you! Maybe they will motivate you, too 🙂

After a check-up at the doctor’s, Sonja knew she had to make a change. So she joined a gym and started working out. “Today, I’m 55 kg (121 lb) lighter. I’m still going to the gym, where I’ve met some really wonderful people. Plus, I go running regularly: at first, I could barely jog 500 meters, but now I can run 10 km nonstop!”

Nicolas used to work as a personal trainer. But then he changed jobs, didn’t have time for exercise anymore and started to put on weight. Eventually, he was diagnosed with a burnout. Step by step, he fought his way back to a healthier lifestyle: Nicolas took up cycling and tracked each of his rides with the adidas Running app. Today, he weighs 30 kg (66 lb) less! His next goal is to compete in the 100 km bicycle race in Crozon.

Martina was a heavy smoker, had high blood pressure and suffered from bone pain because she weighed a whopping 117 kg (258 lb). “At some point, a light went on in my head,” said the 46-year-old. She started to go running with a friend. Although it was very challenging at first, Martina didn’t give up. “My stamina continued to get better. Plus, I started doing strength training in addition to running. In total, I have lost 42 kg (93 lb). I would still like to lose another 10 kg (22 lb).”

Last February, Pawan from India tipped the scales at 114 kg (251 lb). Then he switched to a vegan diet, discovered the joy of badminton and also started running several kilometers a day. “The first step is always the hardest, but I stuck with it and lost 43 kg (95 lb). Today, I compete in marathons and go bike riding regularly. I owe a big debt of gratitude to my family for their support and to the adidas Runtastic apps I used to track all my fitness activities.”

Stephanie weighed 99 kg (218 lb) - which she finally had to admit was way too much. Therefore, she began to pay more attention to her eating habits, reduced the number of calories she was eating and started working out with the adidas Running app and the adidas Training app. “I finally started running because I’m from the countryside and my friends live 30 km away from me.” In only 7 months, Stephanie lost an impressive 32 kg (70 lb).

Alfonso began to lose weight because of an illness. “I weighed 130 kg (286 lb), and I didn’t feel well.” But it would still take a few years before he turned his life around. “I finally started walking and tracking my routes with the adidas Running app. Cycling also helped me to boost my metabolism.” These days, Alfonso goes running regularly and now only weighs 87 kg (191 lb).

“It takes a lot of determination to adjust to living a healthy lifestyle,” says Joe from the USA, who used to weigh 150 kg (330 lb). Joe managed to lose an impressive 59 kg (130 lb) simply by walking and is now in better shape than ever! “I try to walk as much as possible, sometimes even 15 hours a day. I always track my progress and celebrate my success using the adidas Running app.”

Julian: “The treadmill was my archenemy!”

109 kg (240 lb) — that’s the number Julian was facing when we stepped on the scale. So he decided to step on the treadmill instead. Full of determination, the Austrian resolved to win his battle with obesity. “Exercise helped, but food tracking really showed me how to take control of my nutrition,” explains Julian, who now weighs 34 kg (75 lb) less and is loving living life to the fullest.

Audrey from France used to weigh 108 kg (240 lb). Changing her diet and starting to run helped her to  lose weight day by day. “I’ve joined a gym and do my strength training there. My advice to all women: stay confident and ignore any strange looks you might get from men when you’re doing bench presses!”

Determined to lose weight, André decided to take up cycling. Additionally, the Austrian paid closer attention to eating healthy and reducing his portion sizes. Motivated by his initial weight loss, he added running to his routine. “This combination helped me lose 33 kg (73 lb). I am now certain you can achieve anything you put your mind to!”

Do you also have an inspiring success story about how you lost weight, gained muscle or changed your life with adidas Runtastic? We would love to hear it! Just send it to mysuccess@runtastic.com. Your story can help change lives.