5 Great Reasons Why You Should Run a Marathon This Year 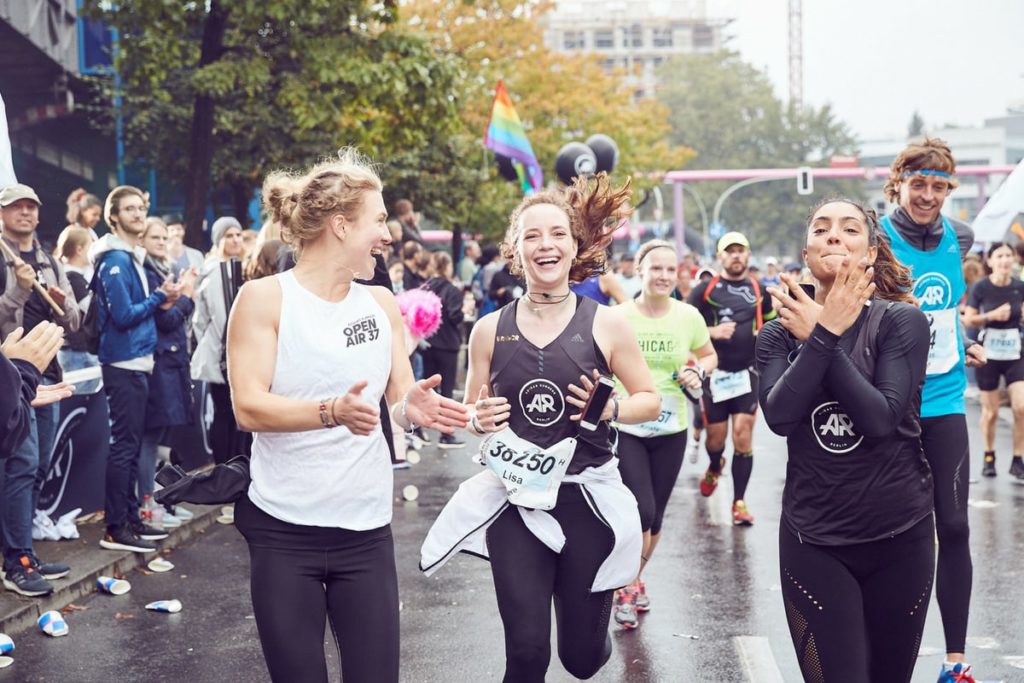 The 2017 Berlin Marathon was won by the Kenyan long distance star Eliud Kipchoge with a time of 2:03:32. Over 39,000 runners finished behind him, the majority of them over two hours later. Clearly those runners didn’t get to the starting line thinking they were going to break the tape in the end…right? 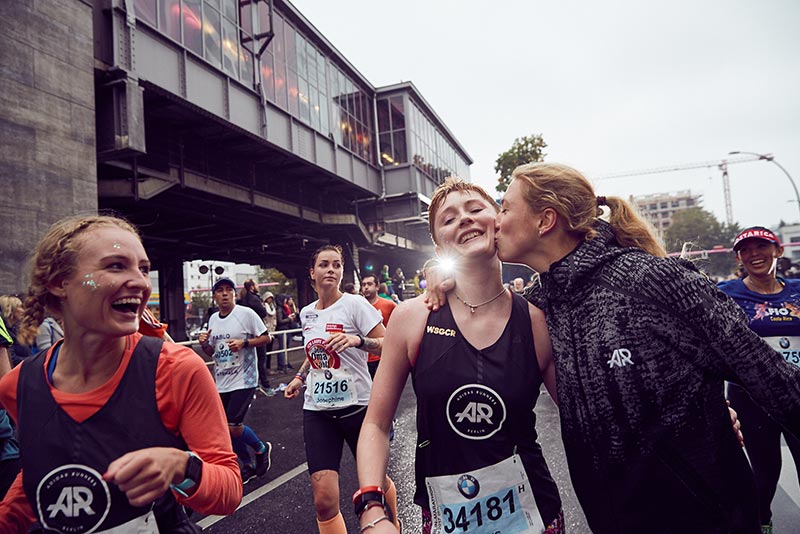 For me it’s Sirius’ Eye in the Sky – the song they play during the last seconds before the start.

I’ve had that song on my iPod for three years. It reminds me of the four times I’ve toed the line on the last weekend of September in the past four years.

My name is Mari. I’m a coach for adidas Runners and work at RUNBASE Berlin.

I have run a couple marathons, and Berlin holds a special place in my heart: it brought me to running. Every Berlin marathon preparation has made me a better athlete and a better runner – more passionate, more patient, hungrier. Thousands of miles taught me things about my body and my mind that I didn’t know before. And mostly about my “why” – why am I doing this?

“To prove to myself that I actually could make it”

Gabby prepared for last year’s Berlin Marathon with Who Said Girls Can’t Race – a group of 35 women from all over Germany. Those women went through a 6 month prep period for their first marathon. “I was going through a tough time that winter,” Gabby describes her motivation to sign up for the project, “I felt like I had quit things that could take me places, and I had somewhat lost my faith in myself. Signing up to run a marathon was something I never had planned on doing before, but I realized it was a great opportunity to prove that I can commit to something and work hard to make it happen.”

No marathon build-up is perfect – and Gabby’s wasn’t either. She fought through recurring knee problems that prevented her from finishing most of her crucial long runs leading up to the marathon. But on the day itself, she not only ran the second fastest time in her whole group, she also broke 4 hours – “almost with a smile,” she says. “It’s still one of the coolest things I have ever put myself through and definitely a life changing experience  – and I couldn’t have done it without our wonderful coaches and the other girls.”

“To find a challenge beyond daily life.”

Pouria advises runners during Medical Monday sessions at RUNBASE Berlin. What many people don’t know is that Pouria has already run a couple of marathons, “…which is not the easiest exercise for a 193 cm (6 ft 3 in) and 96 kg (211 lb) former basketball national team player for Iran who works more surgery hours than he can count and to whom running was never more than the cool down after a ball game,” he jokingly adds. “The marathon is a monster. And the challenge lies in conquering the monster with a certain pride. With the feeling of actually enjoying the race and the atmosphere.” 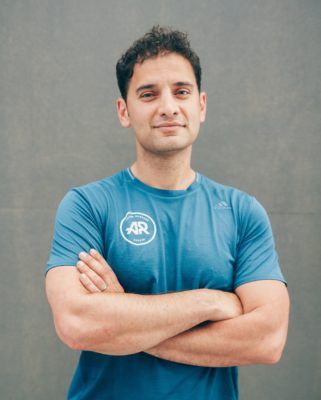 How do you conquer the monster? To Pouria it’s more than just the running. It’s the hustle, to fit in miles around work and family, the strength and conditioning, the nutrition change, and the love and support of his training group that have given him an endless adventure of experiences leading up to the actual race.

“To be INVINCIBLE together.“

Jill didn’t grow up running, she just started when she joined adidas Runners. She set most of her milestones with the community: her first 10k, her first half marathon, eventually her first marathon. “There are plenty of reasons why I started this journey last year. The way my body and mind had changed through running gave me the strength to really consider running my first marathon.” But Jill wanted to share her journey, so in 2017 she founded a running group for girls called Butterfly Effect. “We wanted to show the rest of the world that it is more than reasonable to set your goals high. We were so damn ready to push to limits we had never dreamed of before.” On their journey towards the Berlin Marathon the group of girls grew closer and closer. In the end, Jill found some of here closest friends who taught her “to focus on the ONE THING I wanted the most; fight the hardest and to be proud of myself and my growth.”

“To find out how good you can be among the best.” 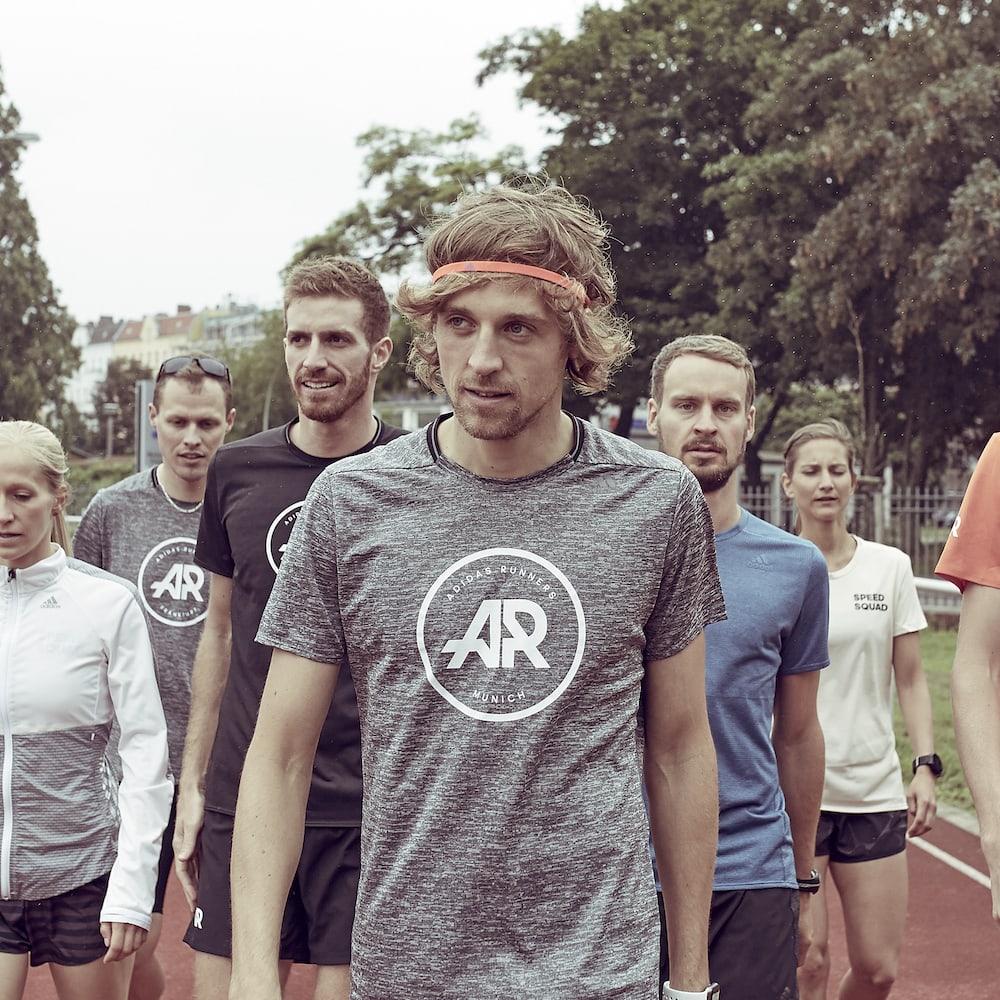 Tobi has run over 15 marathons. His advice? Focus on the main training sessions instead of just on mileage: “Two days per week are key: the tempo training and the long run. And enjoy the journey. To notice during those 12 weeks how you get better day by day can be an extremely rewarding and amazing experience.” Tobi has already paced some elite runners and many adidas Runners to new personal bests on the streets of Berlin. To those shooting for a personal best on September 16, 2018, he has one mantra: “Everybody hurts. Everybody around you hurts just as much as you. Just stay positive. Stay patient. And when it’s your time to go suck it up – do it.“

“For the City of Berlin”

Lisa also prepared for last year’s Berlin Marathon as part of Who Said Girls Can’t Race. Just like Gabby, Lisa faced several setbacks due to illness during her build-up. She kept going because running a marathon was always something that she wanted to do, and because of the city she would be running in: “For someone like me, who has found their home in Berlin, it’s a very emotional experience. You don’t just run through a bunch of streets – you run through the heart of the city you have fallen in love with. Some of those streets you know like the back of your hand, some you just saw at night and some are completely unfamiliar to you. You experience different emotions with every mile you run.” To her, the Berlin Marathon captures the spirit of the city she wasn’t born in but feels deeply connected to. “During the Berlin Marathon the roads are lined with people. You feel like the whole city comes to the streets, friends, family to cheer you on, shout your name, and high-five you. This really encourages you to keep going.”  Smiling, she sums up, “The Berlin Marathon is like Berlin: tough, but with a big heart.”

When you stand on that starting line, you’ll remember all those miles that you ran at the crack of dawn, long after sunset, during busy work weeks, and on really early Sunday mornings. The miles show you what really matters to you. What you need to feel deeply alive.

For every runner that shows up to the starting line each year there is probably a different why.

Mine is Sirius’ Eye in the Sky – the song they play during those last seconds before the gun sounds. When anything, and everything, seems possible.

adidas Runners Team adidas runners is not a running crew. It is an international community of runners that is active in more than 63 cities around the world. Learn more and discover an AR community near you: http://www.adidas.com/adidasrunners View all posts by adidas Runners Team

Why and How to Start a Running Streak

Running Off-Road: These 5 Trail Running Tips Will Get You Started