Cheer Me to Sydney: Things that are truly worth it take time, love & effort 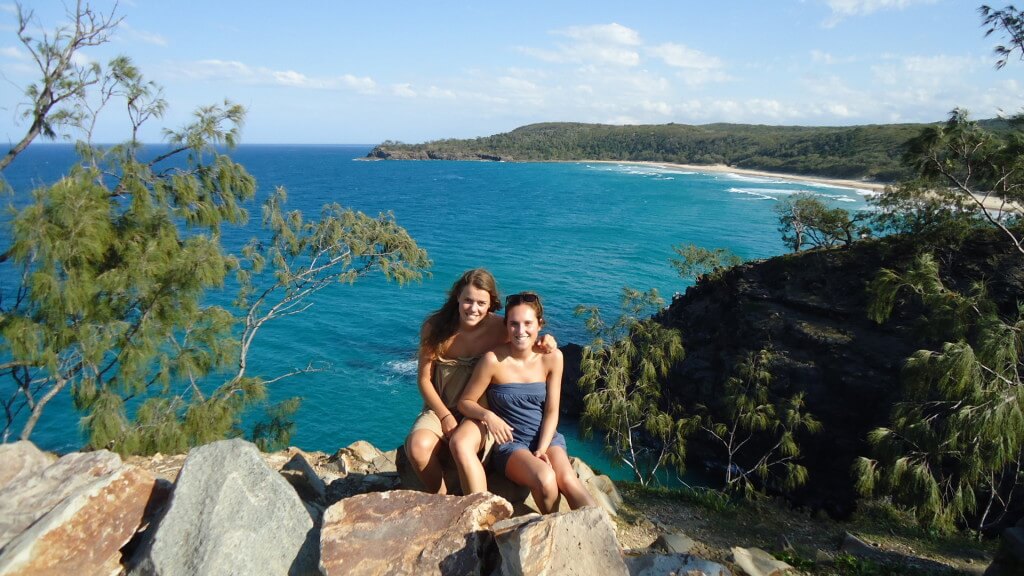 Running yourself to Sydney? Running training in the Botanic Gardens with an Opera House and Harbour Bridge view? Running the biggest fun-run in the world, which ends at Bondi Beach? Running holidays with your best friend along the East Coast of Australia?

YES WE DID! All of our runs were amazing!

The Online Contest
When we first heard about the Cheer Me to Sydney competition, we immediately went crazy!! From the very beginning, we were convinced that this was our chance to go to one of the world’s most amazing cities to run the City2Surf! We had a clear vision and felt the energy to make it happen.

We started brainstorming about our strategy of how to get as many people clicking on Irene’s Runtastic account as possible. From making Facebook events, to considering incentives for our family and friends to participate with us, to writing manuals to explain everything as clear as we could… We did it all! It took some time, but it was fun! We believed in our ability to win, so every minute spent was seen as a valuable investment.

Every day, we saw the number of participants increase on the Runtastic website, instead of freaking out, we kept on saying to ourselves, “It is better to say that we are the #1 participant out of a huge total of 4,000 participants, than just winning out of 500 participants.” But, we did not know what to expect.

We couldn’t do more than our best, but would that be enough to reach Sydney? How serious are the other participants in this competition? Are there any other crazy people like us? People that are taking the competition as serious as we do? People say they will cheer for us, but will they do it on Easter morning? Will they walk their talk? These were just some out of many questions and concerns!

The WIN! Euphoria!
When I received the message from Runtastic that I was the winner of the competition, I was in class. The whole class was sleeping due to the teacher’s boring story, but my ‘WHOOHEEEEE SYDNEY’ scream followed by a superwoman pose ensured that the class was paying attention again! After my blissful explosion, I quickly left the classroom. In tears, I called my best friend Debbie and told her that we made it! EUPHORIA! Words cannot express this feeling, which I will never forget!

Training with Running Fit Australia Coach
As preparation for the City2Surf run, we had running training in the Botanic Gardens on our first day in Sydney! Even though we were doing some intensive crunches and sprints, all the time we were super aware of the fact that we were in a great city. How often do you run with a perfect view on the Opera House and the Harbor Bridge? Probably only once in a lifetime!

City2Surf Run
Starting in the city centre of a vibrant city with over 80,000 other runners, musicians all along the track, runners in beautiful outfits in order to raise funds, a sun above your head, the finish right at Bondi Beach where you can refresh yourself in the sea! That is the City2Surf in a nutshell!

Any negative points? No, not really… We even managed to run the hardest part of the run called heartbreak hill with a smile on our faces! Although we Dutch girls are used to very flat routes, our running coach, Ashley Loft, prepared us very well for this, so it was a piece of cake!

East Coast Australia Holidays
After being spoiled in the 5-star Novotel in Sydney the first week of our trip, it was time to get closer to nature again and so we went on a backpackers trip along the Aussie East Coast! Amazing! Chilling in Brisbane, surfing in Noosa, driving on Fraser Island, tanning on Magnetic Island, snorkeling around the Whitsundays Islands, learning about the Aboriginal culture, spotting crocodiles at Cape Tribulation, and taking pictures of many kangaroos on the way. What diversity! And what a friendly people! Such lovely sunny weather! What an amazing country! OZ-AWESOMENESS….

We are happy that we only covered the East Coast so far, because now we still have a good reason to go back in the future to see the north, west, and south. AUSTRALIA WE’LL BE BACK!!

We would like to thank Runtastic for giving us this amazing and unforgettable experience!